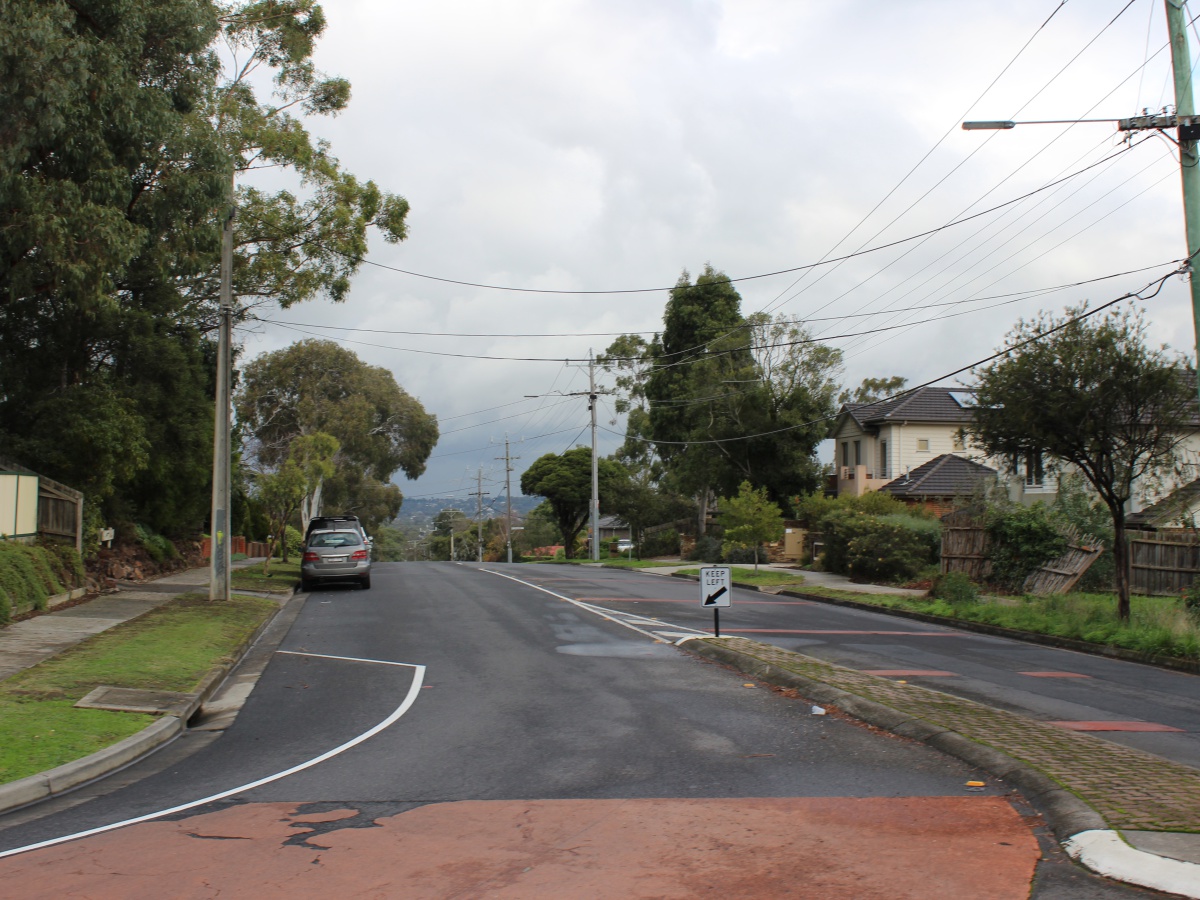 Vermont South is a suburb of Melbourne, Victoria, Australia, 20 km east of Melbourne's Central Business District. Its local government area is the City of Whitehorse. At the 2016 census, Vermont South had a population of 11,678.The eastern boundary of Vermont South is the Dandenong Creek, which flows from the Dandenong Ranges, through to Port Phillip. The suburb was mostly developed in the late 1970s and early 1980s, after developers bought the apple orchards in the area. # History Prior to the first European colonialists, the landscape was thickly timbered bushland, occupied by the Wurundjeri, Indigenous Australians of the Kulin nation, who spoke variations of the Woiwurrung language group. They were hunters and gatherers, camping near the creeks and gullies of the area now known as Bellbird Dell. The creek flowed from immediately north of the Dell, through it and on to join the Dandenong Creek. The first settlers, who were woodcutters and charcoal burners, came in the 1850s before land sales. Selectors followed and they marked out, leased and improved allotments, which would enable them to gain freehold titles from the Crown. Temporary wattle and daub huts were erected and later substantial timber cottages. Apart from some general farming, orchards dominated the landscape until the 1950s and 60s, when the demand for new housing areas led to the subdivision of orchards. Nunawading Council (now Whitehorse Council) began the acquisition of property in 1966, with the purchase of a large block (7.26 hectares) from local orchardist Cecil Rhodes to form Bellbird Dell. Vermont South was the location of the Australian Gun Club in the 1960s and 1970s.In 1972, after heavy rains and the increased run-off from the subdivisions caused flooding of Morack Road and the Burwood Highway, Bellbird Dell Creek was barrelled and the natural watercourse disappeared, with the site and its adjoining land reserve as public open space. Vermont South Post Office opened on 22 October 1974 as the suburb developed. # Weather # Things to do Pin Oak Court is the filming location for "Ramsay Street", in the Australian soap opera Neighbours. A Neighbours Tour Bus operates on a regular basis, which is popular with UK Backpackers. Vermont South is the home of the Nunawading Motorcross Track, just off Burwood Highway. Behind the motorcross track are bush walk trails connecting to Dandenong Creek and a spectacular lookout. The lookout is located at the peak of a man-made hill, which is the remains of the former City of Nunawading Tip, that was closed in the 1970s. These walking/bike trails (Dandenong Creek Trail) connect to the greater bike trails of eastern Victoria, including the Mount Dandenong National Park and Nortons, Napier and Jells Parks. Sportlink is also a landmark. The Burvale Hotel is named after its location, at the intersection of Springvale Road and Burwood Highway. There is a pub, bottle shop (previously a drive-thru, now developed into a Dan Murphy's store) and motel.