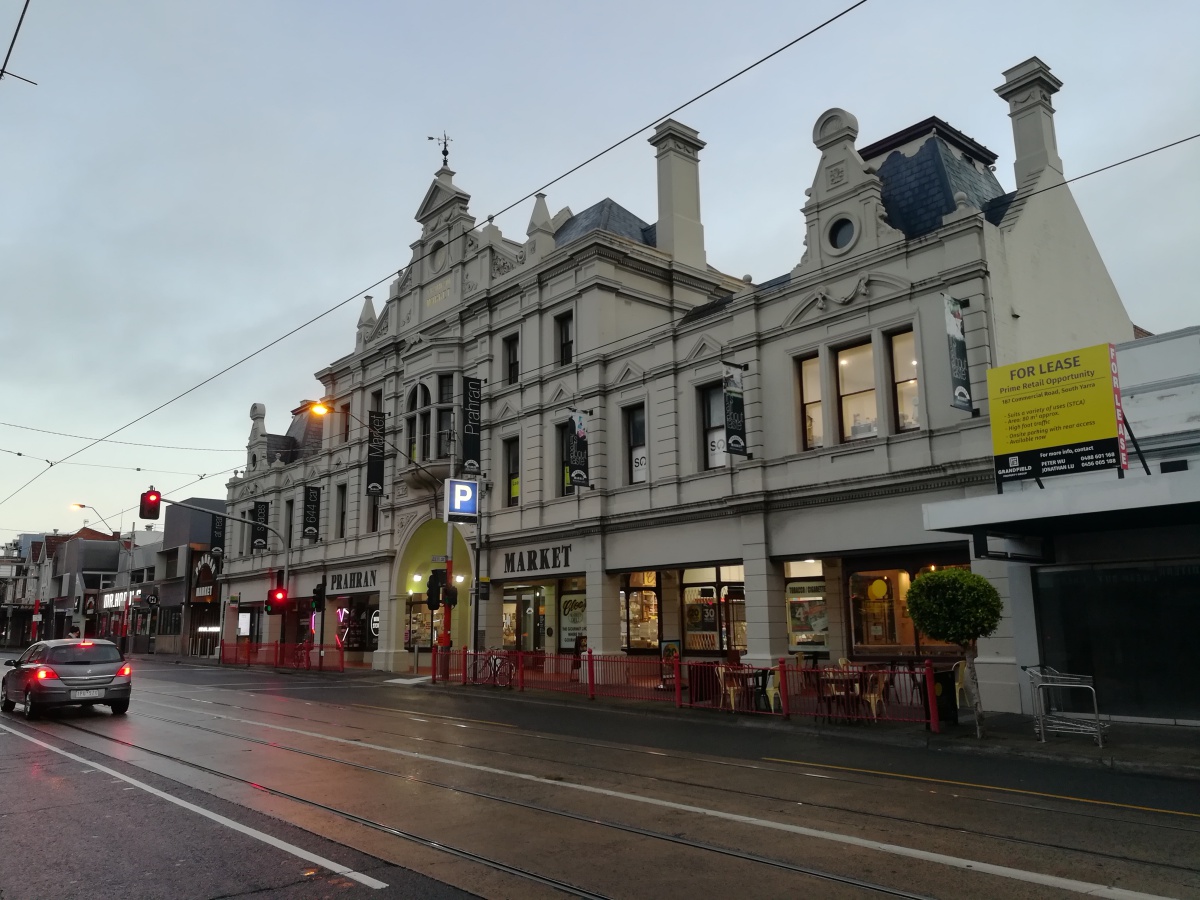 South Yarra is an inner suburb of Melbourne, Victoria, Australia, 4 km south-east of Melbourne's Central Business District, located within the Cities of Melbourne and Stonnington local government areas. South Yarra recorded a population of 25,147 at the 2016 Census. The area east of Punt Road is in the City of Stonnington and the area to the west is in the City of Melbourne. The main shopping region of South Yarra runs along Toorak Road and Chapel Street. Trade along these two arteries are focused on trendy and upmarket shopping, restaurants, nightclubs and cafe culture. The area of South Yarra centred along Commercial Road was for several decades one of Melbourne's gay villages. South Yarra is also home to some of Melbourne's most prestigious residential addresses. Residential land price records (per square metre) have been set by properties in Domain Road, Walsh Street and Fairlie Court. # History South Yarra was originally inhabited by the Wurundjeri tribe of the Kulin nation. The area was settled by European settlers in the 1830s, around the time of the establishment of Melbourne. During the 1840s, it became popular with wealthy citizens of Melbourne as a suburban retreat from the town. Several large houses were built and, together with neighbouring Toorak, it maintained its upper-class reputation into the post-Second World War period. South Yarra Post Office was open briefly in 1854, then reopened on 21 June 1858. During the 1920s and 1930s, many of the large gardens of the older mansions were subdivided and blocks of flats became a feature of the area. From the 1930s, the area around Park Street, where large numbers of flats had been built, became a popular neighbourhood for middle-class homosexuals; at that time an illegal subculture in the state of Victoria. The building of apartment buildings, particularly around South Yarra railway station, continued into the 1960s and 1970s and today South Yarra is one of the most densely populated suburbs in Melbourne. On 12 October 1988, police officers Steven Tynan and Damian Eyre were murdered in Walsh Street, South Yarra. On 8 July 2002, the Salt nightclub in Daly Street was the site of a dispute which resulted in the murder of three men. On 19 September 2005, seven men were found guilty of murder, in the Supreme Court of Victoria. The nightclub was particularly notorious for criminal activity and was finally shut down. # Weather # Things to do