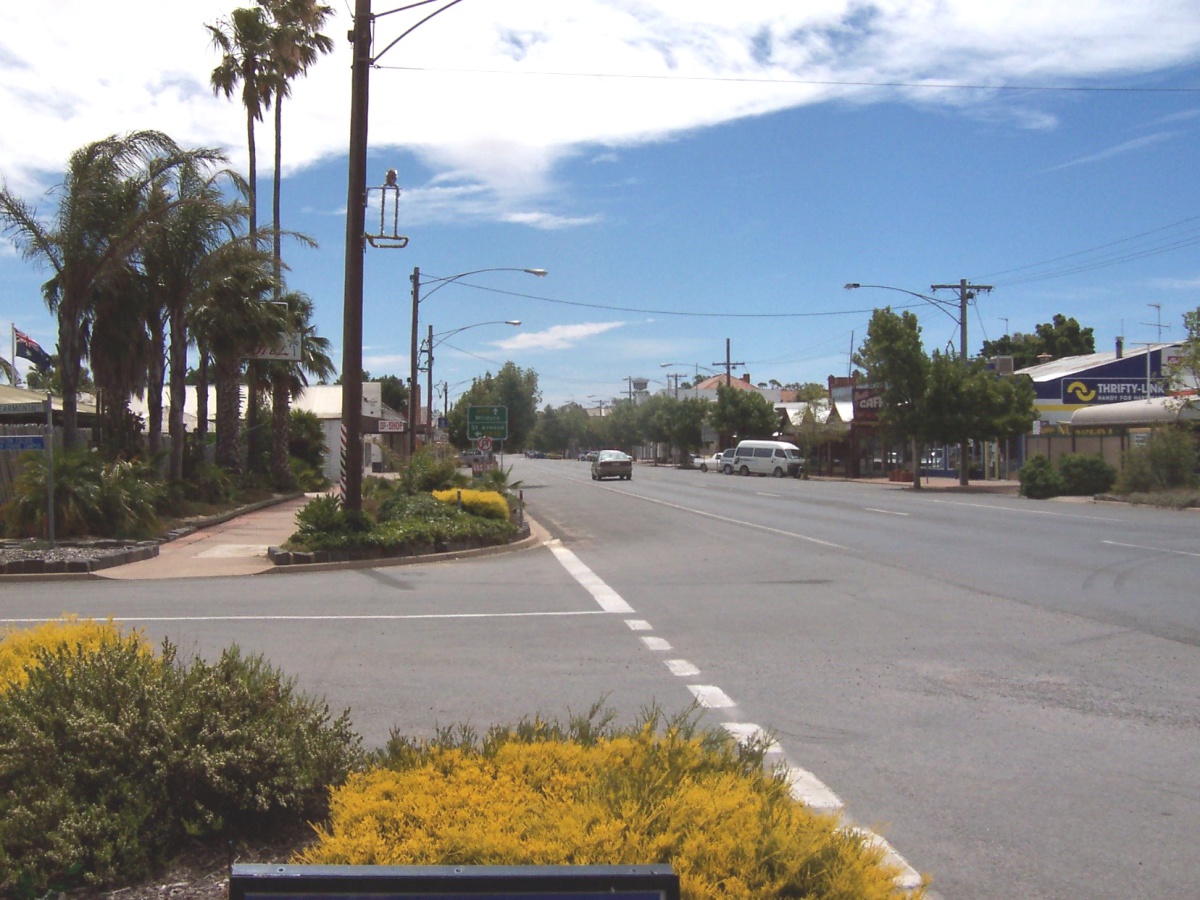 Charlton is a town in Victoria, Australia.

Charlton is a town in Victoria, Australia. It is a small agricultural community straddling the Avoca River, located at the junction of the Calder Highway (A79) and Borung Highway (C239) and positioned in the last of the foothills of the Great Dividing Range. Halfway between Melbourne and Mildura, Charlton is a popular tourist stop. # History The original inhabitants of the region were the Jaara Aborigines. After extensive travels throughout the region by Major Thomas Mitchell, settlement by Europeans occurred in 1848 when Robert Cay and William Kaye established a station and named the region after Charlton near Greenwich, England. Unlike many other towns in the region, Charlton was not established as a result of gold mining, but for pastoral purposes and the proximity to a permanent water supply (the Avoca River). The town was originally named East Charlton due to its location on the eastern banks of the Avoca River, and because another Victoria town was named Charlton (renamed Chute in 1879). The East Charlton Post Office opened on 21 December 1876 (renamed Charlton in 1879) replacing an earlier (1854) office nearby named Yowen Hill.The first bridge crossing the river was erected in 1867 by James Paterson, allowing expansion on both sides of the river. Throughout the history of Charlton, the Avoca River has been known for its spontaneous flooding after heavy rain showers. Floods have often surrounded the town or, on rare occasions, flooded the town. Levee banks were constructed to their present levels in the 1950s, but parts of the town were flooded in September 2010. Minor flooding occurred again in December 2010, with the highest ever recorded flood level inundating the town in January 2011, with some homes within the town having more than 1.6 meters of water above floor level. A prominent landmark is the former hotel, the "Vale of Avoca", built on the site of an early bark hut inn by James and Elizabeth Egan in 1879.Built on a reef of stone, Mrs Egan named the building as being in the 'vale' or valley of the nearby Avoca River. It was delicensed as a hotel in 1942, restored in the 1990s and currently provides bed and breakfast. The first issue of the local newspaper, the Tribune was published on 20 May 1876, the founders being H. T. Henningsen and his step-son, R. M. Klunder. For many years the Tribune was published twice weekly – Wednesdays and Saturdays – but during World War II a shortage of staff and paper necessitated the change to a weekly paper. In 1925 the business was purchased by Messrs Hogan and Gardiner and then followed other proprietors, Herbert Davies and John S. Richardson, and by his widow, Rena M. Richardson, after his death in 1954. In February 1960, Rena Richardson married William Wood and in 1961 she sold the Tribune to Ian and Coral Cameron. In 1981, the newspaper was sold by the Camerons to the St. Arnaud Mercury and the Mercury and the Tribune were combined to become the North Central News. Charlton Magistrates' Court closed on 1 January 1983. # Weather Charlton enjoys a Mediterranean style climate, with long hot summers and mild wet winters. Deep blue skies are regular throughout much of the year as are crystal clear starry nights.Charlton's January average max/min temperatures are 30.4 °C (86.7 °F)/13.8 °C (56.8 °F) and July average max/min temperatures are 13.4 °C (56.1 °F)/3.4 °C (38.1 °F). Annual precipitation is 430.8 mm (16.96") (Source: Bureau of Meteorology [1]). During the Black Saturday period in 2009, Charlton recorded a temperature of 47.2 C, just short of the state temperature record of 48.8 C. # Things to do