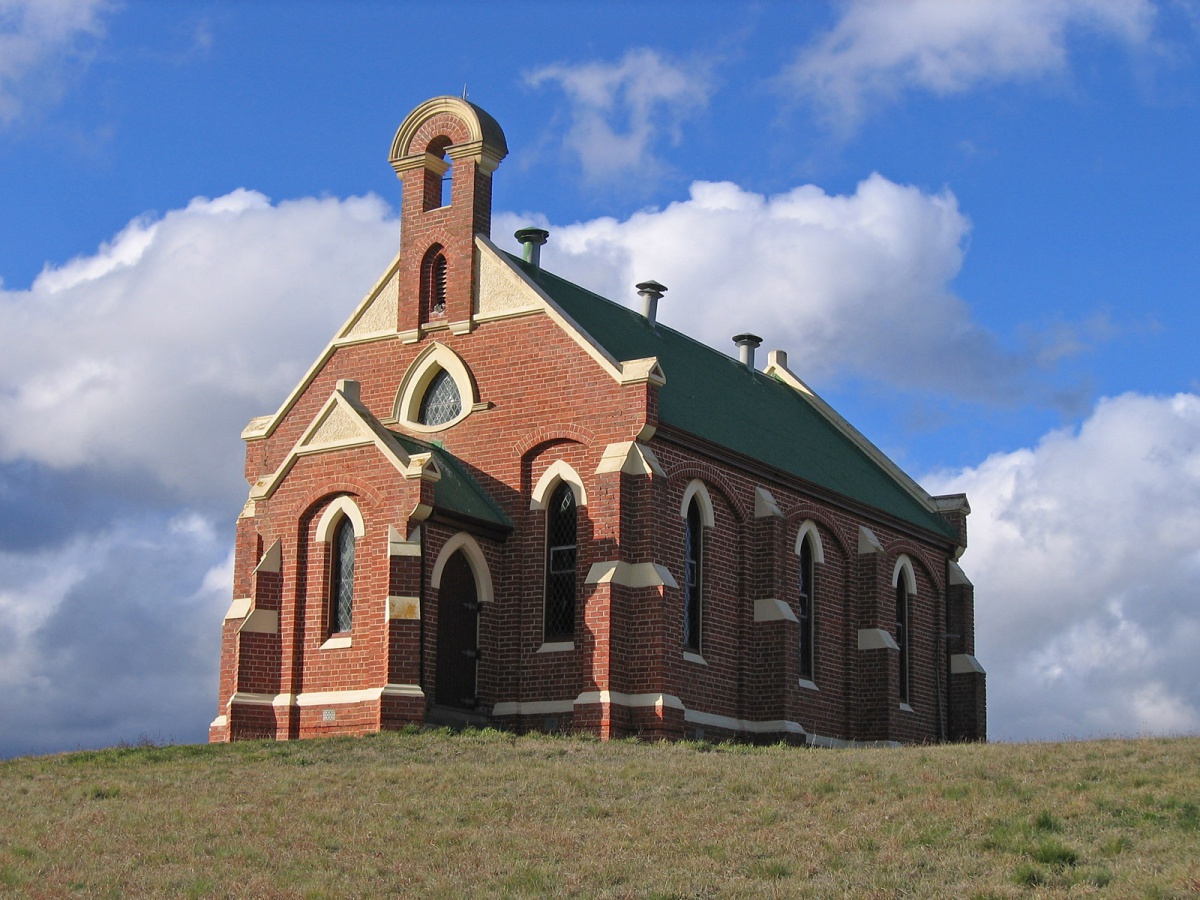 Benambra is a small town 28 kilometres (17 mi) north-east of Omeo and 430 kilometres (267 mi) east of the state capital Melbourne, in the Australian Alps of East Gippsland, Victoria, Australia.

Benambra is a small town 28 kilometres (17 mi) north-east of Omeo and 430 kilometres (267 mi) east of the state capital Melbourne, in the Australian Alps of East Gippsland, Victoria, Australia. Nearby towns include Swifts Creek, Ensay, and the major town of Bairnsdale.At the 2016 census, Benambra and the surrounding area had a population of 149. # History Benambra was one of the first regions of Victoria to be settled by Europeans; this was during the period of 1834-1836, the same time that the first settlements were being made in Melbourne and also at Portland in the state's south-west. The Aboriginal history from this area is not especially well recorded. There was a mountain clan, the Ja-itma-thang, centred on the Omeo area, but this clan would have interacted regularly with nearby tribes, including the Gunai or Kurnai of Gippsland proper. Population levels are uncertain, but were likely highly underestimated by European settlers, especially with consideration given to the fact that observation in the mountains and forests of Gippsland is far more difficult than in the more open parts of Australia. What is clear is that like elsewhere, population levels quickly declined following European occupation due to both disease and conflict, and people from this clan are no longer found in the area. Unlike most of Australia, where exploration typically went inland from the sea, the Gippsland region was first explored and settled by Europeans who came overland from the Monaro region of New South Wales and headed down to the coastal regions. This could perhaps be seen as a natural expansion of the first settlements of Australia radiating out from Sydney, but to do so the settlers had to cross the not insignificant barrier of the Australian Alps. In fact the first to arrive via this route were not explorers in the traditional sense, but ordinary stockmen pushing out to expand their range. The route they initially found put them in the Omeo region, with access largely through present day Benambra. First to arrive was James MacFarlane in late 1834, and in 1835 he returned with two other Highland Scots, George MacKillop and Livingstone, all settling on the Omeo Plains (which stretch from east of Benambra westwards to Omeo). MacFarlane then returned to the Monaro and brought cattle back to the Benambra area in 1836 (which at the time they called Strathdownie). This formed Gippsland’s first squatting run. The Scots were soon followed by four Irish cattlemen from the Monaro. John Pendergast was at Lake Omeo (in Benambra) by 1836, John Hyland took up a run at Hinnomunjie (a locality between Benambra and Omeo), Edmund Buckley moved to Tongio Munjie and Ensay, south of Omeo, in 1836, and his stepson, Patrick Buckley, was at Benambra by 1839. Many of these surnames are still common in the area. By the time of 1839 and 1840 wealthy landholders in New South Wales had become interested in the Gippsland region and funded further exploration of the region. The key explorations around this time were those of another Scot, Angus McMillan, and a Polish scientist-explorer, Count Paul Strzelecki. Both of these expedition parties passed through the then established lands around Benambra and Omeo heading south towards the coast, and both were assisted by the McFarlane family. McMillan completed several expeditions, and while he was not necessarily the first to visit many locations, his explorations were the most important in terms of European settlement of Gippsland proper. On his final expedition he located a suitable port for the region, at present day Port Albert. The route established then by McMillan remains essentially the same major north-south route through Gippsland to this day. This route follows the Great Alpine Road south through the Tambo Valley to Bruthen, then west to Bairnsdale and Sale along the Princes Highway, then south from Sale to Port Albert. For several decades Gippsland operated essentially on this north-south axis, following this route from Benambra and Omeo to Port Albert, but in the 1860s a road was opened from Melbourne to the east, and this was followed a couple of decades later by a rail line and a Post Office opened on 16 June 1886. These developments, along with development of significant east-west shipping on the Gippsland Lakes at the time, reoriented travel and transport to the simpler east-west axis, and demoted the Benambra and Omeo regions to a side branch of this main route. # Weather # Things to do