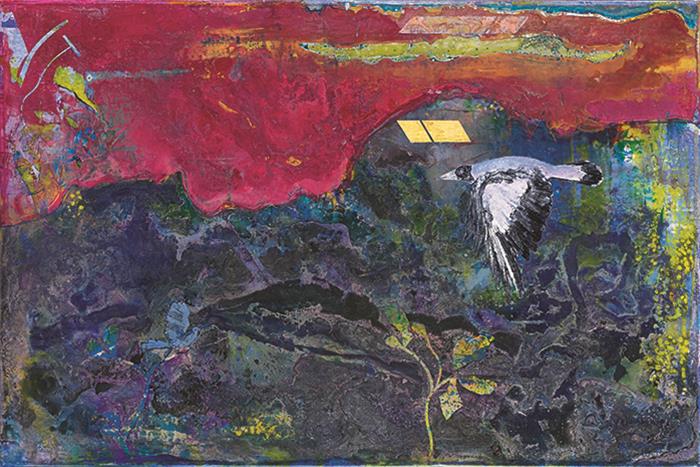 Artist | Well known for his sculptural works, Ben Juniper has also painted since his early years. Surrounded by artists and art throughout his life, Ben’s first solo exhibition of paintings will be held at the gallery in December.
Artwork | This work refers to Ben’s childhood memories of growing up in the Perth Hills – the colourful sunsets, wildflowers, constant song of birds, and the antics of the magpies. The gold leaf alludes to special gold-tinted windows that were a feature in the Juniper house, and can be seen from Perth when reflecting the sun. 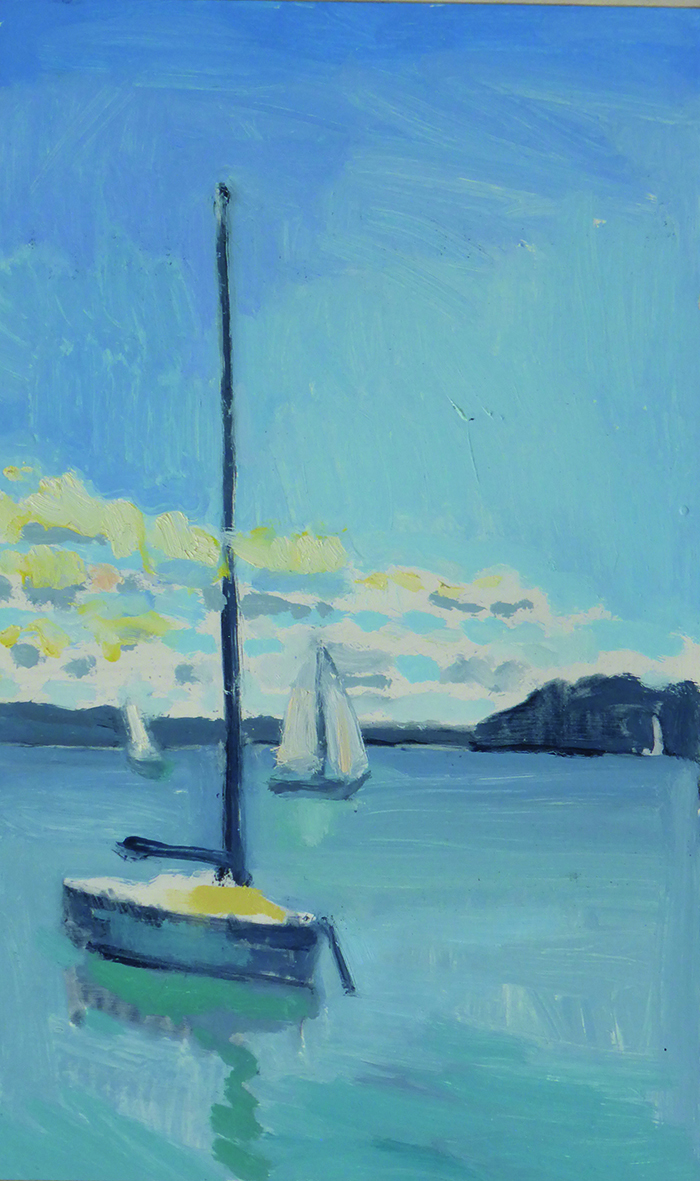 Artist | Jane is a WA painter of still-lifes, portraits, interiors and landscapes. Also an educator in art, she has many solo exhibitions to her credit and is part of February’s group exhibition Urban by Nature.
Artwork | The piece encapsulates a simple moment in time through careful and seemingly carefree composition, subtle colours, important shapes, and brush strokes capturing light and subtle movement. 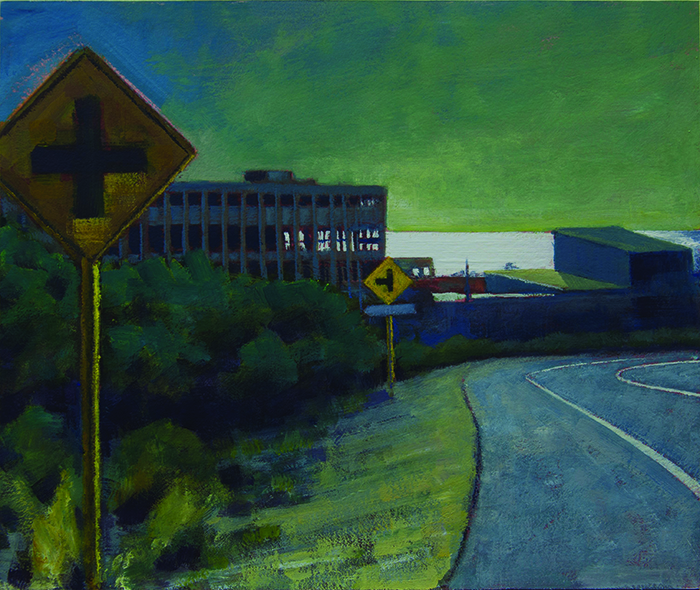 Artist | Ken Wadrop is one of the original ‘high street realists’ who earned himself a national reputation after the exhibition from the Art Gallery of WA in 1980 travelled east to the national galleries. Ken’s work, contemporary at the time, has today mapped the history of Fremantle. Ken is part of February’s group exhibition Urban by Nature.
Artwork | Power House is a recurring theme through Ken’s works. In this piece, a variation of the old power house and the magnificent central light off the water are captured. 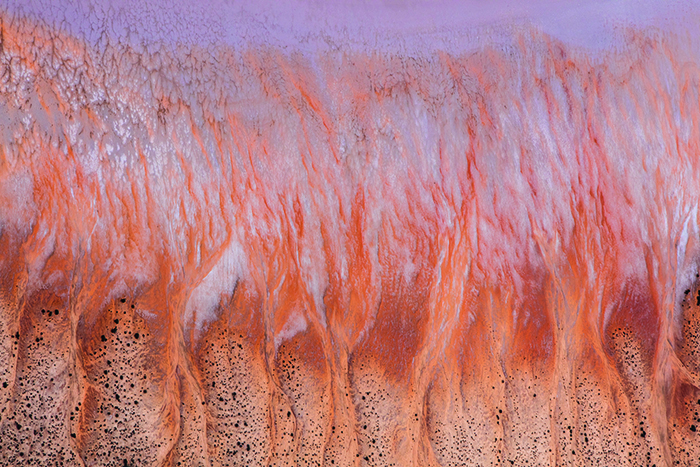 Artist | Martine Perret is a former United Nations photographer living in Margaret River. She began as a photo journalist in Sydney and is highly respected internationally. With this new body of work, Martine is fast becoming
a respected art photographer.
Artwork | Gungurrunga Ngawa (Look Above) was shot above the Western Australian Goldfields’ salt lakes. The ethereal beauty of the area’s unique shapes and textures when seen from the air reveal an extraordinary and ancient land. The artwork will be on show at Voyager Estate, courtesy of the Margaret River Gallery, until the end of December 2015.