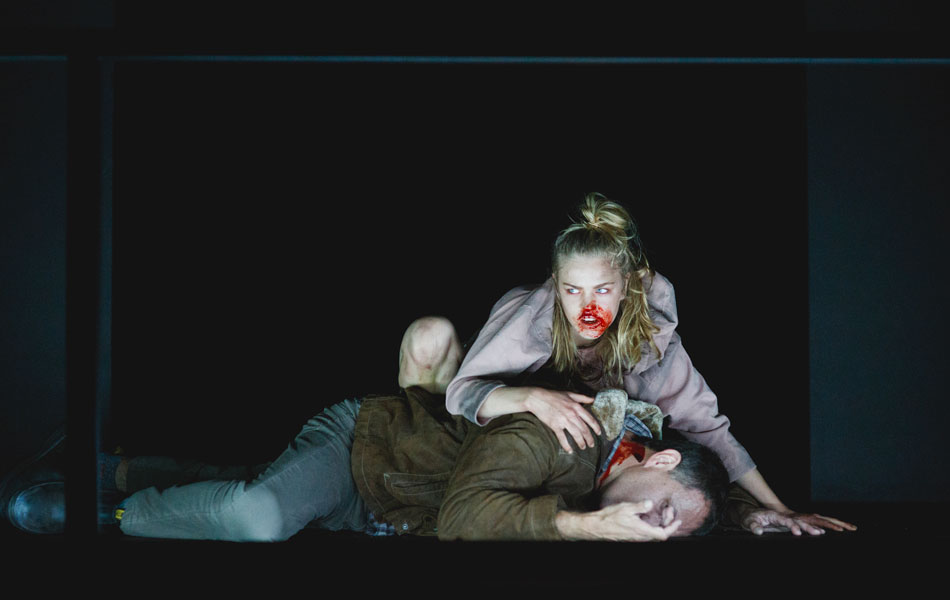 Dark and thrilling, Let the Right One In is a modern masterpiece

Black Swan State Theatre Company’s production of Let the Right One In is contemporary theatre at it’s best.

Black Swan State Theatre Company has never been shy of pushing the boundaries when it comes to bringing solid contemporary theatre to WA audiences, but with Let The Right One In, the renowned company has outdone itself.

For those unfamiliar with John Ajvide Lindqvist’s story, Let The Right One In follows the bullied, lonely Oskar, a twelve-year-old boy who lives with his mother in a small apartment block. One night, he meets the enigmatic Eli, who has moved in next door. As their friendship progresses Oskar soon realises that there’s more to Eli than meets the eye, including her involvement in a number of grisly murders that have shocked the small town.

To give away any more would be to ruin the tense, thrilling tale that playwright Jack Thorne has created. Far from staging a straight re-telling, director Clare Watson (also Black Swan’s Artistic Director) has pulled out all the stops to ensure that the staging and technical aspects of the production perfectly complement the edge-of-your-seat dialogue.

When the imposing set is revealed as the curtain lifts, you’re under no doubt that this is going to be more than just your average production. There are some very impressive effects – ropes, wires, lighting, pulleys, graphics, plenty of fake (we hope!) blood and more are all used to create a performance that is eye-catching, seamless and undeniably clever.

Sophia Forrest is the perfect mix of innocence and experience as the mysterious Eli, while Ian Michael hits a home run on his Black Swan debut as the vulnerable, lovesick Oskar. The versatility of the rest of the cast shouldn’t go without mention, with every single performer flicking through character after character with ease and giving a sense that the cast is double what it says on the bill.

This is an edgy, contemporary piece of theatre, and one that will linger in your mind long after the curtains have come down on that incredible set. Miss it and you really will regret it.

Let The Right One In is at the Heath Ledger Theatre, State Theatre Centre of WA from Nov 11 to Dec 3. Find out more.