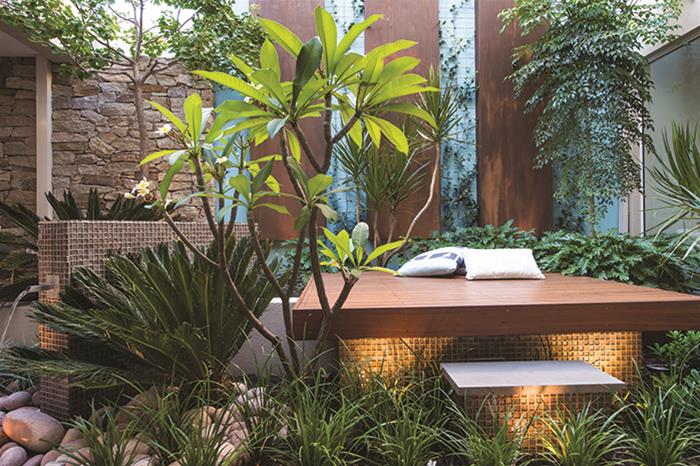 6 Jan, 2016
Web
Cultivart Landscape Design demonstrates that homeowners do not need to compromise on style when they have limited space to work with, by creating spectacular garden designs for Perth’s smallest blocks.

Small block sizes are steadily becoming the norm in suburbs close to the city and new estates along the coast, which means landscape designers are having to think outside the box to create equally attractive outdoor spaces with limited room. In this case, the small 250sqm site was within walking distance of the beach, and left its owners with a 4.2×5.6m external courtyard for outdoor entertaining.

While many landscape designers can feel limited by space constraints such as this, Janine Mendel from Cultivart Landscape Design took it in her stride, to create an enchanting space that the owners are proud of. 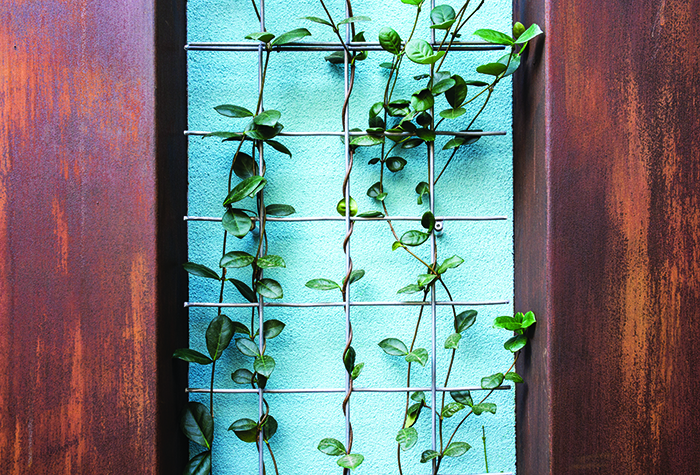 She designed a contemporary, edgy garden with a tropical feel that fulfilled the brief and addressed client concerns. These included a significant water feature, and lush, inviting foliage to disguise the rectangular nature of the courtyard.

One of the other client concerns was the potentially unattractive view towards the adjacent house, which had not yet been constructed. Janine decided to factor this into the design, and requested the neighbour’s house plans. This was integral to the success of the design, as it was apparent that more than half the north-facing courtyard would have the neighbours’ unattractive brick wall as its imposing view.

This gave Janine the impetus to design a tall blue layer of wall in front of the parapet to house the soaring Corten steel panels. Weldmesh was incorporated between these panels to give an industrial feel, and a solid climbing frame for future planting.

The alfresco area was clad with Eco Outdoor Alpine stone on the northern wall, and the planter box was replaced with a built-in day bed.

The owners of this Kings Park apartment have lived in Bangkok for many years, but return to Perth for business every month. They requested a tranquil courtyard they could retreat to on their return, one that was contemporary Australian with a subtropical flavour.

Several design considerations were to be addressed, the first being the fact the entry gate for visitors is at the opposite end of the courtyard, where the garage and the guest parking is located. A feeling of journeying through the space, plus a clear direction to the front door, needed to be created. A significant water feature was requested and the garden was to have a subtropical lushness to it, with colour and fragrance. 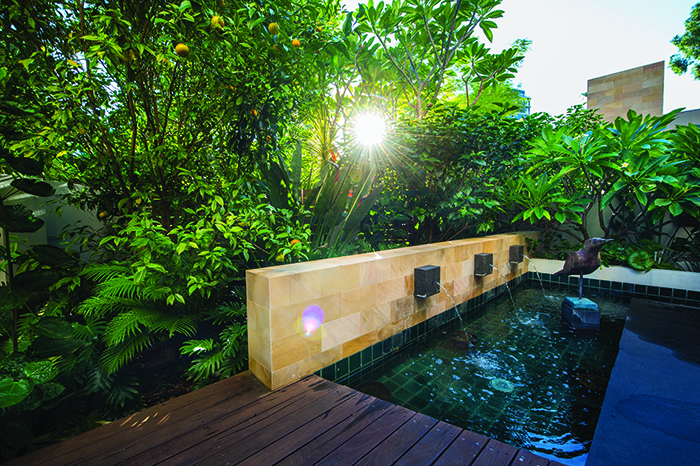 Since the apartment block is multi-storey, there were restrictions on what could be done within the courtyard. Nothing could be visible from the outside if it would compromise the architecture of the building. Permission had been received to cover a portion of the courtyard adjoining the living room, but the owners of the building determined the angled shape of the roof.

The rectangular column supporting this roof is clad with Kimberley sandstone to match the piers that flank the main entry into the complex. Ascent through the sloping courtyard is by means of well-proportioned rectangular layers rather than one short staircase. Cultivart owner Janine Mendel designed five large angled granite tablets, which are set in to the timber decking. These are recessed significantly to create a floating effect. 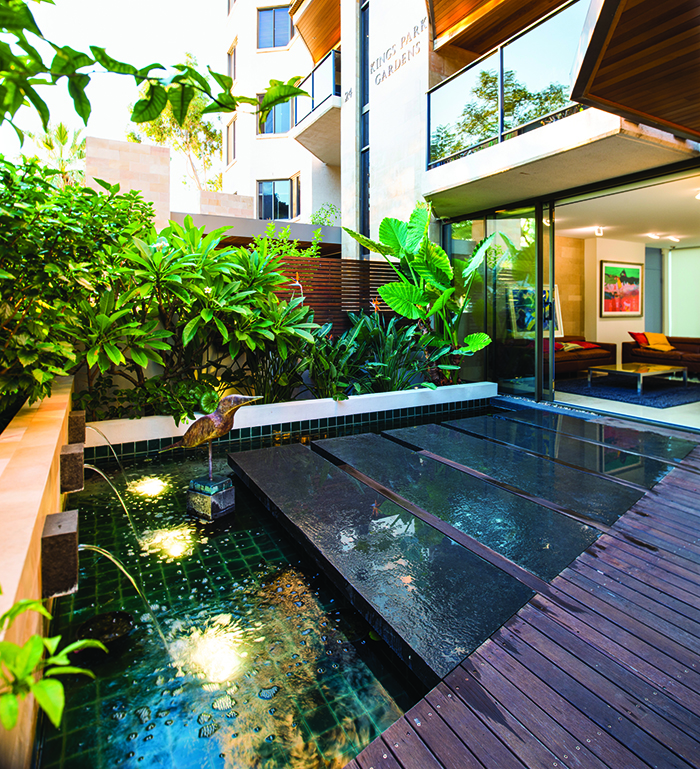