Award-winning English drum and bass band Rudimental are making an appearance in Perth to promote their new album ‘Toast To Our Differences’. These East London luminaries will be supported by Australia’s own Sneaky Sound System at Metro City on May 31st. Get tickets here. New Zealand sibling duo Broods will bring their catchy electro-pop tunes to Fremantle as they tour their new, cosmically-inspired album ‘Don’t Feed the Pop Monster’. You won’t want to miss the chance to be among the first in the world to hear Broods’ brand new songs amongst their existing catalogue of hits at Metropolis Fremantle on June 1st. Get tickets here. After the release of their fifth album ‘LM5’, British popstars Little Mix are preparing to tour Australia. After winning multiple Brit, MTV and Teen Choice Awards, the girl group are set to perform at the RAC Arena on July 13th. They will be supported by New Zealand pop act, Robinson. Get tickets here. Grammy, Golden Globe and Emmy-award winning Donald Glover, a.k.a. Childish Gambino, is hitting Perth this July. You won’t want to miss the multi-talented rapper, who is also a writer, producer, director, actor and comedian, while he stops over at the RAC Arena on July 14th during his Australian tour. Get tickets here.

Check out more concert tours in Perth below. 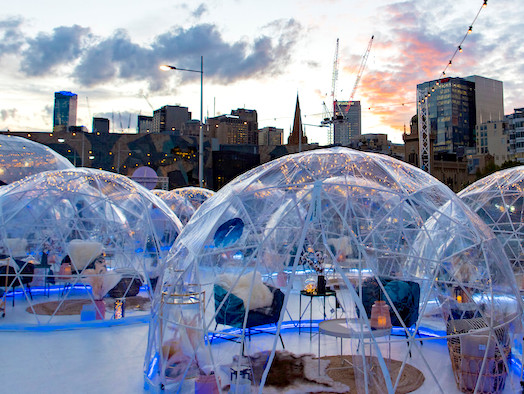 Perth is set to get a little chillier this year, as The Winter Village comes to town on May 28, 2021. An alpine-inspired winter wonderland, the mega pop-up features an ice skating rink, igloo village, daily snow showers and plenty of cosy comfort food and warm beverages. Popping up at the Ice Cream Factory in […]