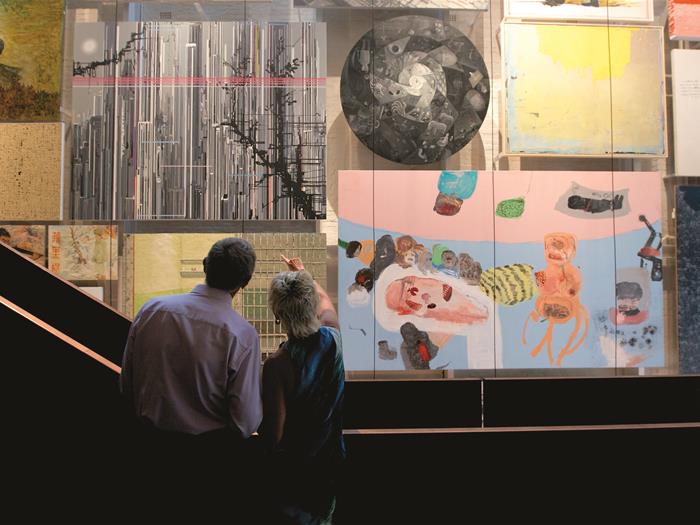 9 Jul, 2014
Web
Art collectors and their privately owned galleries will help pave the way for the future of West Australian artists.

When your art collection reaches critical mass, is the next logical step to create a museum for it? For a number of private collectors, doing just that has been the ultimate fulfilment of their passion.

If collecting art is an addiction then building your own art museum must be the ultimate rush. When you have established a collection of paintings, objects or curiosities, the impetus that drove their acquisition compels some collectors to create the perfect environment in which to enjoy their works.

This is compounded by their desire to share the works with others. Marc and Eva Besen opened their TarraWarra Museum of Art in 2003 as a privately funded public museum because they wanted not only to create beautiful spaces for their large collection of Australian contemporary art, they also wanted to make it available to the people of Australia.

The first private museums were a product of the Age of Enlightenment and the individual collections they held were designed as repositories of knowledge that documented the wonders of the natural world and the ingenuity and inspiration of human beings. These Wunderkammers – or Cabinets of Curiosities – were comprehensive collections of fascinating objects, such as natural or ethnographic items, antiques, religious or historical artifacts and, of course, works of human imagination. One of the first of these expansive collections to be made available to the general public was the Ashmolean Museum in Oxford, which opened in 1683 to display the treasures Elias Ashmole had donated to Oxford University. Since then collectors like the Besens have followed suit to educate, stimulate and inspire.

Creating the ideal setting requires a finely wrought partnership between the client and the architect. At TarraWarra, Allan Powell produced a wonderfully sympathetic building that runs along the contours of the Yarra Valley and beautifully showcases works from the collection. Perhaps the most dramatic example of a client-architect partnership in Australia is David Walsh’s extraordinary Museum of Old and New Art, which rides the Berriedale peninsula in Hobart like a battleship under full steam. Holding his massive collection of artwork, the museum has become a tourist destination, which like Frank Gehry’s Guggenheim Museum in Bilbao is credited with turning around the economy of its host city.  Nonda Katisilidis created the idiosyncratic environment that Walsh was seeking for the artworks, and the result is both breathtaking and thought-provoking.

It is hard to imagine even the most dedicated collector beginning with the impulse to create their own museum, but once the fire is kindled and artworks hang on every available wall, the need for more hanging and storage space fuels the inevitable question about ongoing purchases, presentation and future proofing. With a large collection of contemporary Australian art already filling their home and office, Corbett and Yueji Lyon developed the concept of a ‘housemuseum’ to accommodate their family and their collection. The idea of the housemuseum has a long history, beginning with the Medici in Florence, but one of the most famous is the home and museum Sir John Soane created for himself in London. Also an architect, Corbett Lyon embraced Soane’s model and created a crisply designed series of spaces that balance expansive museum-scale galleries with more intimate domestic environments. Their housemuseum in Melbourne’s Kew was open to the public in 2009.

Public museums work under strict guidelines and operate within prescribed governance structures, whereas private museums are able to be more focused, quixotic and mutable. As a consequence, they add greater diversity to the existing palette of museum offerings – their collections can be deeply idiosyncratic because they reflect one collector’s tastes. The Neilson family began collecting the work of contemporary Chinese artists in 2000 and opened The White Rabbit Gallery in 2009 to showcase their collection. Dedicated to work created in the 21st century by artists from the Chinese diaspora, the White Rabbit Collection now includes nearly 1000 works by more than 350 artists. Located in a converted Rolls Royce service depot in Chippendale, it presents regular exhibitions and public programs, and even has a Chinese teahouse.

The mutability of private museum spaces is often the result of circumstance and opportunity. When Janet Holmes à Court first decided to open a gallery to showcase her collection and present the work of artists she admired, she chose a building in East Perth where she also had an apartment. Then, in 2010, she relocated the gallery to the family’s winery in Cowaramup, identified as a tourist area and with the added attraction of Vasse Felix wines. She continues to present exhibitions that showcase over 4000 works of Australian Aboriginal and non-Indigenous art that she has collected over the past half century.

With interests spanning continents and centuries, Kerry Stokes has amassed one of the largest private collections in the country. Including Aboriginal art, a comprehensive collection of Antarctic exploration memorabilia, an extraordinary assortment of illustrated books, Australian art, contemporary international art and manuscripts, it now comprises more than 8000 works. Once spread across the country in the offices of the Seven Network and often on loan to museums and galleries, the collection has recently found a permanent home adjacent to the offices of Australian Capital Equity in West Perth. Staff have works in their offices and can wander across into the three floors of exhibitions showcasing some of the collection’s remarkable treasures. Although not open to the public, it presents as a very sophisticated curated museum to those lucky enough to gain an invitation.

The rapid increase in private museums or privately funded public museums has been a cause for some commentators to reflect on the potential danger of funding drifting from the public museums. However, on the evidence of the first and second wave of private museums in this country there is no doubt that they have greatly increased the diversity of accessible galleries presenting a more various fare of exhibitions and experiences.  Many of the major cultural institutions of the world began their lives as private collections, then found their way into the life of the community through the generosity of donors concerned that their works remain in the public domain. It is likely this trend will continue and in its wake bring increased opportunities to view new work in unique and exciting environments. 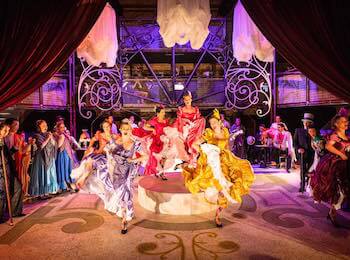