Alluring and fascinating, I Am My Own Wife is a beautiful tale of survival and courage.

A tale of survival against the odds, one-man show I Am My Own Wife explores the life of Charlotte von Mahlsdorf, Germany’s most infamous transvestite.

Some stories defy all odds and demand to be told, and with their production of I Am My Own Wife, Black Swan State Theatre Company has brought this statistical anomaly to life. This charming, award-winning drama, written by renowned playwright Doug Wright, documents the life of Charlotte von Mahlsdorf a German antiquarian and gay transvestite who hid in plain sight during Germany’s most tumultuous years.

Wright uncovers Charlotte’s life during Nazi and Communist regimes by using a series of interviews and letters as a vehicle to skilfully retell her story. The museum that she created became an underground safe haven for the LGBTI community of Berlin, while she brazenly embraced and explored her sexuality under the noses of two most tyrannical regimes in modern history.

This one-man show sees actor Brendan Hanson weaving between over 30 characters and accents. At times, it’s a little hard to follow due to the abrupt changes in character, but the story commands authority and truly captures the attention of the audience. Hanson’s depiction of Charlotte invites you in like an old friend, adding another dimension to the perplexing character, complete with gripping stare and knowing smile.

Perhaps the play is so alluring as its core themes ring so true today. As the fight for LGBTIQ rights continues and Neo-Nazism rears its ugly head in pockets of America, I Am My Own Wife offers a refreshing portrayal of minorities and tolerance.

I Am My Own Wife is beautifully told and is a perfect example of how some of the most fascinating stories are born out of hardship. It seems to have transcended time to deliver a fascinating slice of history through this unique and untold perspective, which definitely makes it worth a watch.

I Am My Own Wife by Black Swan State Theatre Company is at Studio Underground, State Theatre of WA from October 12 – 29. Find out more. 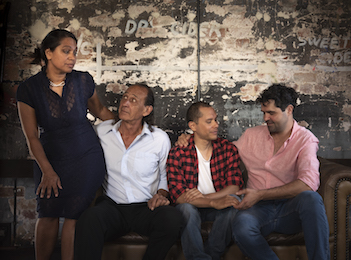 Yirra Yaakin Theatre Company are back with a bang in 2021, kicking things off with an all-Australian First Nations Cast production of The Sum of Us, presented as part of Perth Festival. Directed by Eva Grace Mullaley, classic Australian comedy-drama The Sum of Us tells the story of the very close relationship between a widowed […] 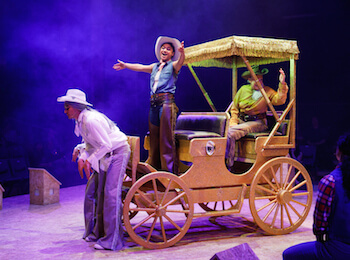