Artist | Sarrita King grew up in Darwin, and was inspired by her late father and artistic mentor, William King Jungala. Sarrita has been painting for eight years and has exhibited widely. Her paintings celebrate the land, her connection with the land, and everything it connects her with.

Artwork | Using the symbol of the waterhole and underground waterways as the network by which knowledge and life are shared, Sarrita King creates an ethereal composition in her Ancestor series. In this work, it is the dry season – the red land is parched and cracked, with very little visible in the waterholes. 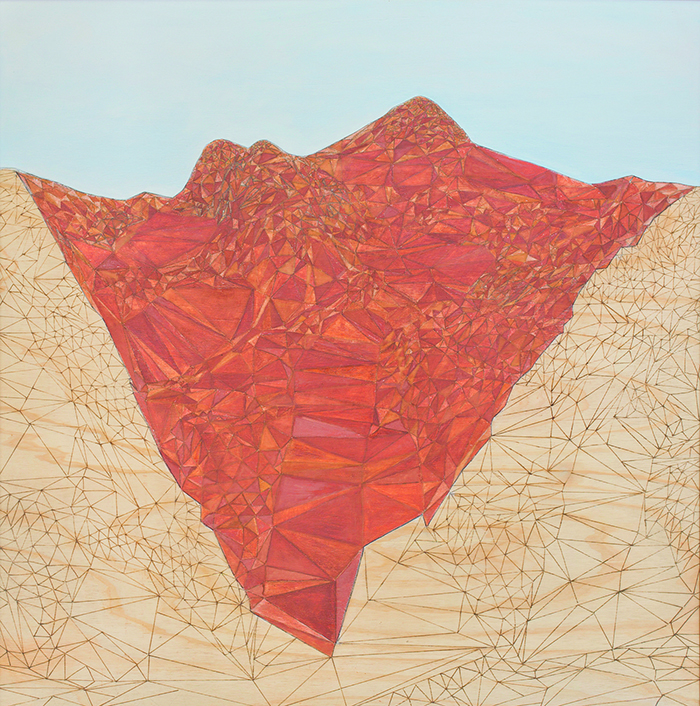 Artist | Matt McVeigh is a contemporary visual artist and designer who has created striking and original design work for many stage productions and innovative community art projects. Artist | Matt McVeigh has worked across Western Australia’s remote areas as a community artist, creating context-responsive and socially engaged projects. Both works featured were made in 2012 during a residency at Tom Price Senior High School. McVeigh was funded by the Artist-In-Residence (AIR) Grants Program.

Artwork | Surveyed is based on the land formations found around the Tom Price, Newman and Paraburdoo region. The work is treated as a negotiation between culture and economics through the use of both a surveying drawing application and traditional ochre painting.