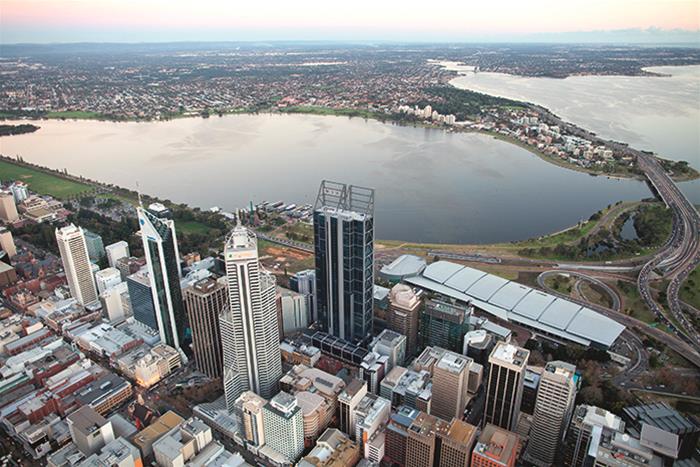 20 Nov, 2015
Web
within an hour of Perth CBD you have it all: stunning beaches and island retreats, rolling hills, valleys full of wineries and orchards, an historic port town, and an eclectic city full of festivals and fun.

Hanging over the city, Kings Park is one of the largest inner-city parks in the world. Its lands are filled with wildflowers, strollers along the Lotterywest Federation Walkway, culture vultures immersed in the Aboriginal Art Gallery, and sightseers gorging on those panoramic city views.

Laneway haunts, rooftop bars, foodie feasts and caffeine hits are never far away, especially with quirky locales like the moustache-themed Mo Espresso in the city’s iconic Trinity Arcade. Speaking of arcades, even the locals remain enchanted with London Court’s clock, showing a miniature knight of St George doing battle with a dragon to the chimes of Big Ben.

The Swan River foreshore is dotted with Lycra-clad cyclists. Boats and ferries coast past, and look out for the WA black swan and occasional dolphins. The Bell Tower at the Barrack Street Jetty strikes with the 12 bells of St Martin-in-the-Fields. Those feeling the urge to conquer can climb to the top, while lovers, inspired by romantic chimes, can add a love lock to a link on the chain, just like you could in Paris.

A Public Urban Artwalk through the city and Northbridge reveals graffiti-clad walls. The Horseshoe Bridge snakes above the Perth Railway Station into Northbridge, a precinct once considered on the wrong side of the tracks but no longer. Here, creativity seeps out of every corner of the Perth Cultural Centre, with theatres, cinemas, galleries, bookshops, small bars, live venues, year-round festivals and eateries serving up goodies from around the world. If it all gets too much, then flop in amongst the Urban Orchard’s community garden beds – unless there’s a party on, of course.

As the CBD reinvents itself, glorious tourist strips pop up in the inner-city burbs, too. Change also abounds east in the Swan Valley, WA’s oldest wine region and recently named Australia’s First Humane Food Region. Keep going east to the Avon Valley, with its rapids and the villages of Toodyay, York and New Norcia, Australia’s only monastic town. Head for the hills and John Forrest National Park, and picnic in the Australian scrub, or to Mundaring, the starting point for the Bibbulmun Track, which winds through forests for almost 1000km to Albany, past Dwellingup in the Peel region, where you’ll find Lane Poole Reserve – it’s one of those special spots the locals prefer nobody else knew about.

Woodlands, caves, walking trails, koalas, kangaroos and birdlife await at Yanchep National Park, 50km north of Perth. The car-less island of Rottnest has been the making of many a childhood memory, with its craggy bays and postcard beaches. Clear out the cobwebs when the Fremantle Doctor blows through the port town that gave it its name. Stroll through the historic streets that recall our rich – and at times debaucherous – maritime past. It’s no wonder so many become shipwrecked in WA.