Escape the summer heat and head south to Esperance between October and May where temperate weather and some of the best beaches in WA make summer a breeze. June to October is also fun because humpback and southern right whales can be seen in waters nearby. There are many lookout spots, but if you’re up for a drive you’ve got a great chance of seeing them at Cape Arid National Park (90 minutes east). From September to November, focus your attention inland for the wildflower season. Once you arrive in the shire, an easy way to get an overview of what Esperance has to offer is to follow the Great Ocean Drive, a 40km loop incorporating all the town’s scenic attractions, the Ten Mile Lagoon Wind Farm and legendary Twilight Beach, which is perfect for swimming and sunbathing. The route starts and finishes at Tanker Jetty, where no doubt local resident Sammy the seal will be patiently waiting for your arrival. The foreshore has recently been revamped (check out the new whale-tail sculpture at the Esperance Waterfront James Street Precinct) and is a great spot to enjoy an evening stroll before turning in for the night. There are plenty of accommodation options, including self-catering apartments, motels and holiday parks, as well as camping grounds in the surrounding national parks.

For picture-perfect coastline, head to Cape Le Grand National Park, a 30-minute drive east of Esperance. Lucky Bay is renowned as one of the most beautiful beaches in Australia, with sand so fine, it squeaks underfoot. Even kangaroos venture onto the 5km-long shore. Other areas to explore include Hellfire Bay and Thistle Cove, along the Le Grand Coastal Trail, which runs for 15km from Cape Le Grand Beach to Rossiter Bay. It takes about six to eight hours to complete the whole trail, although it is divided into sections – the shortest leg, from Thistle Cove to Lucky Bay, takes only one hour. There are excellent camping facilities, with barbecues and solar hot showers, at Cape Le Grand Beach and Lucky Bay but there is no electricity, shops or petrol stations in the vicinity so bring your own drinking water and a portable gas stove for cooking. Active visitors should hike Frenchman Peak: allow one-and-a-half hours of hard walking to ascend its 262 metres (rock climbing is also permitted). Lying just 12km south of Hellfire Bay (and 44m below its surface) is the Sanko Harvest wreck, the largest diveable wreck in Australia. The scuttled tanker is now home to schools of blue groper, red snapper and the occasional seal or dolphin. Sea dragons and other aquatic wildlife can also be discovered in the waters surrounding the 100-plus islands of the Recherche Archipelago. Woody Island, in particular, has great snorkelling and camping facilities.

The sleepy town exudes a chilled-out vibe. The main road runs right to the groyne, so when you arrive ‘do a groynie’ (head to the end of the road where it meets the ocean, and check out the views). To the east are the boat ramp, camping facilities and barbecues at Starvation Bay and Powell Point, which are popular for surfing and swimming, Fitzgerald National Park lies to the west: it’s had a $40 million makeover, upgrading existing facilities and adding new picnic spots, interpretive areas and a sculptural map of the area. The new Cave Point viewing platform has rest stops along the way and inclines slowly so it suits wheelchairs. When it comes to local beaches there’s Barrens and Munglinup (dolphins are regular visitors here), plus Two Mile, Four Mile (with its own campground), Five Mile and 12 Mile beaches. The eastern beaches are rugged, and the white beaches to the west stretch 10km to the Fitzgerald River National Park. Four Mile Beach has natural rock pools for snorkelling. Town Beach is protected and great for kids, the reef and bay ideal for water sports and fishing. There are restaurants and cafes in town, and the hotel with a bar and regular live music is popular. There’s a range of accommodation… even a houseboat, if you really can’t get enough of the water.

Hopetoun is great for snorkellers, with plenty of deserted coast where you can set up camp. For a family-friendly option, snorkel the rocks around the main Front Beach, or try out Barrens Beach where the reef channels and rock pools offer brilliant underwater opportunities. There are plenty of shore dives to experience further round in Esperance, the Esperance Jetty one of the most spectacular, with its schools of old wives, cuttlefish, octopi, sea stars, seahorses and a large variety of nudibranches on display. The fascinating artificial reef at the end of Tanker Jetty in Esperance is a popular diving and snorkelling spot, and Twilight Beach is great for youngsters to explore underwater. Most people flock to Lucky Bay (Cape Le Grand National Park) for the beach, but a short swim just around the headland (right in front of the barbecues) is the home of the elusive leafy sea dragon; be sure to pack your scuba gear, although the snorkelling here is also topnotch. The more than 100 islands of the Recherche Archipelago provide large underwater caves, swim-throughs and boulders, lined with colourful soft corals and sponges – there are also areas of hard plate coral teeming with tiny southern coral fish. Some of the other species you’ll see on a dive in Esperance include groper, red snapper, harlequin fish, blue devils and wrasse. The shallow waters around Woody Island are a snorkeller’s paradise and there’s a range of accommodation options here, from ‘safari huts’ with plush beds and balconies, through to pre-erected tents and non-powered campsites. Coastal fishing is excellent all year round, but look for salmon in autumn near reefs and beach gutters. The Southern Ocean is unpredictable, and fishing from rocks has its dangers, so heed warning signs. For a chilled-out time, head to Tanker Jetty on the Esperance foreshore, where you can hook herring (squid are also easy pickings in the bay). Watch out for the sea lions when you’re cleaning your catch – they love discarded fish heads. Another good spot to take the kids, especially if the weather is a bit wild, is the sheltered tidal flats of Bandy Creek, 10km east of Esperance, for bream or yellow eye mullet. Avid fishermen should head to Cape Arid National Park (90 minutes east of Esperance) for salmon, mulloway, shark or even pink salmon. Boats can be launched from the jetty in Hopetoun or, near Esperance, there’s Lucky Bay, Cape Le Grand Beach in Cape Le Grand National Park (Dunn Rocks is a popular fishing spot here) and Wharton Beach at Duke of Orleans Bay. There’s also good fishing at Gairdner River, the Phillips River estuary and the Gordon, Hammersley and Culham Inlets. Hopetoun’s local jetty is best for families and fishermen of all ages, and there’s squid in the weedbanks close to shore. Offshore from Hopetoun there’s garfish, salmon and mullet (you’ll need to go a fair distance out). Fishing on Wharton Beach in Duke of Orleans Bay, 80km east of Esperance.

All these and more at www.scoop.com.au/thingstodo

Esperance | There’s no point in beating around the bush: Esperance is a rather dull eight-hour drive (730km) from Perth. Virgin also flies between Perth and Esperance daily, and TransWA offers a coach service.

Hopetoun | Hopetoun is 590km (seven hours) south of Perth, and 50km from Ravensthorpe.The quickest route from Perth is to pass through Williams, Narrogin and Lake Grace then head south to Ravensthorpe. Once you hit Ravensthorpe, turn south to Hopetoun, just half an hour off the highway.

Esperance to Hopetoun | Be sure to take Jerdacuttup Road, a fantastic, fully bituminised short cut (instead of taking South Coast Highway through Ravensthorpe). 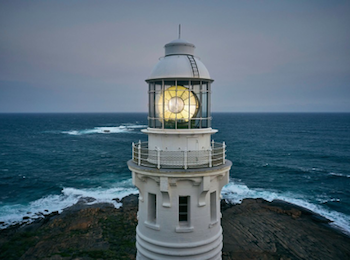 The coast of Western Australia is dotted with lighthouses, but the vast majority have been shut down and closed to the public. Margaret River is lucky enough to have two operating lighthouses you can climb and explore as part of a fully guided tour, including the tallest lighthouse in mainland Australia. The lighthouses in Margaret […] 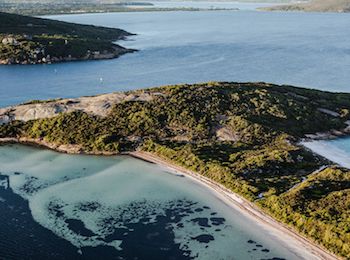