Things to do in the Golden Outback

With breathtaking scenery and a frontier heritage, Western Australia’s outback beckons with the promise of adventure.

The biggest drive, bar none, is across the Nullarbor Plain – some get it over and done with, while others take their time to appreciate the vast open space, enjoying whale-watching and spectacular cliffs plunging into the Great Australian Bight.

Ideal for camping, the Wheatbelt area is granite belt country, with fascinating formations – the most famous of which, Wave Rock, lives up to its description. It’s also a hotbed of wildflowers, particularly around Morawa, Mullewa and Paynes Find.

Between vast stretches of farmland are bigger towns like Narrogin and Merredin. Smaller ones have just an outback pub and general store.

The Goldfields themselves have a famed history. American president Herbert Hoover spent his early years there, managing goldmines in the Western Australian outback. These days, ghost towns like Kalowna, Ora Banda and Kookynie tell the stories of abandoned dreams, while small towns such as Leonora, Menzies and Coolgardie still exist, with their current mining communities nearby.

The twin Goldfields town of Kalgoorlie and Boulder have merged overtime. Hannan Street the main drag in Kalgoorlie – and Burt Street in Boulder, and lined with imposing historic hotels and 120-year-old buildings, reflecting the grandeur of the gold rush and its larrikin culture, with a pub literally on every corner.

Nature has something to say about survival, too. In what most would consider a desert, the red dirt supports one of the largest temperate woodlands left in the world.

The Golden Outback is rich in fascinating Dreamtime history. The region’s Indigenous groups include the Wongi people of the Western Desert and the Goldfields, the Yamatji people of the Gascoyne-Murchison region, and the Noongar people from the Wheatbelt and Esperance South Coast. Take an Indigenous guided tour, on which you can learn about how the ancient land was shaped by the ancestral dreaming spirits, across the immensity of the landscape.

The best time to visit is spring, for lovely weather and wildflowers. Winter can be chilly, temperatures dropping to sub-zero by night, while summer can be well over the old century (38°C).

Acclaim Park's Pine Grove Holiday Park is located in located in the beautiful town of Esperance in Western Australia. Esperance is a must to visit with its aqua water, pristine beaches and Bay of 110 Isles.

Pine Grove Holiday Park offers the best of both worlds nesttled in parkland surrounded by three national parks and only minutes from the town and beach.

Pine Grove Holiday Park is well known for its quality accommodation and facilities, as well as plentiful and secluded ensuite sites. The Park is the perfect springboard to go diving, fishing, cruising to the islands, riding and walking in the parks, and taking the Great Ocean Drive.

Acclaim Parks' friendly staff at Pine Grove Holiday Park look forward to welcoming you on your next visit to Esperance. Stunning views over the valley, away from the traffic. Conveniently located on Williams Road, 10 minutes walk to the centre of Narrogin Township, with direct access to the magnificent Foxes Lair National Park, immediately across the Williams Road. 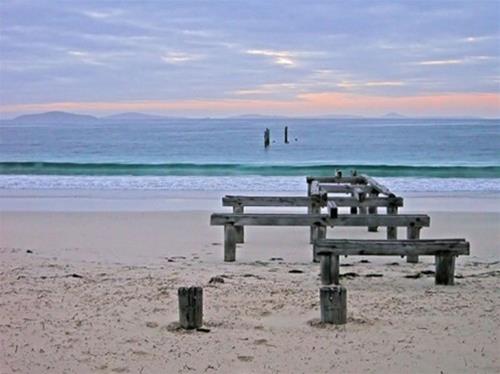 Cabins with ensuites are available with TVs. Clean and pleasant amenities and laundries. Playground and cycleway along the foreshore into town. Great country hospitality... plenty of ground floor units offering all the comforts you expect from home.

A short walk to the town centre and the beach. On site BBQ, satellite TV and movie channel, direct dial phones. Ask about our special 3 night stay, breakfast and car hire packages. 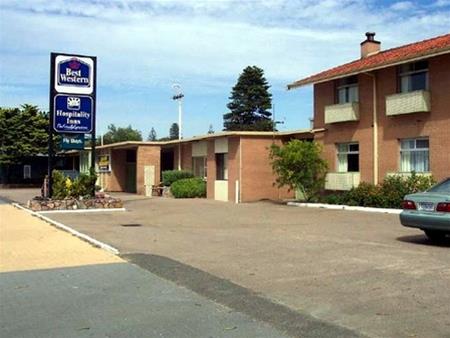 Norseman's Premier motel situated alongside Ampol and Gateway Caravan Park in a quiet off-road location. All units are at ground level nestled amongst shady native trees. Modern facilities available including a large pool and a licensed restaurant with a fantastic blend of a la carte and homestyle cooking. After a hectic day exploring the local sights of Esperance and surrounding areas, you can relax by our swimming pool, or enjoy a casual meal in our attractive barbecue area. For more formal dining, Seasons licensed restaurant provides excellent a-la-carte dining each evening and a choice of a continental buffet or cooked breakfast each morning.

The Season's Restaurant also offers a range of alcoholic beverages including cocktails and an extensive wine list, soft drinks, coffee and tea.

Business
With over 45 years experience Best Western Hospitality Inn Esperance understands the unique requirements for the corporate traveller. The property strives to build strong relationships with our valued corporate clientele and maintain and enhance these relationships on a personal level. 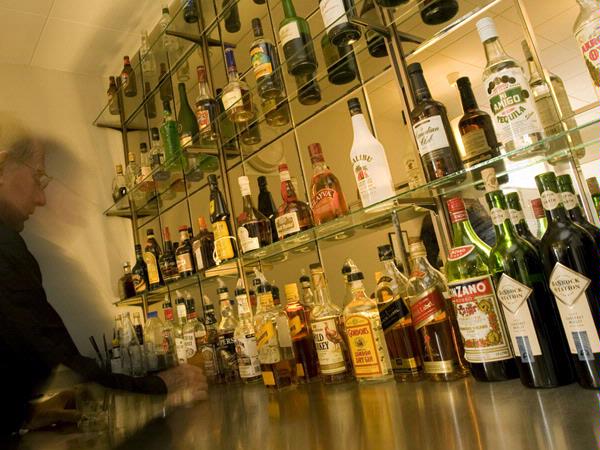 Ideally located on Hannan Street, just a short distance from the centre of Kalgoorlie,  the Best Western Hospitality Inn Kalgoorlie offers spacious, affordable and well appointed motel rooms with the quality assurance guarantee by being a member of Best Western - the worlds largest hotel chain.

After a hectic day exploring the local sights of Kalgoorlie and surrounding areas, you can relax by our swimming pool, or enjoy a casual meal in our attractive barbecue area. For more formal dining, Katherine Station licensed restaurant provides excellent a-la-carte dining each evening and buffet or cooked breakfast each morning.

Our comfortable, spacious and air-conditioned motel rooms offer our business and leisure guests a queen sized bed, lounge, table and chairs, free Foxtel (6 channels), tea and coffee making facilities, mini bar and fridge, data ports and a direct dial phone. The rooms also offer a hairdryer, iron and ironing board.  All rooms are serviced daily and room service is available.

Restaurant
Enjoy a pre-dinner drink in the Cocktail Bar followed by a unique dining experience in the new and innovative, fully licensed Katherine Station Restaurant.

For relaxed dining, visit the excellent a-la-carte menu offered by the new Katherine Station Restaurant - a unique and exciting restaurant concept that has proven a hit with guests and locals alike.  A selection of quality meals from the kitchen await, or why not try the in-house  "Outback Grill" and BBQ your own superb cuts of steak, chicken, chops and sausages!  You become the "Outback Chef" and can cook your tasty meal to your liking! All orders for the grill are accompanied by a selection of fresh salads and baked potato.

Katherine Station Restaurant offers quality cuisine in a relaxed atmosphere with a distinctly outback, native Australian twist!  The innovative menu incorporates a mix of traditional fare along with outback delicacies such as the Game Plate, with Kangaroo and crocodile fillets and emu sausage.

Boasting modern decor and open daily for breakfast and evening meals.  In the mornings, a delicious continental or cooked breakfast will kick start your day of sightseeing.
Children are well catered for with a special Kid's Menu.

Business
With over 45 years experience Best Western Hospitality Inn Kalgoorlie understands the unique requirements for the corporate traveller. The property strives to build strong relationships with our valued corporate clientele and maintain and enhance these relationships on a personal level. 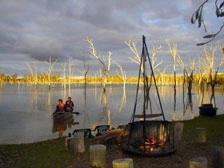 A 350 acre property located in the Australian outback. Surrounded by pristine bushland, freshwater springs and a lake, we are the perfect location for a farmstay and farm tour. All ages welcome.

Boshack Outback is a 350 acre property located 90 minutes from Perth, Western Australia. We’re surrounded by pristine bushland, freshwater springs and a lake. A tranquil place to enjoy a farmstay and farm tour or just relax by the lake and soak in the atmosphere in the Australian outback.

We have the Outback Adventure Farmstay and a Bed and Breakfast Farmstay. A unique place for family weekends away, school camps and for the overseas traveller. This is truly the authentic Australian outback experience that is different from other farmstays.

Boshack Outback isn’t just accommodation; it is a unique farmstay experience. If you would like to get back to the basics of life in a beautiful setting, which is solar powered, fresh gardens of organic food and simple accommodation, with little impact to the environment, then you’re are up for a unique adventure and farmstay at Boshack Outback. 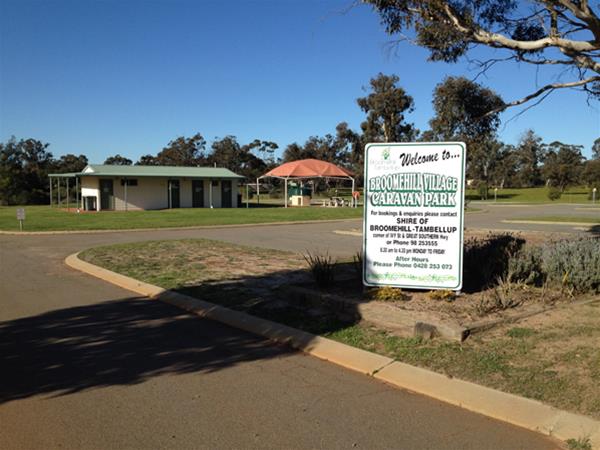 Powered and unpowered sites available with ensuites. Quiet spacious park with a bushland setting. Pool and BBQ's on site.

The beautifully appointed units will make your business trip or holiday a pleasure.

The homestead is comfortable and has everything you need. Play tennis, have a dip in the pool, take a picnic lunch and enjoy the wildflower scenery. Fish for yabbies and have dinner by candlelight.

Chuckem Farmstay and B&B is a delightful country home with beautiful views on sheep and grain farm.

The farm is 22kms south west of Narrogin in the beautiful Upper Great Southern Region of WA. Chucken, an Aboriginal word, is named after the winter creek that meanders through the property. The farm produces merino sheep and a variety of grains including oats, barely, canola and lupins.

Chucken is an ideal place to relax in comfort and enjoy the peace and tranquility of the surrounding countryside. Guests can observe the seasonsal farm activities, enjoy the abundance of bird life and the exquisite wildflorwers in spring. The farm is also a base to visit the local attractions in the regional town of Narrogin and othersurrounding towns. Relax in a squatter's chair or large bath. Adults only, non smoking, central town location, restaurants, beach, shopping all within the same location. Continental or cooked breakfast on request.