From Jewel to Mammoth Cave, winter is the perfect time to experience the underground world of Margaret River

Margaret River is world renowned for its abundance of natural wonders, but less so for the stunning formations lying beneath the surface. Below the Leeuwin-Naturaliste Ridge, there are literally thousands of limestone caves boasting unique crystal formations and fossils of now-extinct animals.

During the wetter months the caves remain dry, the temperature varies little and there are usually less visitors than summer. However, it is still one of the top activities to do in winter, as it’s a great way to explore the outdoors without being rained on.

We found five caves best suited for families. Lake, Jewel, Mammoth and Ngilgi Cave are all operated by the local Tourism Association, while Calgardup Cave is managed by the Parks and Wildlife Service. For the most up to date information on accessibility, it’s a good idea to check in with the Margaret River visitor centre.

With the option for multi-cave passes, family passes and guided or self-guided tours, you can book your visit in person, online here or give the Visitor’s Centre a call on (08) 9780 5911. As the name suggests, Jewel Cave is well-decorated, with large stalagmites, cave coral and fossils. It is the biggest show cave of the region, with three large chambers to explore. Hear stories of the Tasmanian Tigers that have fossilised in the cave, and the breathtaking crystals that have taken thousands of years to form. There is also an interpretive centre, a café and the opportunity to enjoy a short self-guided walk through the karri forest above the cave.

Tours of Jewel Cave are fully guided, with a current maximum of 15 people per group. Be sure to book ahead.

Opening hours: 9am to 5pm daily, with the last tour leaving at 3.30pm. Formally Yallingup Cave, this intricately decorated cave allows visitors to handle crystals at a touch table inside the cave. The kids can even go through the junior explorer’s tunnel, making them feel like true adventurers! Boardwalks take you through the cave, while you explore at your own pace. The Adventure Tour allows you to branch off from the track and explore with a hard hat and lamp, while being led with an experienced guide.

Apart from the Adventure Tour, the tours of Ngilgi Cave are semi-guided. After an introductory talk, you may enter the cave at your leisure. Further guides will be stationed within the cave to answer any of your questions. Only 15 people are able to enter at once, so book ahead through the visitor centre.

Opening hours: 9am to 5pm daily, with the last tour departing at 4pm.

More to Do in Margaret River 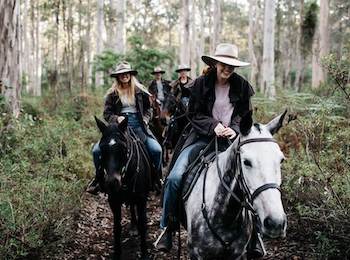 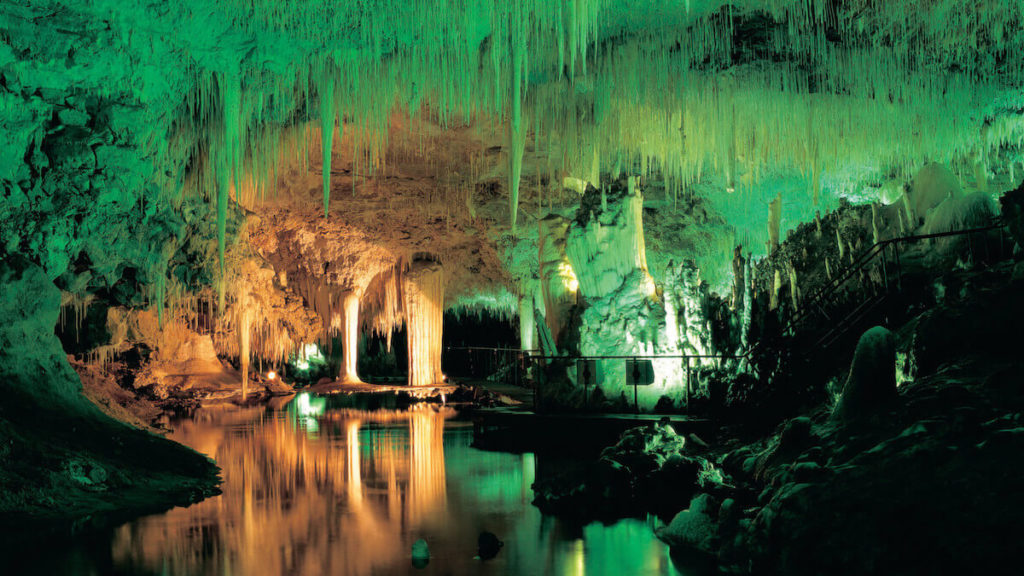 The entrance to Lake Cave is through a majestic sink hole in the ancient karri forest. Inside, you will be greeted with the permeant lake running through the cave, mirroring the spectacular crystals above. A must-see attraction is the Suspended Table, a large crystal decoration hanging from the ceiling and weighing several tonnes. After exploring, you can learn more about the local caves at the interpretive centre onsite or admire the sights from the viewing deck.

Tours of Lake Cave are fully guided, with a current maximum of 15 people per group. Be sure to book to secure a spot.

Getting there: Lake Cave is a 20-minute drive south of Margaret River, on the corner of Caves Road and Conto Road. Mammoth cave is home to the extinct megafauna that used to roam the area thousands of years ago. At one point there were 10,000 fossils found inside the cave! Boardwalks and platforms wind through the cave, and the first chamber is wheelchair accessible.

If you come during winter, you’ll see a stream flowing through the cave, and there is also the chance to finish your adventure by wandering through the flora-rich marri forests at the exit of the cave.

Tours of Mammoth Cave are self-guided, so you can explore at your own pace with an MP3 audio tour. Current restrictions mean only 80 people will be able to go through each day, and it is still recommended that you book a time slot.

Getting there: Mammoth Cave is a 15-minute drive south of Margaret River, located off Caves Road. Owned and operated by the Parks and Wildlife Service, Calgardup Cave is also home to the Leeuwin-Naturaliste National Park Information Centre. Here you can access the cave and find out all the information related to this stunning national park. The cave itself is suitable for all ages, with boardwalks and seating throughout this colourful and decorative oasis. You’ll be able to witness a seasonal stream from winter to spring, reflecting the many stalagmites and stalactites.

Calgardup Cave is self-guided, but helmets and torches are provided by staff, who also give you a run-down on the cave. 40 people are allowed in at once, and we have been told booking is not usually necessary for this cave. Further inquires can be answered by calling the cave on (08) 9757 7422.

Getting there: Calgardup Cave is a 10 to 15-minute drive south of Margaret River, accessible off Caves Road.

Opening hours: 9am to 5pm daily, with the last group able to enter at 4.15pm.