The first 100 shows for Fringe World Festival 2020 have been announced and tickets are now on sale for Fringe World Friends. Next year’s line-up features a host of exciting new events and returning festival favourites from WA, across Australia and around the world. Here’s what to look out for Early Release Round 1!

Fringe on The Water

For the first time ever, Fringe World heads out to sea with a Fringe World show on a cruise ship! Fringe on The Water is a unique opportunity to spend the night onboard the stunning Vasco de Gama cruise ship in Fremantle as you enjoy performances from the best of the Fest.

As if that wasn’t exciting enough, there will be ample food, live music and DJ’s to keep the party sailing all night long! Perth’s favourite Fringe playground, The Woodside Pleasure Garden in Northbridge, will be home to the biggest range of entertainment at Fringe World. Next year, 2019 Martin Sims Award Winner YUCK Circus will return to the Garden following the success of their international tour, joined by western-themed circus troupe Railed.

Fringe favourite Matt Hale will be back with another hypnotic show, Comedy Hypnotist Matt Hale: Random Acts of Mindness and mellow storytellers Flanagan Collective & Gobbledigook Theatre will perform the three epic tales of Orpheus, Eurydice and The Gods. For a sure-fire way to School Holiday fun, check out the Fringe Kids program! In 2020, there will be more shows, free activities and events for the whole family to dive into. Kid favourites The Dummies will be performing their new show Splash Test Dummies as Game ON 2.0! brings their A game to their live action video game show. To top that off, crowd-pleaser Peter Combe will get everyone up and singing with Brush Your Hair with a Toothbrush. The centre of the Fringe Universe is Yagan Square featuring Scottish Comedian of the Year Leo Kearse with Transgressive, the return of Fuego Carnal and their new show Primo Loco plus the outrageous drag/cabaret show YUMMY is Unleashed and taking camp sophistication to a whole new level. If you’re after comedy or some of the biggest shows in the Fringe, then The Ice Cream Factory is your go-to at the 2020 Festival. The Choir of Man will be taking residence for the entire Fringe with the ultimate feel-good time featuring powerhouse vocals smashing your favourite pub classics, rock ballads and pop hits. After delighting dinner audiences last year with I Made This For You, burlesque performer Clara Cupcakes is throwing a party to celebrate her career and showing you all her top (and bottom) bits.

The spiritual birthplace of Fringe World is the Urban Orchard, and in 2020 the Orchard will be transformed into a comedy and cabaret playground featuring Idris Stanton’s WHAM GLAM CIRCUS MAN! Also gracing the stage will be local drag-cabaret show The Girly Game and Consenual Connie’s Karaoke Rodeoke. There’s much, much more on offer at Fringe World Festival 2020. Other highlights include comedy superstars Arj Barker & Akmal getting up close and personal at the Comedy Hub at Rosie O’Gradys and a wide range of treats served at Connections Nightclub such as Showstropper an Interctive Murder Mystery and DIVAS – The Drag Revue.

At the Ellington Jazz Club, catch the talented musical stylings of Tara Tiba, Jessie Gordon and Lucky Oceans, before making your way over to Subiaco, where Subilicious will return for another year with Kiss: A New Musical and lots of other dazzling events!

Finally, the soon to be open Northbridge performance space ‘The Rechabite’ will launch its Fringe fun with favourites Briefs: Second Coming and the debut of Sweden’s SirqusAlfon – I am Somebody.

Watch out for the next round of Early Release tickets on October 24, when 100 more shows will be announced! 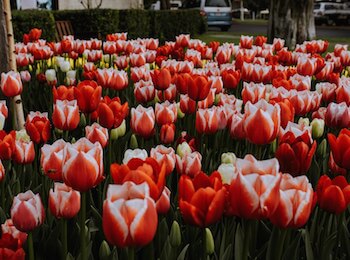