Freo-based blues rock combo Datura4 is one of Perth’s best kept secrets. With a strong international following, the band has gone from strength to strength since its inception in 2009. The group’s impressive accomplishments include supporting rock icons ZZ Top and three critically acclaimed studio albums, with the fourth, West Coast Highway Cosmic, poised for a similarly warm reception. ‘We have a small following here in Perth and there are fans here in Australia, but we definitely have more of a profile overseas. That sort of rock scene is bigger over there. It’s quite underground, but it’s also very cool’, Mariani says.

While the band’s popularity has been mostly international, the concept behind the album is uniquely local. ‘The whole idea, West Coast Highway Cosmic, it came out of the travelling between the two studios. One of the studios that we worked from – Killerwatt Studios in Scarborough – is right on the West Coast Highway’.

‘Both studios (Killerwatt Studios and Real2Reel Studios near Bunbury) are situated off these main highways, and we do a lot of travelling between the two to complete our albums, so that’s where the concept came from’.

Despite having toured around Europe on and off for the last 25 years, Mariani’s home base remains firmly in Perth, and the local legend has borne witness to some of the more dramatic changes the industry has seen. ‘I’ve always been based in Perth, and I follow Perth bands as I see them starting out. I guess the Perth music scene has always been quite a strong one, there’s been some great bands that have come out of here’.

For Mariani and Datura4, a career highlight came with the offer to play a gig alongside musical heroes ZZ Top.

‘They’re one of my favourite bands. I first heard them when I was a kid; I heard La Grange on the radio and I didn’t know who this ZZ Top was. I thought it was some black American blues guy, whose name was ZZ Top’, he laughs. But even having played alongside their heroes, Datura4 is showing no sign of slowing down. After their 2019 outing Blessed is the Boogie proved a favourite with both fans and critics, West Coast Highway Cosmic came together quickly to capitalise on its success, however, the new album’s performance was still unexpected for the quartet.

‘It’s taken us by surprise. We spent a lot more time on the last one than we did this one… It came out a lot better than we expected. Sometimes things like that work out; you spend a lot of time on something… hoping it’s going to do well, and then sometimes you spend less time on something else and it comes out better or it’s appreciated more; it’s just the way things have worked out with this one’.

West Coast Highway Cosmic is out now on Spotify, YouTube Music and CD and coloured vinyl through Alive Records: https://www.alive-records.com/artist/datura4/ 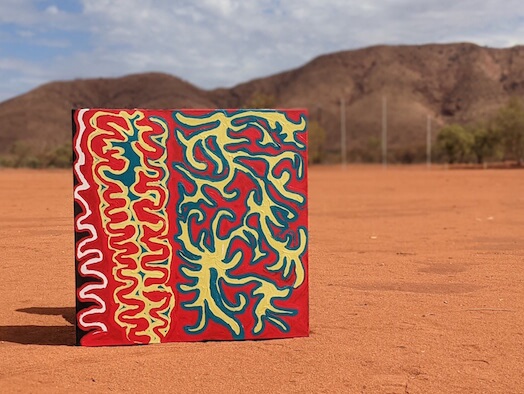