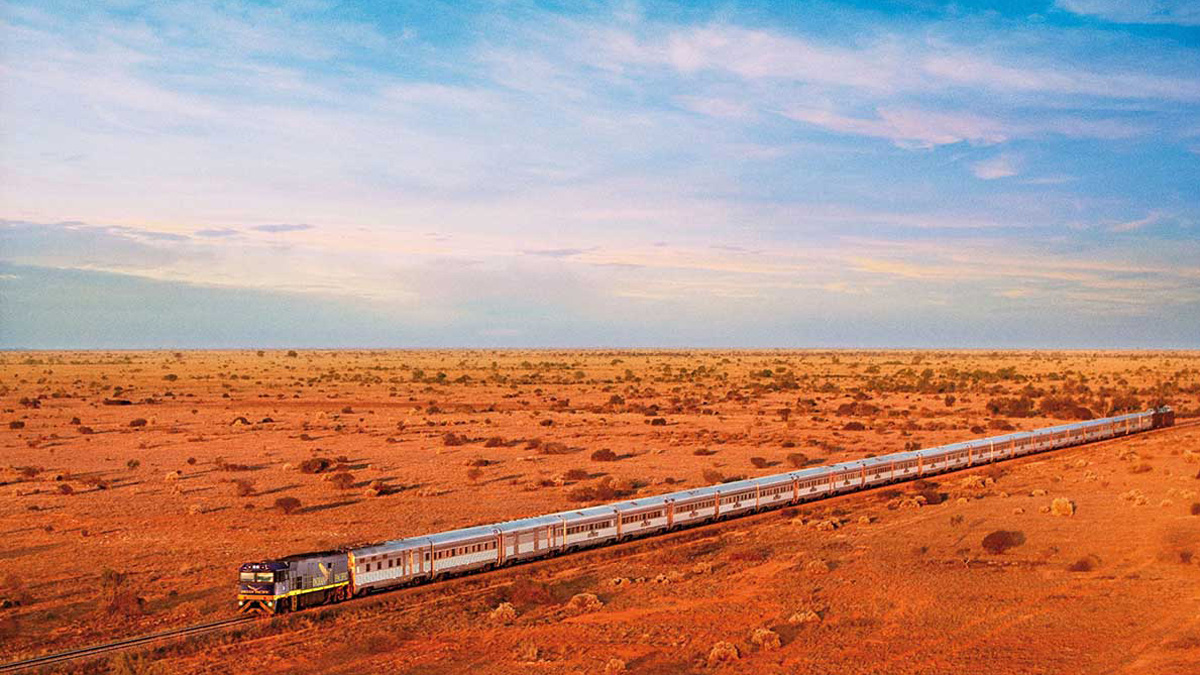 
With breathtaking scenery and a frontier heritage, Western Australia’s outback beckons with the promise of adventure.

The biggest drive, bar none, is across the Nullarbor Plain – some get it over and done with, while others take their time to appreciate the vast open space, enjoying whale-watching and spectacular cliffs plunging into the Great Australian Bight.

Ideal for camping, the Wheatbelt area is granite belt country, with fascinating formations – the most famous of which, Wave Rock, lives up to its description. It’s also a hotbed of wildflowers, particularly around Morawa, Mullewa and Paynes Find.

Between vast stretches of farmland are bigger towns like Narrogin and Merredin. Smaller ones have just an outback pub and general store.

The Goldfields themselves have a famed history. American president Herbert Hoover spent his early years there, managing goldmines in the Western Australian outback. These days, ghost towns like Kalowna, Ora Banda and Kookynie tell the stories of abandoned dreams, while small towns such as Leonora, Menzies and Coolgardie still exist, with their current mining communities nearby.

The twin Goldfields town of Kalgoorlie and Boulder have merged overtime. Hannan Street the main drag in Kalgoorlie – and Burt Street in Boulder, and lined with imposing historic hotels and 120-year-old buildings, reflecting the grandeur of the gold rush and its larrikin culture, with a pub literally on every corner.

Nature has something to say about survival, too. In what most would consider a desert, the red dirt supports one of the largest temperate woodlands left in the world.

The Golden Outback is rich in fascinating Dreamtime history. The region’s Indigenous groups include the Wongi people of the Western Desert and the Goldfields, the Yamatji people of the Gascoyne-Murchison region, and the Noongar people from the Wheatbelt and Esperance South Coast. Take an Indigenous guided tour, on which you can learn about how the ancient land was shaped by the ancestral dreaming spirits, across the immensity of the landscape.

The best time to visit is spring, for lovely weather and wildflowers. Winter can be chilly, temperatures dropping to sub-zero by night, while summer can be well over the old century (38°C).

Visit Esperance
Everything you need to know about visiting Esperance

Where to try Aboriginal bush tucker across Western Australia

If you’re a lover of Aboriginal art and culture, there has never been a better time to extend that experience to your taste buds. From the Noongar and Whadjuk people in the south, to the Yawuru further north, there are plenty of bush tucker experiences and tours operated by Indigenous custodians of the land. Read on to discover where you can discover delicious flavours, scents and unfiltered experiences of the land.

Photography by Bewley Shaylor courtesy of FORM and Videography by Peacock Visuals courtesy of FORM Dotted across Western Australia, grain silos are a symbol of our proud agricultural roots. These huge structures are often bare and described as an eye sore. But with the talent and vision of Australian and international artists many silos have […]