Ever think your family are the most insane people on Earth?

No matter how well adjusted your family is, you’re probably at each other’s throats from time to time. Still, every so often it’s important to come together to spend quality time with one another. If your family is looking to come together but don’t actually want to talk to each other, check out these ten movies about dysfunctional families. You might just find one that argues more than your own.

If Miss Trunchbull doesn’t scare you, we don’t know what will.

Adapted from the novel by Roald Dahl and directed by the magnificent Danny DeVito, this movie follows the titular Matilda as she outwits her negligent parents and her sadistic school principle (with the help of some friends and a handful of telekinetic powers). Uplifting and heartwarming, Matilda is fantastic for kids and surprisingly entertaining for adults.

Daniel Craig and Chris Evans like you’ve never seen them before.

When a famous crime novelist is found dead at his estate, detective Benoit Blanc is sent to investigate. To get to the truth, he’ll have to sift through the web of lies and deceptions spun by the late writers dysfunctional family.

The Addams Family is as macabre as it is iconic.

The first film in this record-shattering series follows conmen way in over their head as they attempt to dupe the wealthy Addams Family with a ‘long lost uncle’.  For the record, we wouldn’t advise stealing from any family who have a severed hand as a servant.

This 2018 smash-hit follows native New-Yorker Rachel Chu as she travles to Singapore to meet her fiance’s family who all happen to be (you guessed it) crazy and rich.

An earnest and heartwarming comedy for families who need a pick-me-up.

This recently released, critically acclaimed, family-comedy is definitely one to add to your watch-list. When Pete and Ellie Wagner choose to foster three kids, they get more than they bargained for.

A young Johnny Depp with slicked back hair and a motorcycle jacket… what else do we need to say?

Set in 1950’s Baltimore, Cry-baby follows ‘good girl’ Allison as she falls hard for a juvenile bad-boy, much to her mothers dismay. But, what will happen when Allison’s boyfriend sets out for revenge?

This iconic comedy will make you glad you’re trapped inside and not out on the open road.

When the Griswald family set out on a cross-country road-trip to the Walley World theme park, they run into more trouble than they could have ever imagined. If you’re kids are driving you mad, watching Chevy Chase pushed to the brink of insanity might be just the medicine you need.

Maybe leave the kids in their room for this one…

Things don’t quite go to plan at Daniel’s father’s funeral, thanks to the arrival of an incompetent undertaker, a famous brother, an accidentally tripping cousin, and a mysterious dwarf.

It may not be Christmas, but is there ever a bad time for this classic?

For the nonexistent readers who’ve yet to see Home Alone, the movie follows eight-year-old troublemaker Kevin who’s accidentally left behind when his giant family goes on vacation. When a pair of bumbling burgers set out to rob his house, Kevin will use everything at his disposal to keep them out.

Another one just for the parents.

The Royal Tenenbaums may not be Wes Anderson’s first movie, but it’s the one that introduced the world to his weird and wonderful style. The film follows three distant, genius siblings as they reunite in their family home when their father announces he is dying. If you’ve loved any of Wes Anderson’s movies but haven’t got around to checking this out, now’s the time. 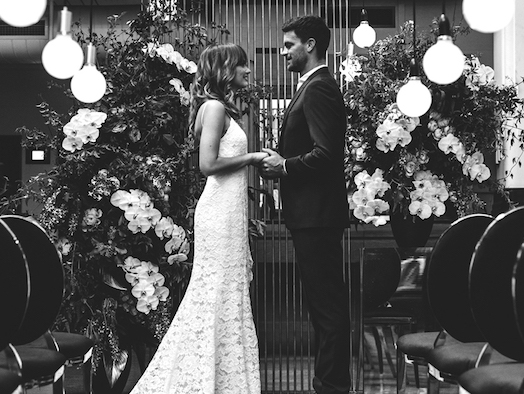 Brookfield Place is set to showcase their stunning wedding ceremony and reception venues as part of the Perth City Wedding Open Day on Sunday, Feb 21. The annual event seeks to provide engaged couples with a day to explore potential venues across Perth’s CBD, and with proposal season just behind us, there couldn’t be a […]