Perth publishing house UWA Publishing has announced the five writers on the shortlist of this year’s Dorothy Hewett Award for an unpublished manuscript.

Established in 2015, the award is dedicated to discovering the best new Australian writing and is open to fiction, non-fiction and poetry. The winner will be announced at a ceremony at Perth Festival 2018 and will receive $10,000 and a publishing contract with UWA Publishing.

The five shortlisted authors are New South Wales writer Teresa Bell for her novel Lunation, Queensland poet Angela Gardner for her collection Some Sketchy Notes on Matter, Kate Gordon from Tasmania for her novel Everything as Perfect as a Bird, WA author Louise Helfgott for her book Thistledown Seed and WA poet Julie Watts for her collection Legacy.

The first winner of the award was none other than WA writer Josephine Wilson who went on to win the Miles Franklin Literary Award this year for her novel Extinctions.

Find out more about the shortlisted authors and their works:

The Dorothy Hewett Award is co-funded by the Copyright Agency and supported by The Monthly.

Dorothy Hewett. Image A. T. Bolton courtesy of the National Library of Australia. 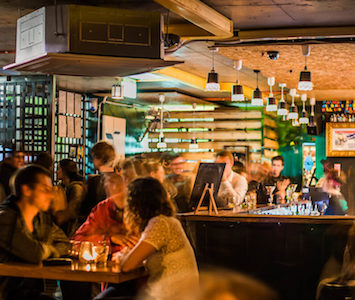