17 Dec, 2014
Web
When sneakers are the epitome of cool, you know the fashion industry has a problem. Jessica Matthews talks trend fatigue, disposable clothes and the return of quality design.

It was the trend that was never meant to happen. Four years ago, if you told a style editor they’d be lusting after sneakers — not some fancy Isabel Marant platform style, but a plain old pair of Nikes – they would have laughed. (Well, maybe not Anna Wintour, but she would have scowled menacingly.) In 2014, however, the fashion world sprinted towards the look, which – together with sweaters, leggings, backpacks and canvas parkas – has been dubbed ‘normcore’, so called for its ultra-ordinary aesthetic.

So how did it come to this? Why did the world’s style set begin dressing like a bunch of teenagers from The Blair Witch Project? Some say it’s to do with the current health-and-fitness fad; that the look befits the lifestyle of those obsessed with yoga and/or putting vegetables through a blender. Others say that aliens descended on Karl Lagerfeld’s brain and it was they who sent running shoes down the Chanel haute couture spring 2014 runway. (Admittedly, his versions were trussed up with lace, pearls and tweed.) 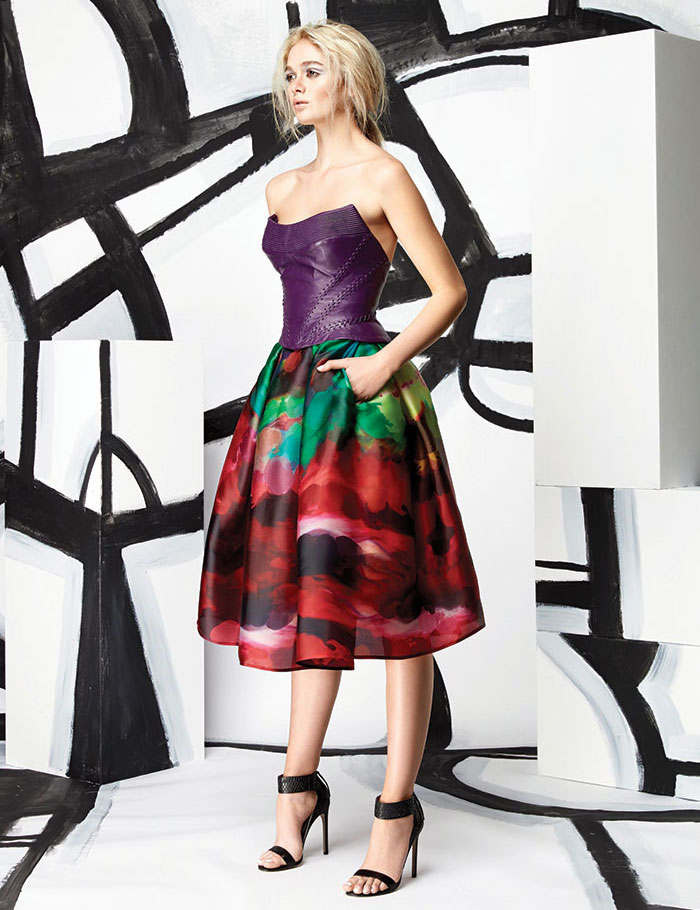 But there is another possible explanation: that the idea of trends just became, well, a bit untrendy. In the current fashion landscape – speedily altered by mass-market stores delivering new looks on a weekly basis – most designers release four collections a year (there used to be just two). And consumers are bombarded with an incessant trickle of designs not only in shops, but also on their Instagram feeds, where retailers, bloggers and anyone with an interest in fashion (which is basically everyone, these days) telegraph their latest wardrobe wonders to the world.

There’s also the issue of copycat designs. “Traditionally, there was a lag between when designers showed and when the stock arrived in store,” says Dr Alice Payne, a fashion lecturer and researcher at Queensland University of Technology. “But fast-fashion companies can imitate or create a variation of those pieces very quickly.”

You might not be able to afford a $5000 Chanel jacket, but you could probably afford a knock-off version for a fraction of the price. The problem is, when trends become so accessible, so commonplace, they’re no longer trends but a perpetuation of the norm. This may be why sneakers – with their inherently utilitarian purpose – became the epitome of cutting-edge. “You could see it as a reaction to the hyper-faddish garments fast fashion has come to represent,” Alice says, adding that normcore taps into 90s nostalgia. “I think when there is such a rapid turnover of product, people almost want to cleanse the palate with something just kind of plain and regular.”

Of course, the look will date like any other, but there are signs of a broader fatigue with trends. Some of the most successful local stores and designers are those that shirk seasonal styles. Take Morrison, for example. “I’ve been through the financial crisis, the rise of online shopping and now the big brands coming to Australia,” says the label’s designer Kylie Radford, “but the interesting thing is that we’ve become even stronger. It’s almost like the market has said, ‘Actually, everyone has access to that other product now. I’m going to go back to what is really quite exclusive, and that’s the smaller brands that maybe aren’t so widely available.’"

Morrison has a clearly defined aesthetic (“Quality, simplicity and timelessness,” Kylie says) and doesn’t attempt to compete with fast-fashion outlets. “Our customers are refreshed by the fact we don’t follow what everyone else does,” she says. “They also like the artisan aspect of our clothes and the attention to detail involved.” This is also a point of difference for Aurelio Costarella, who recently showed his intricate designs at Paris Fashion Week. “I’m very particular about garment fit,” he says. “We work on patterns over a three-month period… Our beaded or embroidered pieces can take between three to four months to make from the initial concept to a first sample.”

The designer is scathing of fast fashion, “Or what I like to refer to as ‘landfill fashion’,” he says. “It’s cheap, disposable and anything but sustainable.”

Dilettante director Diana Paolucci – who has often said her successful boutiques aren’t influenced by trends – is also concerned about this issue: “Mass-market stores keep costs down by manufacturing in places like Bangladesh, where they can utilise cheap fabrications, poor working conditions and very low wages.” Italian label Marni is one of the many international brands available from Dilettante.

On buying trips, Diana seeks out brands such as Marni (above), Rick Owens and Lanvin, brands which “execute original collections season after season without steering too far away from their brand identity. Perhaps this is why they have lasted longer than most.”

Alice believes that this approach is important for Australia’s fashion talent. “It’s a challenge because big companies have access to global supply chains and top equipment, so it’s a threat for designers,” she explains.

“I think the point of difference has to be design. And maybe just avoiding the madness of trends and doing your own thing.” From this perspective, at least, sneakers are a step in the right direction.