12 Apr, 2016
Web
The colder climes may be coming, but with so many great local shows to warm you up, there are no excuses to lurk at home. Aarom Wilson from West Australian Music (WAM) has a few choice dates for your diary.

1. RTRFM’s In The Pines
Last year saw Abbe May dropping jaws to finish off a spectacular day in the Somerville Auditorium, one of Perth’s most magical outdoor venues. In The Pines 2016 will see a number of special reunions, including mid-90s/noughties
lords Bucket coming back to life. Add to that Americana/alt-country faves Davey Craddock & The Spectacles, new hot properties Verge Collection, The Pissedcolas, Helta Skelta and 15 more of WA’s finest, and you have an event that’ll have you pining for more. Somerville Auditorium, April 24.

2. The Drones
Even though it’s been a while since they called Perth home, we still proudly claim The Drones as our own. Now based in Melbourne, the five-piece clearly feels some affection for the West too, regularly rocking our socks off. Recently here for the Home concert that launched this year’s PIAF, the lead-singing sandgroper of the band, Gareth Liddiard, also performed at the 2015 State of the Art Festival. Their sounds will be sure to make your heart soar high as a (cough) Drone. The Rosemount Hotel, April 30. 3. High Horse
Timothy Nelson took out the Song of the Year Grand Prize a few years back, before he and his band The Infidels went on to win a swag of other WA Music Awards. Now Perth’s most respected frizzy-headed pop wunderkind is preparing to launch an EP with his newest band High Horse. Galloping along to this four-piece’s pop-rock perfection is a must, with Sir Nelson’s stage persona something you’d best not say neigh to. Amplifier Bar, May 7.

5. State of the Art
We may be neglected by east-coast promoters when it comes to tours, but luckily we have an abundance of homegrown talent here to distract us. The State of the Art event on the WA Day long weekend has a family focus in the morning with Come Out and Play. Then, in the afternoon, the real fun kicks in with performances from an all-WA musical lineup including Jebediah, San Cisco, Koi Child, Ta-ku and many more. And the best thing is, it’s free. Elizabeth Quay, June 6. I LIKED THEM BEFORE THEY WERE FAMOUS

Fancy yourself a bit of a local music expert, reeling off names like Kucka, Koi Child, Methyl Ethel and Mathas with aplomb? Time to one-up your friends’ knowledge by getting acquainted with these Perth up-and-comers.

Leon Osborn
In short Electro-future beats with lush arrangements and textures.
For fans of Flying Lotus, Ta-Ku, Bonobo
Music creds As well as considerable triple J play, he’s just been signed to local label Pilerats, which has a knack for picking the Next Big Thing (the label snapped up Koi Child and Willow Beats last year).
Listen Head to his SoundCloud for a sampler, then his Facebook page for gig info.

Morgan Bain
In short Ridiculously good soulful vocals and a prodigious ability to slay any instrument.
For fans of Matt Corby, Justin Timberlake, Stevie Wonder
Music creds This guy’s been on the brink for a while, scooping
a slew of awards from WAM for his powerhouse pipes, but he’s been slow to bust into the mainstream. We predict 2016 will be his year.
Listen Indi Bar, April 17.

The Proclaimers
The Proclaimers have been making music history for more than a quarter of a century, penning deathless classics like I’m Gonna Be (500 Miles), Sunshine on Leith and Letter From America. Not bad for a couple of dorky-looking Scots.
Perth Concert Hall, April 13.

Hilltop Hoods
Their kick-ass brand of Aussie hip-hop is taken up a notch with the inclusion of an orchestra and choir. Book stat, to avoid winding up in the Nosebleed Section.
Perth Arena,
April 30. 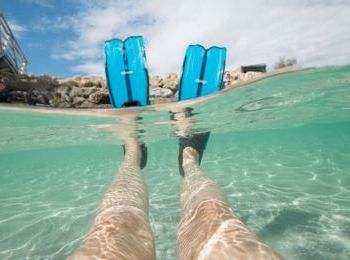 0. HOME LATEST NEWS 0. HOME THINGS TO DO Activity - Snorkelling Things to Do