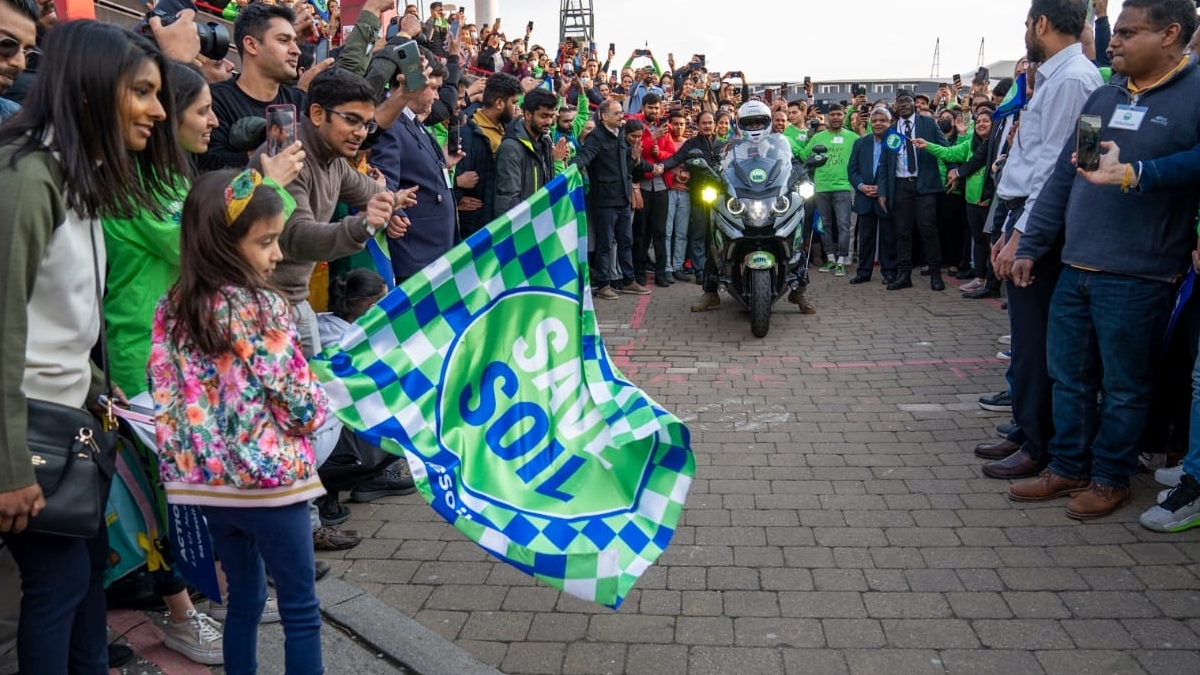 This Sunday, April 10, ‘Conscious Planet: Save Soil‘ invite the Perth community to walk and raise awareness of a global soil catastrophe.

On March 21 2022, Sadhguru, one of India’s top 50 most influential people, started his solo 100-day, 30,000km motorcycle journey with the hope of raising awareness of ‘soil extinction’. Beginning in London’s Parliament Square and passing through Europe, the Middle East and India, Sadhguru will engage with world leaders in an urgent bid to reverse and halt soil degradation.

“Save Soil Movement was initiated by Sadhguru from the Isha Foundation, which is a volunteer-run organisation, to create an inclusive culture towards global harmony and progress. Around 11 million volunteers are working globally to achieve the goals of this foundation.”

“During Sadhguru’s 100-day journey, he will also address the 15th session of the Convention of Parties (COP15) to the United Nations Convention to Combat Desertification (UNCCD). He will address the international community of business, political and social leaders at the premier global platform for public-private cooperation, the World Economic Forum (WEF) in Davos, to urge them to join the global effort to save soil.”

The movement has set out to reach over 3.5million people across the world during this campaign. “Supporters known as Earth Buddies of Australia are showing their support for this global movement to bring awareness about soil extinction on-ground in Australia by walking through all the major cities of Australia.”

According to the United Nations Convention to Combat Desertification (UNCCD), over 90% of the earth’s soil could become degraded by 2050, resulting in global crises including food and water shortages, droughts and famines and unprecedented rates of species extinction.

The movement is fully supported by fellow global leaders such as renowned conservationist Dr. Jane Goodall, His Holiness the Dalai Lama and the Executive Chairman of the World Economic Forum (WEF). In the last few weeks, the community have already walked through the streets of Perth City and Fremantle. Starting outside the Rendezvous Hotel in Scarborough, this Sunday’s walk will commence at 4pm. If you can’t make that date but would like to help, you can register to become an ‘Earth Buddy’ here.

Conscious Planet’s target is to “bring back at least 3-6% of organic content in the soil, by bringing the land under shade from vegetation & enriching the soil through plant litter and animal waste.” They aim to inspire a conscious approach to saving soil and the planet. You can find out more on their Facebook page or visit their website Conscious Planet: Save Soil here.

We recognise and are honoured to work and stand upon Whadjuk Noongar Boodja, and pay respect to elders past, present and emerging. Register now and be ready at 9am for the opening of one of the greatest Aboriginal online art markets in Australia, with art from over twenty communities available online. Attracting over 15,000 visitors […]