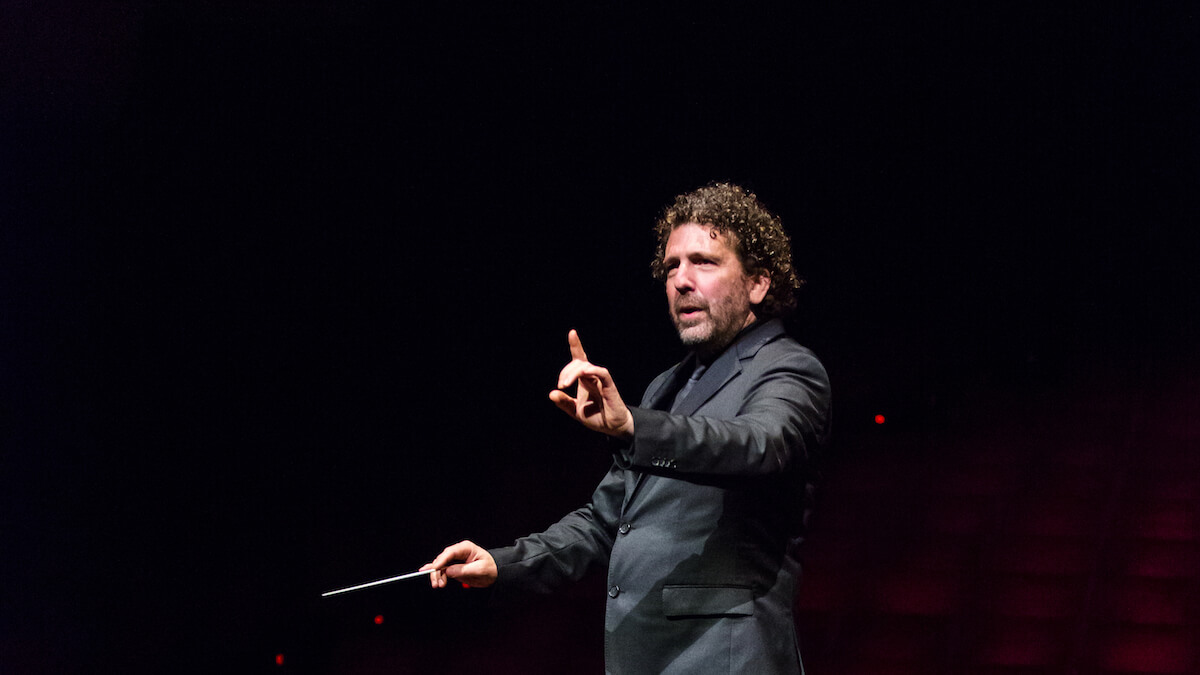 A renowned conductor in both the operatic and symphonic worlds, Asher Fisch is especially celebrated for his interpretative command of core German and Italian repertoire of the Romantic and post-Romantic era. He conducts a wide variety of repertoire from Gluck to contemporary works by living composers. Asher Fisch took up the position of Principal Conductor and Artistic Adviser of the West Australian Symphony Orchestra in 2014, and in 2017 extended his contract until the end of 2023. His former posts include Principal Guest Conductor of the Seattle Opera (2007-2013), Music Director of the New Israeli Opera (1998-2008), and Music Director of the Wiener Volksoper (1995-2000). Highlights of the 2017-18 season include guest engagements with the Milwaukee Symphony, Seoul Philharmonic, Würth Philharmonic, a jubilee concert celebrating the 200th anniversary of the Chorus of the Semperoper Dresden, and a tour to Japan with the Bayerische Staatsoper conducting Mozart’s The Magic Flute. Guest opera engagements include The Flying Dutchman at both Semperoper Dresden and at Bayerische Staatsoper, where he also conducts La traviata and Un ballo in maschera this season. In addition, Asher Fisch and WASO celebrate the orchestra’s 90th anniversary, and will present a concert version of Tristan und Isolde with Stuart Skelton and Eva-Maria Westbroek in the title roles. Fisch recently made debuts with the Sydney Symphony and the New Japan Philharmonic.​

Russian-born Conductor Vladimir Verbitsky returns each year to the West Australian Symphony Orchestra, where he is a much beloved figure. He began his association with WASO in 1987 as guest conductor after touring Australia the year before with the USSR State Symphony Orchestra, a tour that saw him invited afterwards to become Music Director of the State Orchestra of Victoria, Melbourne. After five years, he was appointed Principal Guest Conductor of WASO, and in 1997 made Conductor Laureate. On 6 June 2009, in a special ceremony from the stage of the Perth Concert Hall, Australian Senator Chris Evans publicly conferred citizenship on the Maestro at the conclusion of his WASO concert, recognising his more than 22 years’ association with the country and speaking to his significant contribution to the country’s rich cultural diversity.

After attending Chethams School Of Music, Laurence Jackson gained a scholarship to the Royal Academy of Music in 1984. Studying with Emanuel Hurwitz, Maurice Hasson and Anne-Sophie Mutter, he was a prize-winner at the 1985 Yehudi Menuhin ‘Concours de Paris’ Competition and won 3rd Prize at the 1st Sarasate Violin Competition in Pamplona, Spain. In November 1990, Laurence received 1st Prize at the 17th International Violin Competition ‘Dr Luis Sigall’ held in Vina del Mar, Chile and subsequently he gave concerto and recital performances throughout Chile as well as a recital tour of Argentina. Since making his Royal Festival Hall debut in 1990, Laurence has forged a highly successful career as a soloist, chamber musician and concertmaster, appearing with the BBC Scottish Symphony Orchestra as well as directing the Guildhall Strings, Calgary Festival Orchestra and the Birmingham Contemporary Music Group.

Barking Gecko, WA’s locally cherished theatre company for children and their families, is bringing a brand new Australian Play to Perth stages in April. Centred around creativity, growing up and living outside of the box, The Great Un-Wondering of Wilbur Whittaker, tells the tale of a reluctant hero who must journey across the universe in […]

Celebrating House by Barking Gecko, bringing the rich world of quality theatre to our kids

Barking Gecko is a local theatre company that creates and tours world-class theatre for children and their families. The company’s vision is to create a space in which children can be courageous, creative and culturally engaged with a commitment to artistic excellence, regardless of age. When it comes to kid’s theatre, Barking Gecko’s motto is […]