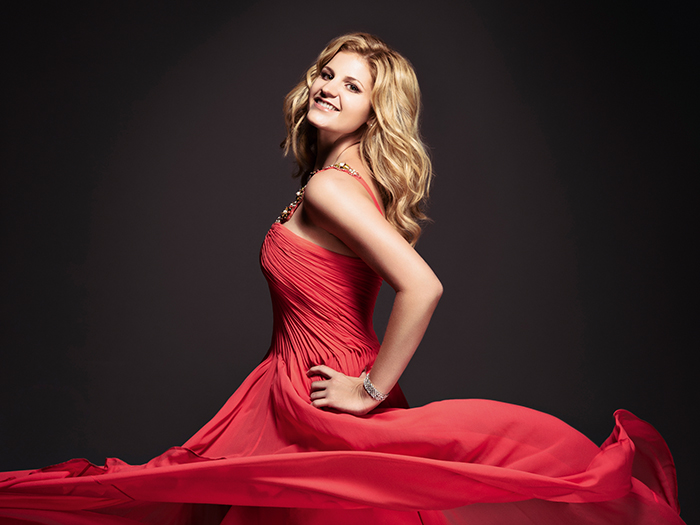 MIRUSIA – THIS TIME TOMORROW
Australian soprano star Mirusia has been on one heck of a ride. She’s toured around the world for nine years with Dutch violinist and conductor André Rieu, and released five successful solo albums. Nicknamed ‘The Unconventional Pop Star’, she returns home for her first extensive national tour, performing songs we
all know and love, and reminding us of her exceptional talent.
Albany Entertainment Centre, June 11.

ACO COLLECTIVE – THE FOUR SEASONS
Through the works of Vivaldi, Piazzolla and Philip Glass, internationally acclaimed director Pekka Kuusisto leads the ACO Collective to explore the seasons around the world.  Various, April 29-May 8.

BRODSKY QUARTET & KATIE NOONAN – WITH LOVE AND FURY
One of our most celebrated vocalists, Katie Noonan, joins UK’s Brodsky Quartet for a distinctive and memorable performance of their upcoming album, inspired by the poetry of Judith Wright. Albany Entertainment Centre, May 4; Perth Concert Hall, May 5. 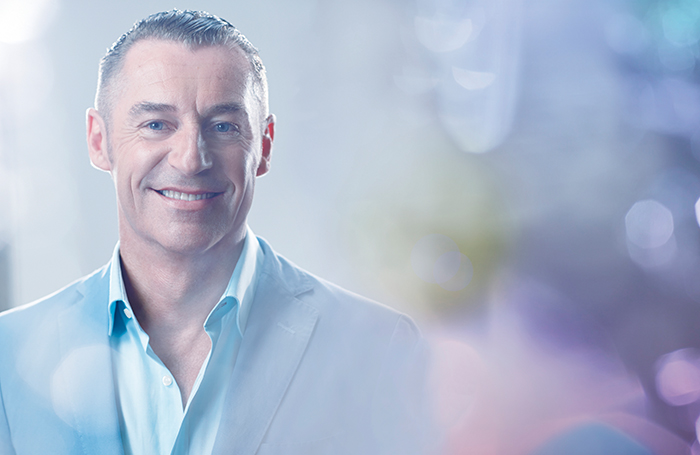 THE BELLS
The WAAPA Symphonic Wind Ensemble will play works for the wind orchestra, plus recent masterpiece Bells for Stokowski. WAAPA Music Auditorium, May 19.

FROM THE SUBLIME TO THE RIDICULOUS
Beginning with Schubert’s Fantasy in F minor, and moving through composers such as Debussy, Arensky and Milhaud, WAAPA’s classical piano students are set to bring you magical music for an evening. WAAPA Music Auditorium, May 26. 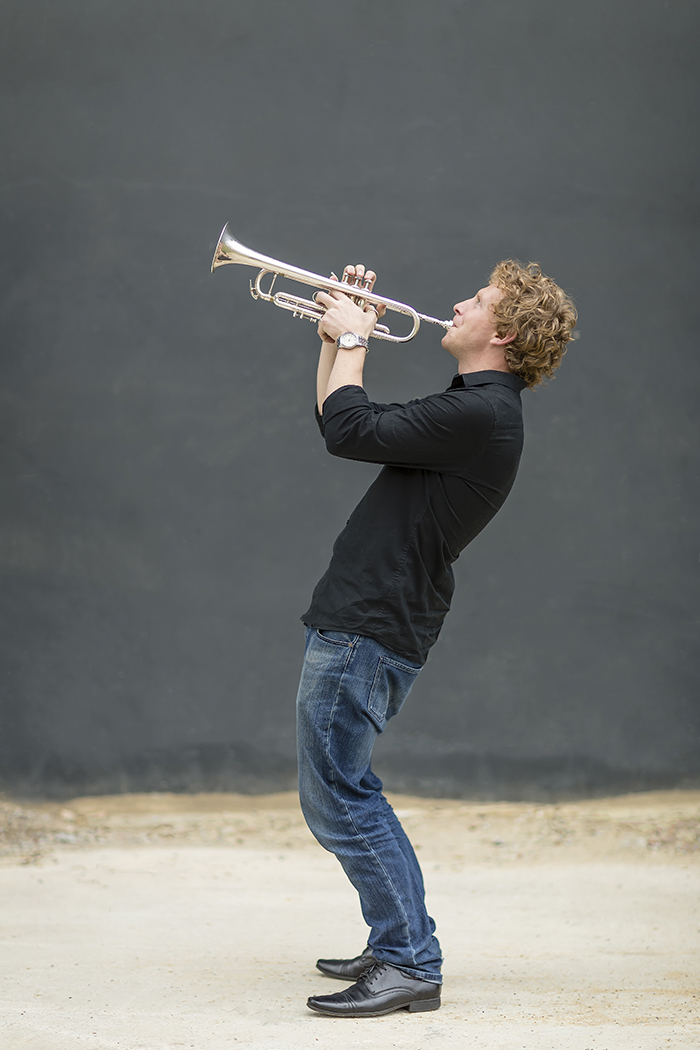 MOZART MEETS HAYDN
After growing up in Perth and studying music at University of Western Australia, WASO’s Principal Trumpet Brent Grapes impressively completed his masters at Julliard in New York, and joined the Auckland Symphony Orchestra soon after. Now at WASO, Brent will be performing Haydn’s trumpet concerto in Mozart Meets Haydn, alongside those who inspired him as a child. “Unlike a football team, where your heroes are retired by the time you play, the people I saw on stage when I was ten years old are still in the orchestra,” says Brent. “It’s a dream come true.” Haydn’s 1796 concerto was the first piece written in a middle register, as trumpets before this had no valves. “In the context of the time, this piece of music was
a revelation… it was the first time the trumpet was unshackled and let free,” says Brent. The trumpet player is expectedly nervous for his solo, but also very much looking forward to performing this special piece of music for the audience. “It’s wonderful when you reach that moment where you can just be happy to share the music… I will just stand on stage, play and enjoy it. In that moment, I’ll forget it’s a scary situation.” Perth Concert Hall, May 5-7. 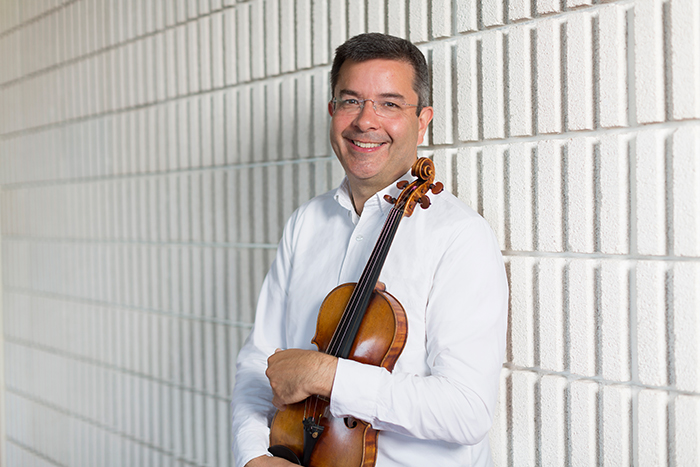 Welcome to Perth! How are you finding the west coast?
My wife Sarah and I fell under the Aussie spell immediately. Perth is a wonderful city. It’s easy to get around, and feels uncluttered and spacious. I love living so near to the beach, river and the city. I find the vibrancy and clarity of the light at sunset amazing!
What drew you to WASO?
I already knew WASO’s reputation through former concertmasters and conductors, and it was really apparent from the first rehearsal that this was a great orchestra, both technically and artistically. It’s also very friendly; I appreciate this as a newcomer.
What was it about the violin that made you fall in love?
I grew up listening to recordings of all the great violinists – Menuhin, Perlman, and Zukerman. I used to try and copy their sound, and their ability to ‘sing’ through the violin. I can’t remember a time I wasn’t playing the violin, and since I was six years old, I have never wanted to do anything else. In fact, I don’t think I could do anything else!
Tell us about one of your memorable musical moments.
This is a bit like being asked your favourite piece of music – an impossible question! Recently, performing and recording the Strauss tone poems, Ein Heldenleben and Also sprach Zarathustra with my old orchestra and [conductor] Andris Nelsons. I led a quartet for 14 years, and we shared many great musical moments together.
What’s a day in the life of an orchestral violinist like?
We learn the right notes, in tune and in time. The preparation in terms of notes to learn is so huge I sometimes call myself a ‘chief note processor’. However, with a good conductor, these basics can then be woven into a convincing musical narrative, and the creative process starts at that first rehearsal. We’re fortunate enough to play fabulous music almost all the time, and this is the greatest motivator as instrumentalists, along with working with a like-minded group of colleagues who can inspire us.
What has Principal Conductor Asher Fisch brought to your experience at WASO so far?
It’s immediately apparent that Asher is a fantastic conductor, who has a great chemistry with WASO. He’s one of the most open and honest musicians I have ever worked with.
How are you feeling about playing Mendelssohn’s Violin Concerto?
The Mendelssohn is the perfect violin concerto; it’s showy, virtuosic, yet exquisitely written for the instrument, and perhaps the ultimate ‘feel good’ concerto for the audience. The melodies will stay with you for days afterwards. I haven’t had the opportunity to perform it for quite a few years, so it will be a special occasion for me.
Mendelssohn’s Violin Concerto, Perth Concert Hall, April 22-23.