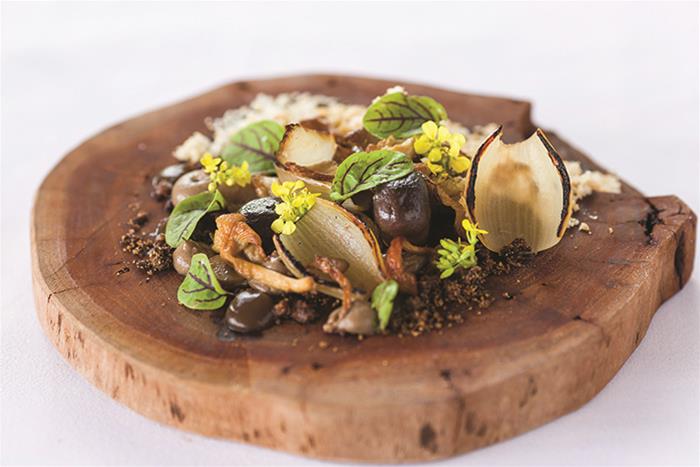 In some massive news, chef Tony Howell – the former gun from Cape Lodge – is moving on from Aravina Estate after eighteen months’ service. Plans for Manu Feildel to replace Tony have now been put on ice until the end of the year, due to his busy schedule filming for My France as well as his regular slot at MKR.

“Whilst all of this was going on, we were recruiting Ben Day as head chef to replace Tony Howell, as he has had considerable experience cooking French cuisine,” says Steve Tobin, CEO of Aravina Estate.

“Tom Spencer will be our new sous chef. We have recently launched a new French menu, and that will be modified again when Ben commences with us around the end of June.”

Ben and Tom formerly worked together at Knee Deep restaurant. 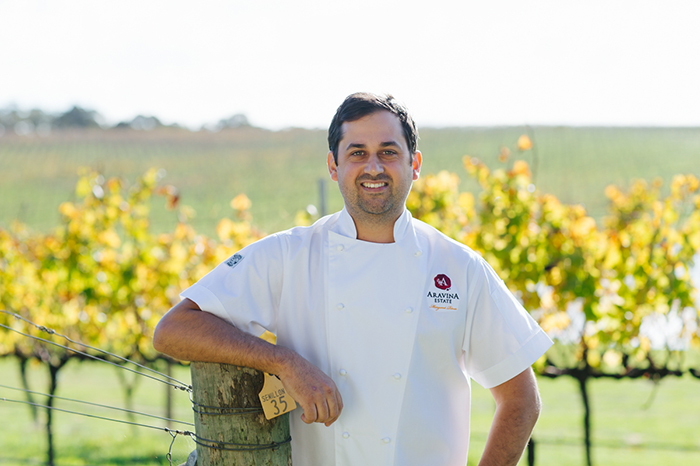 Gasp! Stalwart Shane Watson has left Print Hall for the balmier climate of Fiji, returning to his old stomping ground as executive chef of the Likuliku Lagoon Resort. In his stead is Dan Fisher, who has taken over the reins as executive chef. Originally from Adelaide, Dan actually began his apprenticeship under Shane’s tutelage.

“I came to Perth in late 2012,” explains Dan. “Shane called me to be his sous chef when he was head chef. When he became executive chef, I became head chef, and now he’s stepped away I took on the role as executive chef.

“It was nice to come back to work so closely with him. It’s my first time as an executive chef and it’s come about quickly, but it’s going well.” 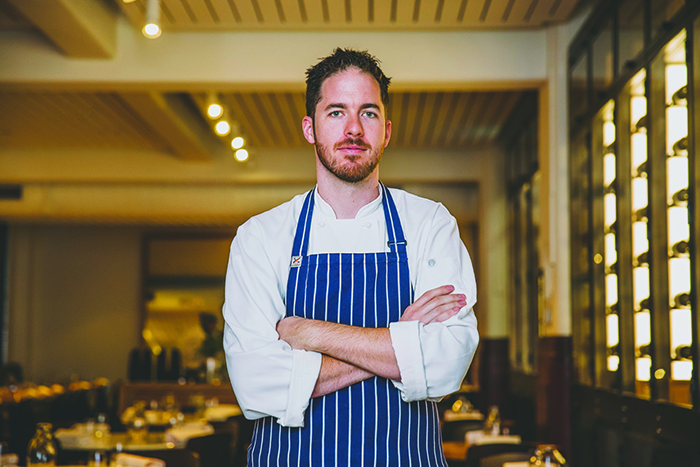 Popular South American hub Public House has itself a new head chef, and Carlos Andres Olivari Tavera is his name. Originally from Colombia, Carlos spent an inordinate amount of time during his South American childhood cooking with his family and serving up pasta.

“I come from an Italian family, where all the boys and girls were in the kitchen cooking together,” says Carlos.

“One of my earliest memories was playing with the flour for the pasta. We cooked lots of different things, but I didn’t begin cooking properly until I moved to London. It was meant to be only for six months to learn English, but I ended up staying there for fourteen years.”

It was in London that Carlos met his Perth wife, and they moved here nearly five years ago.

Carlos’s most recent stint was as head chef at The Peasant’s Table in Mt Hawthorn, with his main focus being on freshness. “The June menu at Public House will be my own,” he says, “but it will definitely have a South American influence.”

• Australia’s first crowd-funded permanent restaurant, Lucky Chan’s Laundry and Noodlebar, has gone off like a rocket. It’s also procured itself a head chef in the form of Danny Sanchez. Danny’s pedigree includes working as sous chef at Jackson’s, plus stints at Rockpool Perth and that Melbourne bastion of Mexican taquerias, Mamasita. He’s also collaborated with the likes of Elena Arzak and Andoni Luis Aduriz at the Melbourne Food & Wine Festival.

• New executive chef at Albany eatery Due South, Kenny McHardy, is already making waves on the local circuit, recently featuring at the Taste Great Southern fiesta and the Chefs for the Gascoyne fundraiser. He also mills his own wheat for flour, makes the four hundred seater eatery’s cured meats and sausages, and has his own personal fishermen. What’s not to like?

• Perth superstar chef Matt Stone is still kicking goals, currently putting the finishing touches on his new Melbourne cafe, Bakeshop, where
he’ll be baking bread from scratch. It’s due to open in July.

• Upscale Italian eatery Divido lost its founder, Jason Jujnovich, when
he started a new venture in Balkan street food. New chef-owner Sam Kumar has been sharpening his skills at several Italian restaurants both in Perth and India.

Tom Randolph, chef-owner of No 4 Blake Street in North Perth, explains why degustation is still the way to go. As told to Jenny Susanto-Lee

‘Degustation’ is a bit of a dirty word at the moment. It has been for around five years now, especially with the advent of the small plate, but I think a level of trust is missing. To enjoy fine dining, there’s an understanding that if you’re ordering from an a la carte menu, then you don’t simply order a main meal. You visit the restaurant and you play the game because you know the rules. Within that context, degustation is still quite strong. Many restaurants around town enforce a degustation on a Saturday night. When you go out to a small eats place, after eating your fill and enjoying a couple of drinks, you have actually spent quite a lot of money, and that is often unintentional. If you dine at a degustation restaurant, everything is up-front. You know the exact price of your meal and your matched wine because it is a set price.

In a degustation restaurant, waitstaff have their own sections to look after. If you eat in a small bar, you deal with one person at the bar, another person taking your order, and yet another person serving the order. There is no relationship built between the service staff and the customer. With degustation, waitstaff get to know if a person has a food intolerance, which ingredients they prefer, and what their aversions are. At No 4 Blake Street, we cater to our customers individually and specifically. And they are stoked. They’ve had an amazing, customised meal and they haven’t had to compromise anything.

With degustation, there’s a certain degree of entertainment involved. I do believe people eat with their eyes, and at our restaurant we try to emphasise that sort of theatre. People form certain assumptions to certain foods, when it should be the dish that’s in front of them they are reacting to. It looks beautiful, it smells beautiful, try a bit of this and that, and you might like it.

A good degustation should be that, at the end of each course, you’re left wanting more. You need to get a diner to the end of their meal, seven courses in, without overfilling them. You don’t want them sitting in front of dessert thinking, ‘I just can’t fit it in’. At the other end of the spectrum, you also don’t want your customers leaving thinking, ‘Where’s the nearest burger bar? I’m still hungry’. And that will always be the biggest challenge, finding the right line. Fundamentally, it’s a dining experience and people need to eat and leave feeling full, because that is the actual function of food.

Degustation is a committed sort of dining, but how long should it take? When I experienced a degustation in Paris, it took me two hours, and it was the most beautiful dining experience of my life. It was like a dance, where waiters appeared out of nowhere and food magically arrived in front of me. When people commit to a degustation, that level of trust needs to be rewarded with a fantastic dining experience. That is our aim at No 4 Blake Street. 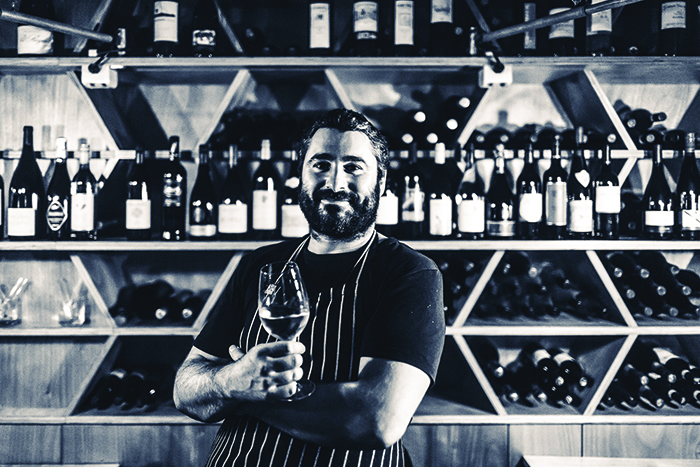 Stock up on organic, sustainable goods at these waste-free stores across Perth

It’s no secret that our planet is in need of a lot of love and thanks to the number of waste-free food stores popping up across Perth, leading an environmentally-conscious lifestyle has become easier than ever. Whether you’re dedicated to leading a sustainable lifestyle or simply enjoy incorporating organic, nourishing foods into your diet, shopping […]