Charlesworth Ballet, Western Australia’s longest standing dance school, celebrates 60 years in 2021 and will be marking the occasion with a special gala performance from Youth Ballet WA, highlighting the future stars of the Australian dance world.

Set to take place on July 31 at Crown Theatre, the 60th Anniversary Gala performance will include a Defile, a presentation parade of past, present and future stars of the ballet world. The Gala will be an exploration of genres with students performing excerpts from much loved classical ballets like Giselle, alongside 1920s inspired commercial pieces by returned choreographer Christopher Bailey.

Charlesworth Ballet first opened its doors in 1960, launched by talented ballerina and pioneer of dance, Terri Charlesworth, who was awarded an Order of the Medal of Australia for her contribution to dance. Terri’s daughter Sonya Shepherd has since stepped into the director role, developing a full-time pre-professional programme and establishing Youth Ballet WA (YBWA), a not-for-profit charitable organisation providing an elite ballet programme that has an emphasis on career-based training. The 60th Anniversary Gala will see former students join current and future students of the pre-professional course onstage to showcase their unique place in the history of Charlesworth Ballet.

Charlesworth Ballet is especially excited to welcome back acclaimed alumni Liam Blair and Lauren Limmer who have returned to the school to choreograph for the Gala. After graduating from Charlesworth, both students relocated to Germany to pursue their professional careers as dancers. The performance will combine a number of styles including contemporary, Spanish, classical and neo-classical showcasing the broad talents of Charlesworth’s students.

The 60th Anniversary Gala will be hosted at Crown Theatre on July 31 at 7:00pm. Tickets can be purchased here. 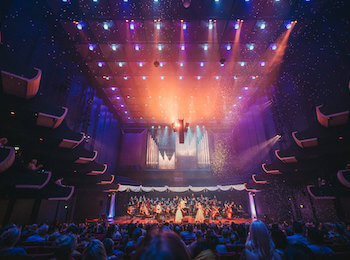 The Perth Concert Hall is a familiar and iconic sight in the Perth CBD. Located on St George’s Terrace, the building has played host to performances of all kinds since it first opened its doors on Jan 26, 1973. You may be surprised to know the building is renowned both nationally and internationally, with its […]

We love any excuse to enjoy a cheeky G&T and thankfully, with World Gin Day coming up on June 12, we’ll have plenty of reason to indulge. To help us celebrate the occasion, iconic gin bar The Flour Factory have launched their very own house gin, made especially for them by small-batch artisanal gin-makers Spirit […]