The Good Food Guide judges said: “The food is simple, it is bold and balanced, well-conceived, and the customer experience is the apogee of casual dining executed by smart people”. Recently, renowned former Chef of the Year, Guy Jeffreys, took on a supporting role at Bunkers Beach House continuing his no waste, sustainable food ethos and transforming the restaurant into a casual seafood eatery with Western Australian seafood as the main ingredient.

Jeffreys said: “It has been fantastic to be at Bunkers Beach House sourcing and cooking Western Australian seafood. There are simple, European flavours and plenty of share dishes with seafood as the star ingredient. Nothing will go to waste here”.

“I am very proud of Head Chef Jason Van Druten and the entire team at Bunkers Beach House for embracing change and delivering such a great casual dining experience. We are honoured to be recognised by The West Australian Good Food Guide as the number one casual dining venue for 2019,” he said.

As Executive Chef, Guy Jeffreys oversees the award-winning Millbrook Winery Restaurant in the Perth Hills working with Head Chef Jamie Hembrow. Recently, at the Australian Good Food Guide Awards 2020, Millbrook was the only restaurant in Perth to receive the highly sought after Two Chef Hats – one of only three restaurants in the state to be awarded this honour. 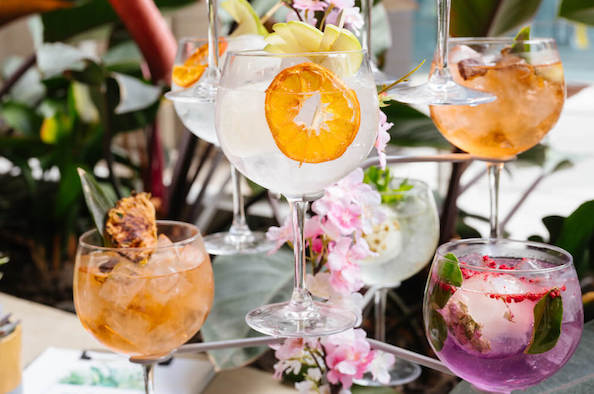 One of Perth’s most-loved bars has announced a three-week Gin & Tonic Gala, taking place September 7 – 27, 2020. A popular hub for gin-lovers renowned for their famous gin-wheel, The Flour Factory will be hosting a range of gin-focused events including gin-infused dinners, gin masterclasses, and gin yoga. Running throughout the Gala from 5pm, […] Entwined in the Valley announced for October, featuring a speakeasy gin mixing class

From October 9-11, the Swan Valley will celebrate the fruits of their womb with over 25 foodie, wine, beer and spirit events. Whether you’re a fan of bottomless brunches, tastings or brewing masterclasses, Entwined in the Valley has your bases covered. The weekend kicks off on Friday evening with the first ever Swan Valley Winemakers […]