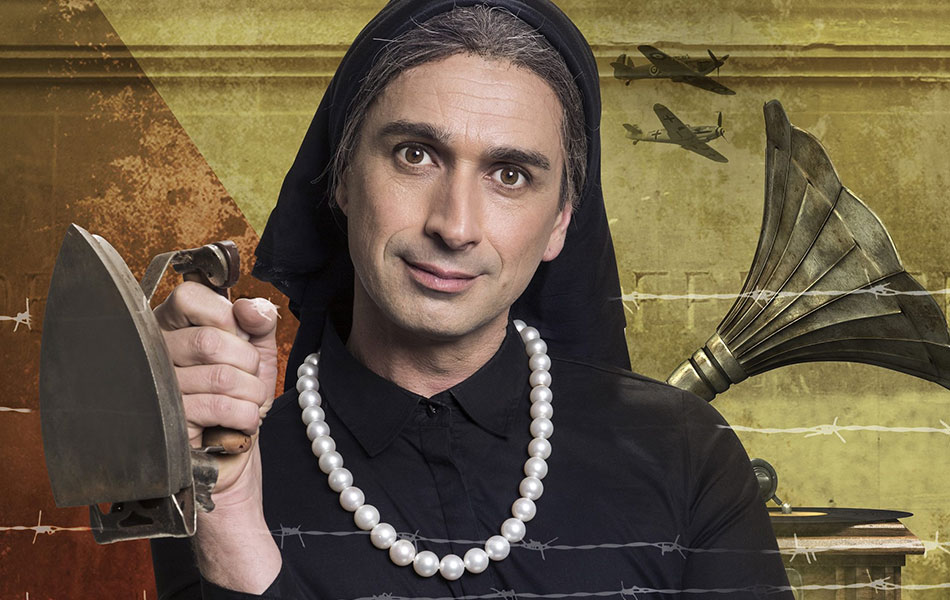 Scoop catches up with actor Brendan Hanson to talk about the challenges of playing 36 characters in one show and why he thinks Perth is a very tolerant city.

Brendan Hanson is preparing to take to the stage next month in Black Swan State Theatre Company’s production of I Am My Own Wife. The Pulitzer Prize and Tony award-winning drama follows the story of German antiquarian Charlotte von Mahlsdorf, who survived living through Nazi and Communist regimes in plain sight as a transvestite.

A one-man show with 36 characters is a big ask for any actor, and when Brendan was approached by Black Swan he admits he had to do some research first. ‘It is a huge challenge to take on,’ he says. ‘I was very flattered, then I read the script and just went, “oh wow, what an incredible story to tell”. It’s one that has become more and more pertinent given what’s going on in the world right now.’

It’s all about the timing, Brendan says.

‘I’m actually blown away that I’ve got the opportunity to tell this story at this time, that it’s so divisive. In a time when our voices are being so judgemental, this play is not that at all.’

‘It’s a really intimate relationship. You’re sharing this story with, in this case, about two hundred and fifty people each night and that’s really challenging. But it’s also such a gift – I feel so grateful to be telling a story like this now and to take that audience on Charlotte’s journey with me.’

Born in Broken Hill, New South Wales, Brendan and his wife relocated to Perth twelve years ago. ‘In Perth we actually have such a broad immigrant community,’ he says. ‘We have so many people from other countries here, and maybe that brings about a balance to those questions of tolerance – I’m not sure. Intolerance is not something that I encounter here, but I know some friends do.’

He says that he feels drama and acting are important skills for anyone to learn, as they encourage tolerance and reduce judgement. ‘These skills are invaluable for everyone regardless of whether it becomes your career or not,’ he says. ‘You just learn how to see the world through a different person’s eyes, and to be less judgemental as a human being.’

Despite the obvious challenges of learning 80 pages of lines, playing 36 characters and nailing the different accents for each one, Brendan says he’s been completely taken in by the Doug Wright’s play. ‘There’s a very clever duplicitous nature to this play where you are introduced to Charlotte, a world-famous transvestite from Germany who survived the rise and fall of the Iron Curtain, among other things, and you just have to ask, how is this even possible? How did she survive? But she didn’t just survive, she thrived.

‘You’ll leave the play questioning things rather than it serving up “this is how it is and this is how it should be”. It shows many sides to the one story, so you’re left working it our for yourself – and I think that’s really healthy.’