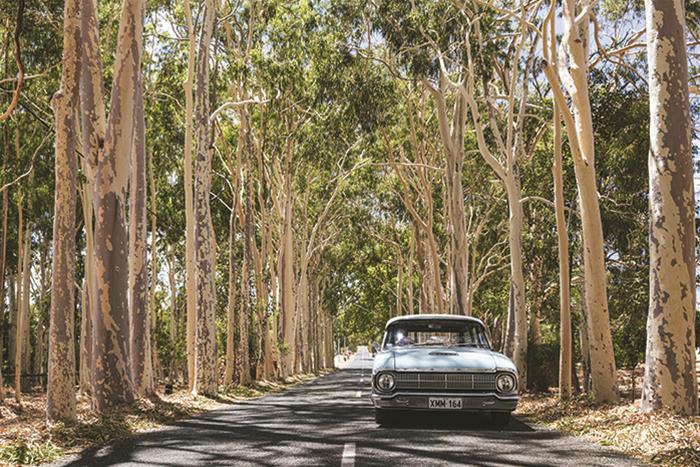 24 Mar, 2015
Web
While the Swan Valley is the go-to weekend escape for many Perth foodies, we’ve taken a fancy to an altogether different valley.

Once you’re there, it’s easy to forget the Bickley Valley is just a half-hour drive from the CBD, a straight shot (blessedly, for this navigationally challenged driver) down Orrong Road and Welshpool Road East. It’s a destination with the sort of charm you’d expect to travel hours down winding rural roads – or back in time – to experience. One of the best things about it is, in fact, the leisurely way you can plot your day. The tourism centre has pre-mapped a wine trail, but don’t feel you have to follow it slavishly. Serendipity is part of the journey – as are the olive trees and roadside fruit stands you’ll pass along the way.

On my trip to the Bickley, the first place I stumbled upon was the Rose Heritage Cafe. What used to be a rustic chalet has undergone drastic renovations and is now a sprawling modern cafe overlooking the treetops. I kind of wished they’d resisted the update: beds of roses, old-fashioned cheery service and little touches like ‘cakeage’ (yes, like BYO wine, but for cakes) beg for a pastoral backdrop. There’s no better stop for scones and a glass of the cafe’s signature ‘rose-ade’. This delicate, lightly carbonated lemonade drink is infused with fresh rose petals from the nursery. And what a nursery it is – rows of rose bushes set amidst storybook touches like romantic garden arches, and branches that bow down to make a hidden dining enclave. Across the way, a little lake swirls with plump koi and ducks. It’s all a bit Alice in Wonderland, really. 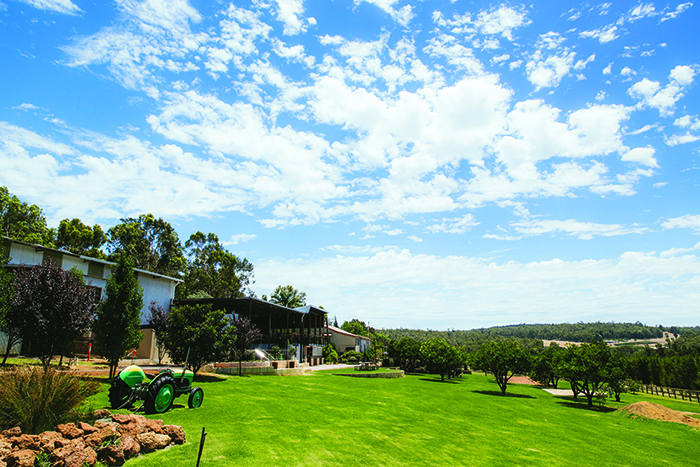 If you’re after a Sunday sesh less ordinary, take a seat under an apple tree at the Core Cider House in Pickering Brook and relax to the soundtrack of dub and local musicians. The two-time gold medal winner at the WA Tourism Awards is more modern than most places you’ll find in the Bickley, with contemporary architecture, astro-turf poufs, and cheekily titled drinks (think names like Peace Core and Core Meltdown), but that doesn’t mean it’s interchangeable with any old trendy pub in the CBD. Trust us, you won’t find views of the rolling hills – so vivid and green it’s as if someone turned up the brightness knob – amongst the urban grit. The food is not your average pub grub either – there’s rabbit and fig instead of surf and turf, pork and cider terrine in place of burgers – and a range of delicious bevvies made on the premises. Worth a try is Pith’d, a sparkling lemon drink that’s sweet and zesty, and goes down easily on a warm day.  Just watch you don’t guzzle it too quickly – they had to up the alcohol content to 8% so it could be classified not as an alco-pop but a wine. It’s not unfamiliar territory: Core’s brewer, Adrian Kenny, cut his teeth on cork, producing wine for McLaren Vale for several years. He’s in good company.  A lucky coincidence of geographical and topographical conditions has primed the Perth Hills for exceptional grapes, and clustered in the tiny Bickley area are ten boutique wineries. Most are family-owned businesses, like Hainault, at which husband-and-wife duo Michael and Lyn Sykes have made an after-office-hours labour of love pay dividends in valley vino (they also do a mean cheese platter). One of my favourites was Myattsfield, run by young couple Josh and Rachael Davenport, who make some of the most exciting wines I’d tried in a while. The rosé was the sort you should buy for someone who professes to hate the stuff – it’s light and delicate, with a delightful raspberries-and-cream centre, and none of the cloying cherry that gives the variety a bad name. The verdelho, too, was a sweet surprise. “Verdelho has had a bad rap for the past few years because it tends to be a very sweet dessert wine,” says Myattsfield’s Emma Hall. “This one is very citric and light and fresh. It’s completely glubbable and great with food – dangerously so!” Myattsfield has also created a line of wine sorbets recently, which have to be tasted to be believed. Perfect for red wine drinkers, they’re as concentrated and delicious as their liquid counterparts, without the heady warmth (though not without the alcohol percentage, so watch yourself before you drive on.) The Brookside Vineyard is home to perhaps the smallest vineyard in Australia – just one acre, co-owner Fay Fels tells me – but that is no reason to pass it over. Its wines are beautiful – try the methode champenoise – but the main attraction is the Vineyard Kitchen, so charming and special that romantics and epicureans will fall for it instantly. Fay and her friendly partner Peter run the joint, while their son Ryan takes the helm in the kitchen. He does it well, with delicious fare – try the perfectly seared scallop atop a crunchy black pudding sausage, the lamb brains, or honeycomb fresh from the hive, with goat’s curd. “We’ve been doing what we do for ages, we don’t do any advertising, but word just seems to have spread,” says Fay. I’m not surprised. With weeping willows, a rippling brook, and antique wrought iron furniture, it could have been transplanted from Monet’s gardens. You’ll have to book more than two weeks in advance for lunch now, because they don’t turn the tables. It’s also become a popular venue for small weddings (up to 50 people). Another winery and cafe worth a visit is Fairbrossen (German for ‘full to bursting’, which is what you’ll be when you leave). “My parents lived here and started serving Devonshire teas and scones, originally just out the front of the house on the verandah,” recalls Fairbrossen winemaker – and president of the Perth Hills Vignerons Association – Matt Bowness. It’s now become a fully serviced cafe, offering glimpses of the vines, and a sustainable winery out back. “Except for the shed, everything’s recycled,” he says. “We turn all waste product into gas.” Matt has been friends with Myattsfield’s Josh Davenport since university, and he’s full of praise for him, as well as the other local wineries – a trend I’ve noticed among all the producers I’ve met. “It creates this community feel,” says Matt. “People might not drive up here just to go to one winery, but with lots of places producing amazing food and wine, the Bickley Valley is becoming a destination.” Less than one hour north-east of Perth, Chittering Valley is the perfect winter escape for kids as well as mums and dads. The surprisingly hilly region is covered in green and an endless variety of farming and paddock-to-plate experiences. Farmstays are a beautiful alternative for families and a great way for kids to interactive with […] 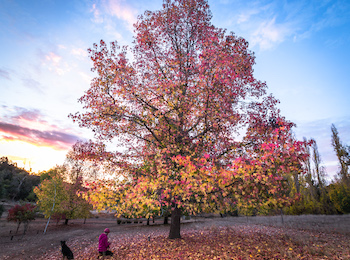 Nested in the rolling hills of the Blackwood River Valley is the charming town of Balingup, an easy 30km south of Donnybrook. Surrounded by farmland, orchards and forests, this vibrant town is waiting to show you its array of hidden delights. The town centre is home to galleries and boutique shops, where you could spend […]