Best of the Season 3. FIVE BY NIGHT: BALLET AT THE QUARRY A sizzling summer season from the WA Ballet. Quarry Amphitheatre, February 5-27. 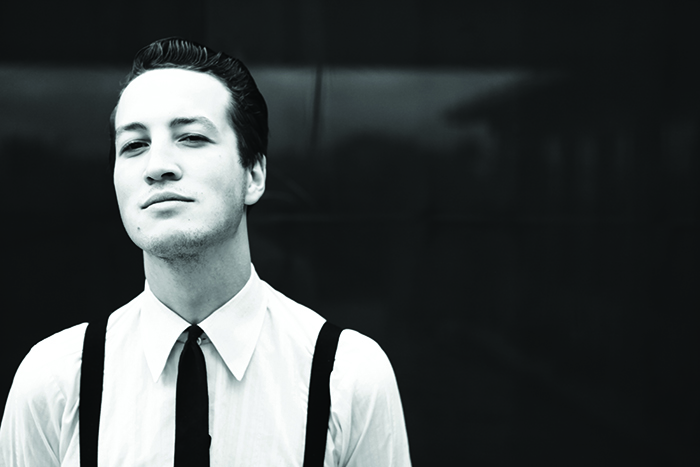 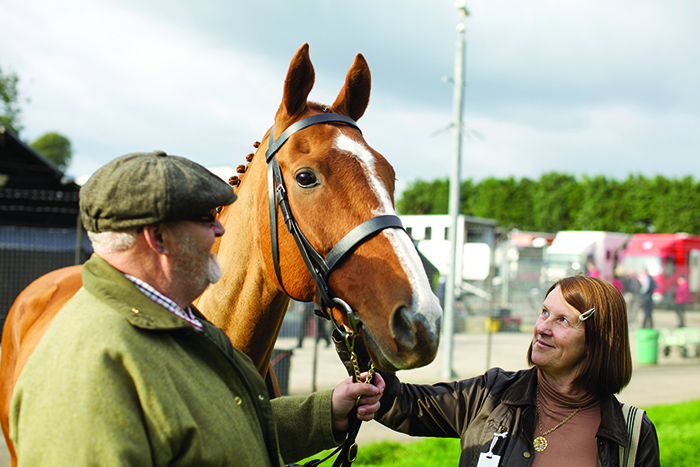 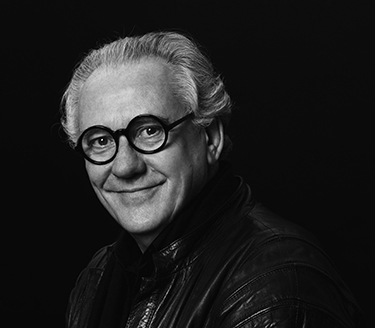 Art Gallery of Western Australia,
until January 31.
Living on the western edge of this vast continent, so much of our early history is forgotten in favour of captains Cook, Philip and Bligh. On the 400th anniversary of Dirk Hartog’s
collision with the Western Australian coastline, it’s important to remember how early and how significant those earlier contacts with Europe were for Aboriginal people, and for the longer historical perspective on white settlement in this country. Treasure Ships documents that period before the British, when
the journey to and from the Spice Islands led to the construction of great fortunes and a flow of ideas and information between Asia and Europe. It is Western Australia’s coastline that is charted with great accuracy in the maps on
show, not our country’s eastern and southern coasts. Beautifully displayed in the Art Gallery of Western Australia, this is an absolute must-see exhibition. 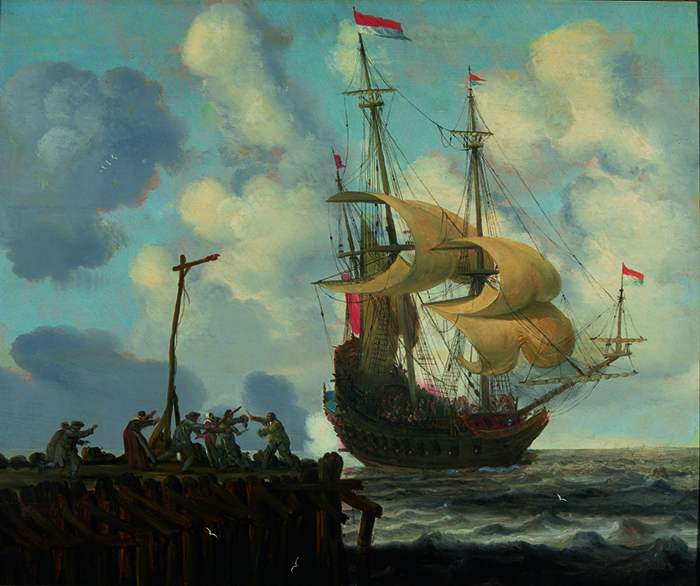 Christmas Tradition It’s Christmas, so Handel’s Messiah is a must do! Every year on Christmas Day, when my children were small, I would put on Handel’s Messiah to create the Christmas mood – because they were so desperate to open their presents, they allowed me, and the house filled with wondrous voices, including my own, singing loudly about worms devouring our bodies. It was only later when they listened to the words that they baulked and we replaced the ritual with something lighter. Nevertheless, Christmas isn’t really celebrated until I’ve immersed myself in at least one performance of Handel’s extraordinary oratorio. Perth Concert Hall, March 3-4.
I had the great pleasure of touring Wynton Marsalis and the Jazz at Lincoln Center Orchestra in 2000. He is a consummate
musician, as well as a thoroughly decent human being. The last time Wynton and the orchestra played the Perth Concert Hall they received a standing ovation as they entered. Each member of the band contributes equally to the technical brilliance and warmth of phrasing that transcend the usual concert experience. A first half of jazz standards will whet the appetite for the Marsalis-penned
Swing Symphony, with our very own WASO. It will be an evening to satisfy even the most demanding of listeners. 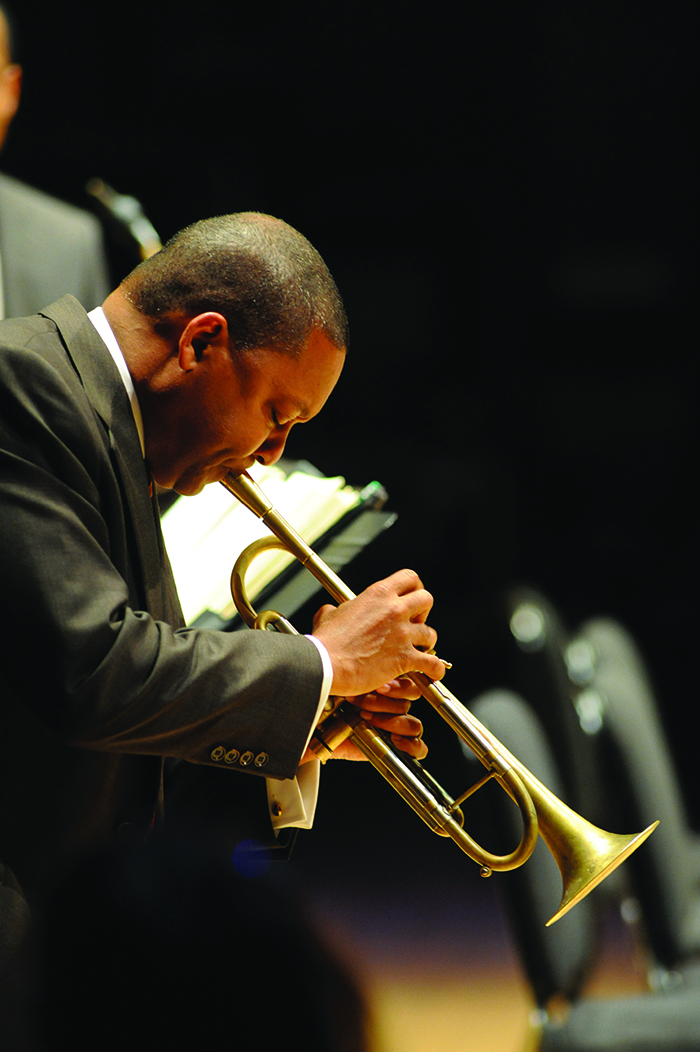 Working in the Arts I have been very lucky to work in the arts all my life, and to travel the world to see and hear extraordinary work. Music halls in Brazil, old theatres in Asia, and town squares in France have been the backdrop to many unforgettable moments. One memory is hard to beat: the final moments of the Perth Festival co-commissioned adaptation of Tim Winton’s Cloudstreet, at the Endeavour Boatshed in Fremantle. The hairs still stand up on the back of my neck just thinking about it: telling a WA story with universal appeal. Various locations in WA, February 11-March 6.
What I am really excited about this summer is seeing the State Theatre Centre of WA coming alive as part of the 2016 Perth International Arts Festival. The STCWA is the most incredible venue, a glittering jewel in Perth’s treasury of performance spaces – it will feature 80 performances across 32 days and will be one of the key performance hubs during the festival. With nine outstanding productions, including dance and theatre, and a Sunday afternoon conversation series, there
will be something for everyone. Plexus is just one of the shows you can catch at
PIAF 2016.

Celebrating Culture I took my 11-year-old son to see Bell Shakespeare’s Hamlet a couple of months ago. He was on the edge of his seat, completely and magnetically spellbound. He later told me it was “the greatest night of his life”. Shakespeare was never like that when I was a kid. Perth’s arts culture is much greater and more diverse than many people realise – this (now not quite so little) town on the edge of the world has some simply top drawer, world-class stuff that we produce and which we attract. We just need to shout about it a little more. Langley Park, February 13.
I am very excited about Home – PIAF’s free, opening event for 2016. Inspired by a sense of place, Home is a reflection on the landscape and what the idea of ‘home’ means to some of our most imaginative and evocative artists. The roll call of WA artists is extraordinary – from writer Tim Winton to musicians like The Waifs, John Butler, The Triffids, The Pigram Brothers and more. A magician of outdoor storytelling, Nigel Jamieson is working alongside an amazing creative team to create an outdoor spectacular at Langley Park that will stir our hearts and minds. Expect the unexpected.
first arts memory My first recollection of being in a theatre was at aged two, seeing The Wizard of Oz. I loved the wonder of it. It’s a special moment, entering a theatre, waiting for the lights to go down and for the magic to unfold. In my world view, artists are heroes. Visionaries, mavericks and dreamers, it’s through the lens of their imaginations we get to see, understand and re-imagine our world. I wanted to work in festivals for as long as I can remember because I love the intense burst of energy and ideas they bring. I’m so looking forward to festival time and the opportunity for us all to be in the orbit of the extraordinary artists who will inhabit our city. It’s a great moment to gather together and explore what is going on in the world, and the stories that connect us. Robert’s event pick
Five by Night: Ballet at the Quarry

Quarry Amphitheatre, February 5-27.
First up, I am looking forward to the annual WA Ballet experience at the Quarry with the Five by Night series – five distinct works showcasing the virtuosity of this wonderful dance company. We have only been living in Perth for three years, but have already concluded that despite the tyranny of distance, the arts in WA are highly varied and more accessible than they were for us in Melbourne and Sydney. With the new contemporary dance company CO3 bursting onto the scene, and Elizabeth Quay moving forward, we should expect even more choices to come.

Across the Globe My idea of the ultimate world tour would start with the Grand Ole Opry at the Ryman Auditorium, downtown Nashville – the ‘mother church of country music’ – this year celebrating its 90th anniversary. The Opry puts on a remarkable live show every Friday and Saturday night, with at least ten live acts each night covering the breadth of traditional and contemporary country styles, plus plenty of acoustic bluegrass and the occasional square dance! Various locations around Perth, January 22-February 21
It goes without saying that Fringe World is the arts event I’m most looking forward to. It’s such an incredibly welcoming festival that embraces audience members from all types of different backgrounds and communities in a relaxed and comfortable atmosphere. Fringe brings artists together from all over the world and, most excitingly for me, gives our local West Australian artists an opportunity to showcase their works to appreciative crowds. There are hundreds of acts and shows on offer, guaranteeing something for everyone, and giving the opportunity to venture outside your comfort zone and try something new. I am huge fan of Fatboy Slim; he’s playing in January at the beautiful Red Hill Auditorium. It’s going to be an amazing show. Dolly Diamond will be Alive and Intimate during Fringe.

The Blue Room, Northbridge The Blue Room, nestled in the heart of the Perth Cultural Centre, offers a year-round program of contemporary independent performance. It is home to some of Perth’s most talented performers and is a creative hub for Western Australia’s independent theatre scene. No matter what
time of year a visitor arrives in Perth, there will always be something creative, progressive and completely independent on offer at The Blue Room, and other fantastic West Australian theatre companies such as Black Swan, The Last Great Hunt, and Yirra Yaakin.

Festival Fun If you are lucky enough to be in Edinburgh during August, allow yourself to get swept away by the amazing array of events and performances at the Edinburgh Fringe. It’s the original Fringe, and by far the largest arts festival in the world, presenting more than 2500 shows in three short weeks. I recommend seeing as many as you can!