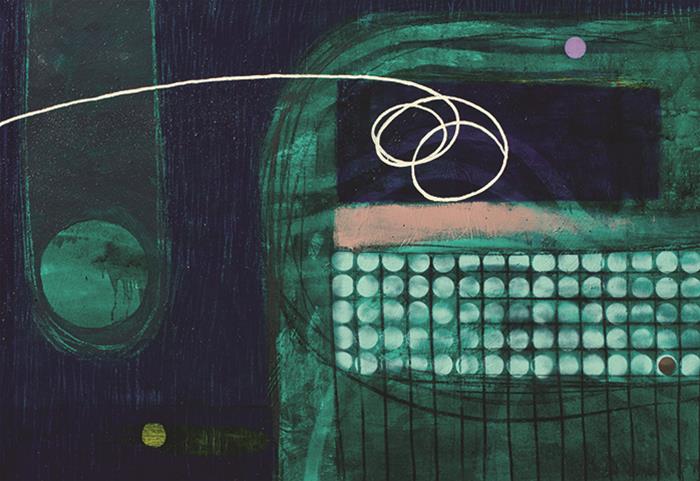 15 Dec, 2015
Web
Breathtaking landscapes, classical imagery, modernist abstract, and people-centric photography are just some of the artworks on show this summer, as Perth’s galleries roll out their vibrant new-year exhibitions.

DAVID SPENCER
David says his art practice is a reflection of his personality, and who he is. Like any artist, he is constantly inspired, always thinking about art and the different ways he can deliver it to the public. David Spencer, Gallows Gallery, April 7-24. 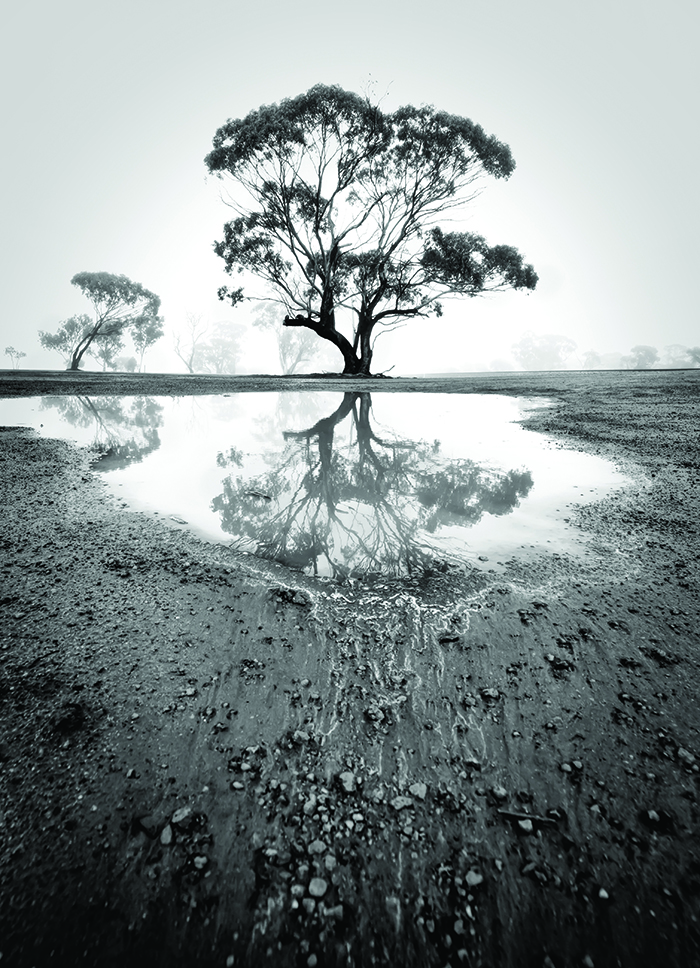 Reflection of a Tree by Pene Stevens. Photograph.

PENE STEVENS
A diverse collection of more than 60 photographs will be on display, including images of wildlife, the land (midwest and beyond), people studies, and architecture, so there is sure to be something to please and interest everyone.
Geraldton Regional Art Gallery. 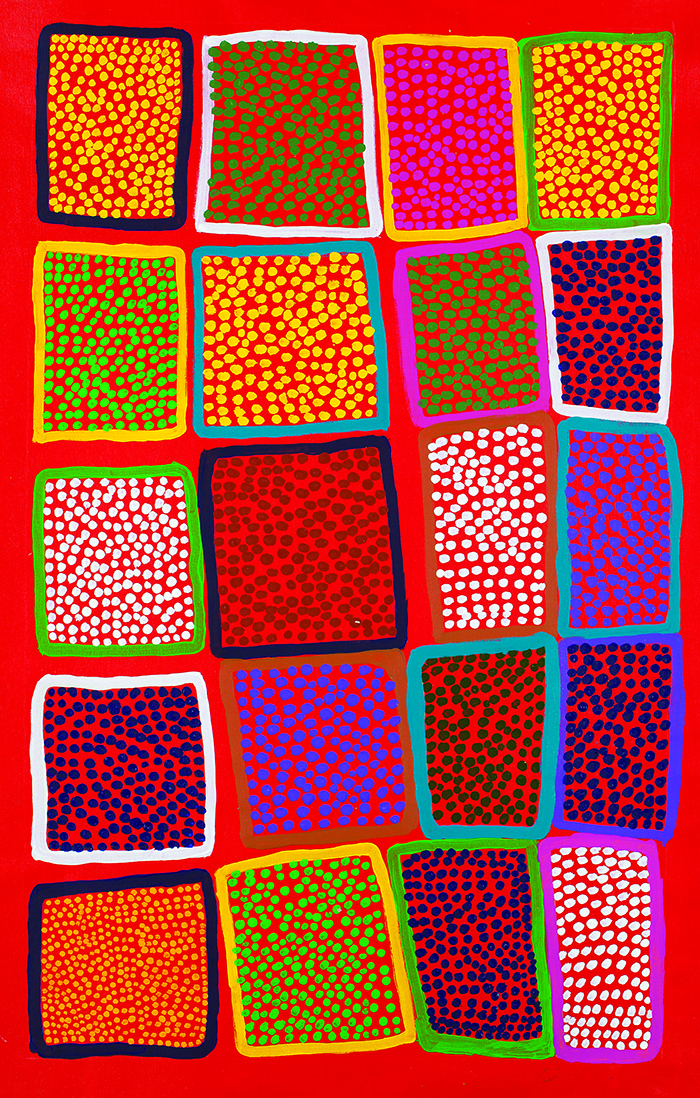 LUCY WARD
Lucy was born in Ngarangarri country that is now part of Beverley Springs Station (central Kimberley). Her dad and grandfather used to paint the Wandjina in the caves, and she used to watch them. For Lucy, painting brings back good memories of footwalking the country. Sugarbag Story, Mossenson Galleries, February 3-27. 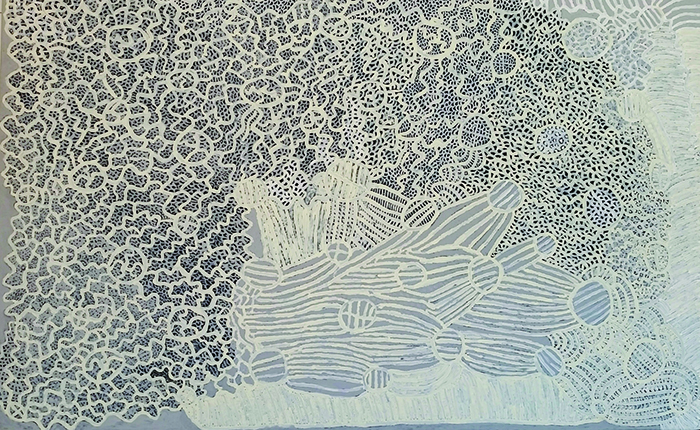 BETTY MUFFLER
Betty Muffler is a renowned Ngangkari (traditional healer). She learnt her practice from her father and aunties. Betty works extensively with local and interstate clinics and medical practitioners to support a holistic approach to healing and
good health for Anangu. The Gift Collection: Art + Objects: Small + Affordable, Artitja Fine Art, until January 31. 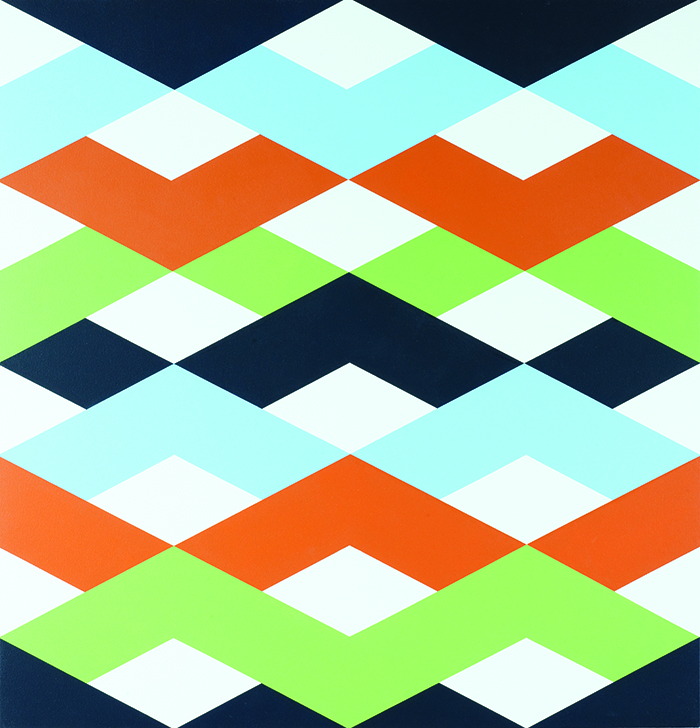 TREVOR RICHARDS
Trevor Richards is a distinguished Perth artist whose practice includes painting, sculpture, installation, video and architectural interventions through his membership of the public art collective, AC4CA. His work focuses on making connections between late modernist abstract painting, mass-produced objects and popular culture. With its serial zig-zag pattern of four colour bands, this painting refers to Richards’ ongoing interest in minimalism and its repeated systematic forms. Since 1999, Richards has limited himself to four colours, an undertaking he calls BYOG after the hues in question (blue, yellow, orange and green), and this guiding principle has informed his work since, without constraining the visual outcomes. WA Focus – TR+AS+JW – Trevor Richards, Alex Spremberg and Jurek Wybraniec, Art Gallery of WA, March 12-May 16. 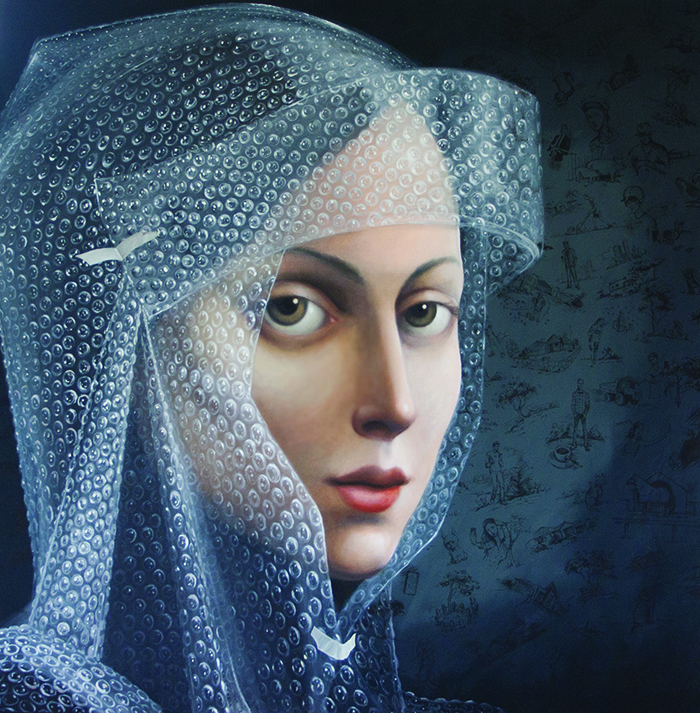 LAUREN WILHELM
The Perth artist combines classically inspired imagery and everyday themes in her latest work, which explores the changeable nature between what is revered and what is disposable. “Juxtaposing classical images and modern themes,
my paintings are my comment on transience,” says Lauren. “I want my canvases to ask questions, and the viewer to find joy in discovering unique and personal answers.” Suburban Intrigue, Jahroc Galleries, December 27-January 17. 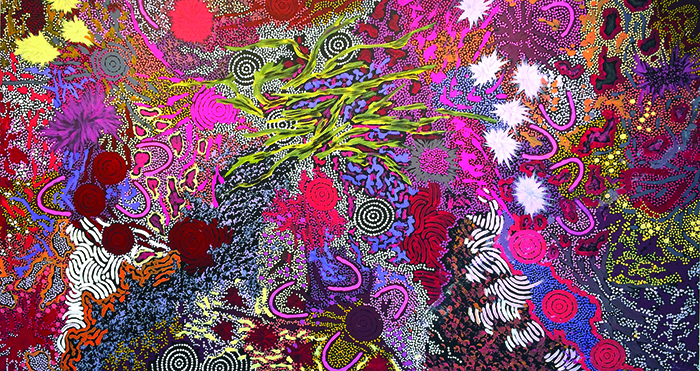 GABRIELLA POSSUM NUNGARRAYI
Gabriella was born in 1967 at Mt Allan in the Northern Territory.She is the eldest daughter of the late great Clifford Possum Tjapaltjarri, but has emerged from her famous father’s long shadow to become a highly regarded, internationally recognised artist in her own right. This amazing painting, Grandmother’s Country, depicts certain aspects of what her grandmother perceived her country to be like, by displaying myriad iconic symbols signifying people, water holes, landscape formations and various types of bush tucker. Desert Delights, Aboriginart, through January. 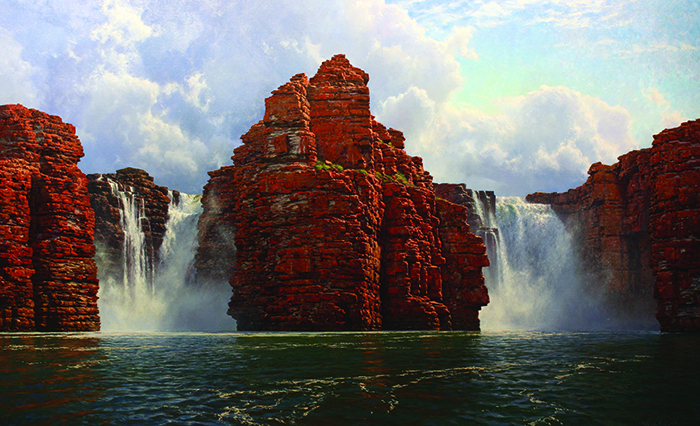 ANDREW TISCHLER
Andrew Tischler is an Australian artist who paints realism landscape paintings, portraits and wildlife. He immerses himself in nature and travel, with a mission to paint the landscapes of the world and to celebrate the creatures and people who inhabit them. Twin Falls celebrates the sublime beauty of the natural Kimberley waterfall landscape. Employing cleverly mastered realism techniques, Tischler’s dramatic sense of light, movement and texture in its depiction leaves the viewer in awe. Jahroc Galleries. 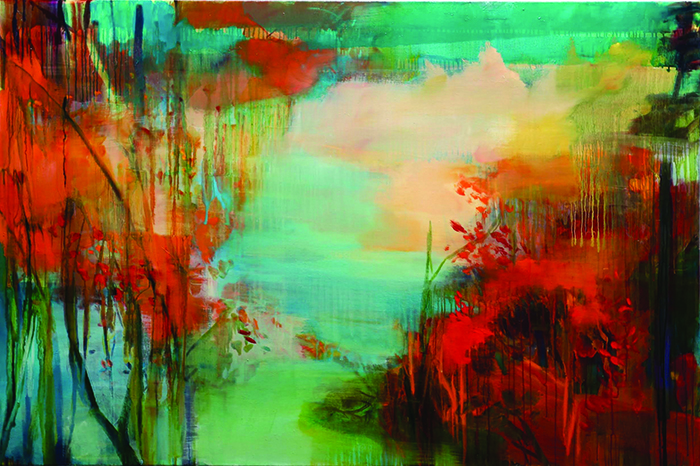 JACINDA BAYNE
Jacinda Bayne is an emotive colourist, her works depicting an intertwining of memory and place. Inspired by the world around her, these paintings are not just her interpretation of what she sees but a fusion of experience, landscape and emotion. Christmas Exhibition, The Studio Gallery, December 16-January 10.

BRETT WHITELEY
Brett Whiteley is one of Australia’s most loved artists. He was born in Sydney in 1939 and enjoyed considerable early success. His work was included in the seminal exhibition Recent Australian Painting (alongside Sidney Nolan, Arthur Boyd and more) at the Whitechapel Gallery, London, 1961, at the age of 22.
American Dream, American Nightmare, Art Gallery of WA, until February 21. 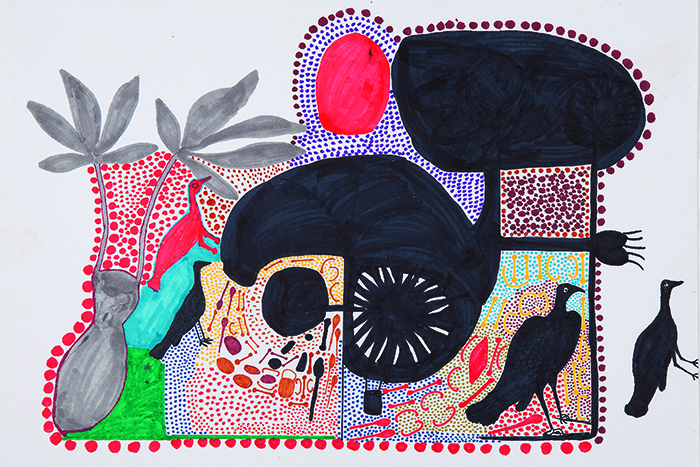 NGARRA
As a young man, Ngarra began a long and successful career as a cattleman. During quiet times in the wet season, he would walk the country, attending ceremonies of life, death and the afterlife. In his 70s, Ngarra turned to art, developing an electrifying and sophisticated style of painting and drawing producing works in ochre, acrylic and texta. Ngarra: The Texta Drawings, Mossenson Galleries. Book on display from November 25. 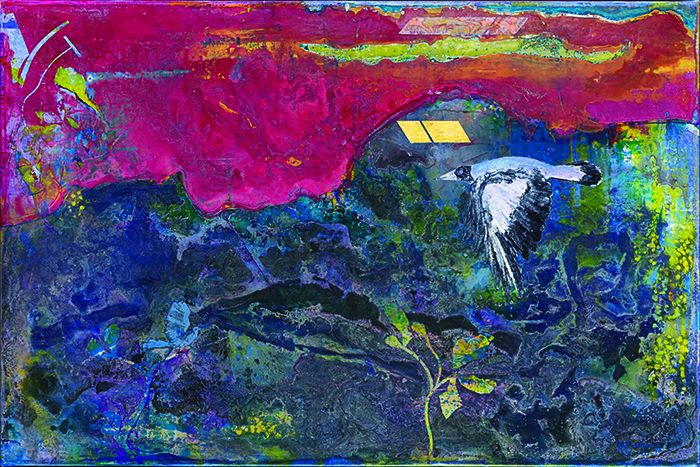 BEN JUNIPER
Ben Juniper is well known for his sculptural works, but has painted since his early years. Surrounded by artists and art throughout his life, Ben will exhibit his first solo exhibition of paintings from December 2015. Ben Juniper, Margaret River Gallery, December 27-January 17.