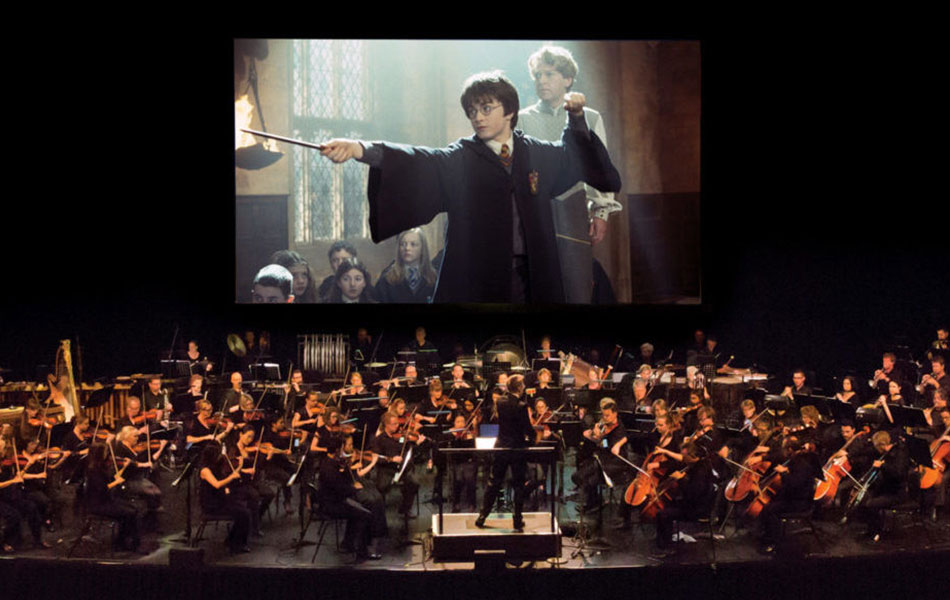 WASO behind the scenes: When live music and film come together

WASO production manager David Cotgreave speaks to Scoop about being a soundtrack geek, organising live movie concerts and why not even a thunderstorm can stop them putting on a great show.

David Cotgreave has possibly one of the most intense jobs in the Perth arts industry; as the Production and Technical Manager for the West Australian Symphony Orchestra, he’s responsible for every aspect of planning their rehearsals and concerts from the stage layout and lighting, right down to making sure the big screen is big enough.

Despite being an organisational whizz, being behind the curtain wasn’t his first choice of career. ‘My background is actually as an actor,’ he says. ‘I trained at WAAPA a long time ago, before that I did a degree at Curtin University in theatre and film. Once I graduated I used that technical side of things to supplement my income as an actor and it eventually took over.’

The rest, as they say, is history and since then David has worked for a number of high-profile organisations including Perth Festival and at the Olympics. ‘I’m very lucky to have worked full time in this industry for nearly 30 years,’ he says.

Currently David and the team at WASO are preparing for the latest in the orchestra’s movies in concert series, which sees hit films such as Harry Potter, Lord of the Rings and Back to the Future played on the big screen while the orchestra plays the soundtrack. ‘I think events like this bring the orchestra to a different audience,’ says David. ‘It opens it up to people who really enjoy the movie, or even the genre of that movie. Or even for people like me – a complete soundtrack geek – to hear your favourite soundtrack played in full, live, is not an experience you’d normally get.’

Planning for an event like this starts about 18 months ahead of the opening night, says David, and it’s a real challenge for everyone – especially the orchestra.

‘The music, especially Harry Potter, is really hard work. For the players, it’s like running a marathon, because this music isn’t designed to be played through from beginning to end; it’s meant to be broken up into bits. But these guys get two rehearsals where we do the film in order, then we do a third general rehearsal where we run the whole thing and that’s it.’

Despite the best efforts of David and the crew to make sure everything runs smoothly, sometimes even they can’t predict a sticky situation arising

‘There was a thunderstorm the night we had one of the Back to the Future events,’ he says, ‘which ties in nicely for that film but I was literally one minute away from calling the start of the show, and we lost power to the entire building. You can’t predict that kind of thing, but you can predict what your response will be, so it’s just a matter of everybody keeping a cool head. We got back up and running in a couple of minutes which isn’t bad.’

After so many incredible concerts, David finds it hard to pick a favourite. ‘Oh my, they’re all different,’ he says, ‘but I think for me so far it’s Back to the Future, because even though it’s not the grandest of soundtracks it was a lot of fun … and I got to sit in the DeLorean.’

WASO performs Harry Potter and the Chamber of Secrets live at the Riverside Theatre, PCEC on November 10 and 11. Find out more.