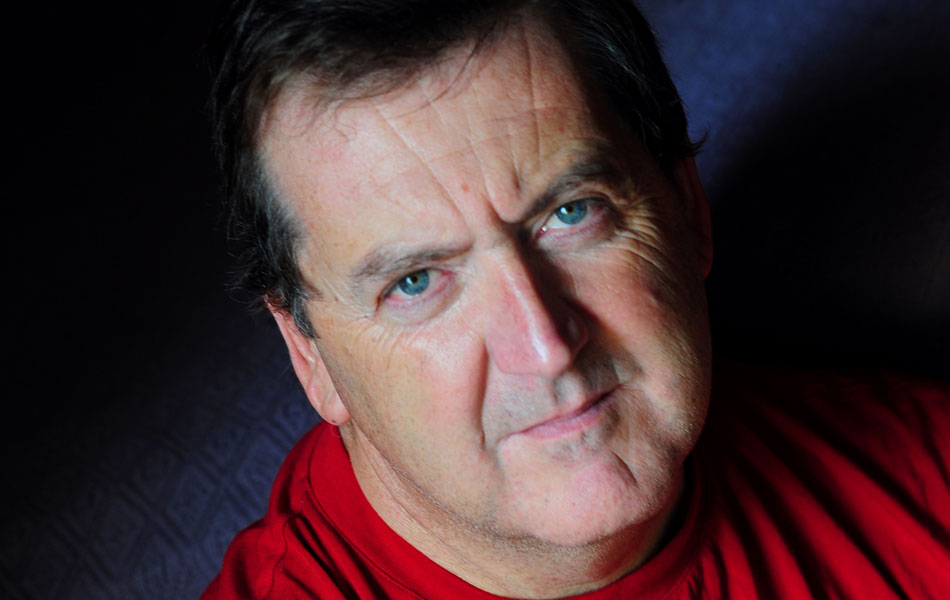 The crime writer on living in New Zealand, writing about dark issues and why he made the move from the Cato Kwong novels.

Crime writer Alan Carter has been jetlagged for most of the time he’s been in Perth, having nipped over from New Zealand to promote his latest book, Marlborough Man.

Set between the Marlborough Sounds area of South Island, New Zealand and Sunderland in the North East of England, Marlborough Man follows Sergeant Nick Chester as he investigates a grisly series of child murders. But as this dangerous predator – nicknamed the Pied Piper – hunts his victims, Nick Chester also finds himself hunted by a man from his past back in England, a man who will stop at nothing to destroy Nick and his family.

Sleek, gritty and utterly gripping, Marlborough Man is packed with Carter’s trademark style and flair for a fast-paced plot. It’s a read-it-in-one-sitting kind of book. But what made the author step away from the WA setting of his previous novels?

‘We moved over to New Zealand and I was meant to write the fourth Cato Kwong novel, but the house that we’re in over there is in the Marlborough Sounds area and it’s pretty spectacular; we’ve got mountains and rivers just out of the window. So that environment took over and Marlborough Man came out instead.’

Much of the action takes place in Sunderland, an ex-industrial town in the North East of England. For a fellow northerner, Carter’s depiction of the area and it’s people rings true, but did he worry that by using such a relatively unknown setting it would alienate some readers?

‘Not particularly,’ says Alan. ‘I like reading books from all over the world and I think Aussie and Kiwi audiences do too.

‘People like to read about anywhere as long as it’s a good story.’

And it is a very good story, but in dealing with issues such as murder, rape and child abuse it takes the reader to some very dark places. ‘I think you have to be quite thick skinned to be a crime writer because you dig deep for the darker side of what humanity is capable of,’ says Alan. But the devil is not in the detail for him; ‘There are some books that go into quite graphic detail, but I leave it to the power of the imagination instead, which sometimes can be worse. The power of the imagination is the best thing to look for when you’re alluding to what humans can be capable of.’

Alan works a documentary maker in film and TV and has done for the last 30 years, but when his wife offered to ‘bring home the bacon’ and leave him to write his first crime novel, he jumped at the chance. ‘She basically made me an offer I couldn’t refuse whereby I stayed at home and was a kept man,’ he says. ‘I’ve never been a born writer, but I took full advantage of the offer she’d made.’

Years later and Marlborough Man marks his fourth hit crime book. But what’s next? ‘Next cab off the rank is Cato book four,’ he says. ‘I’ve finished the first draft of that so hopefully that’ll get the next one out. Those legions of Cato fans had been waiting patiently and they got a bit of a shock when Marlborough Man popped up instead. But it’s coming their way now.’

Marlborough Man is published by Fremantle Press and is available now. RRP $29.99