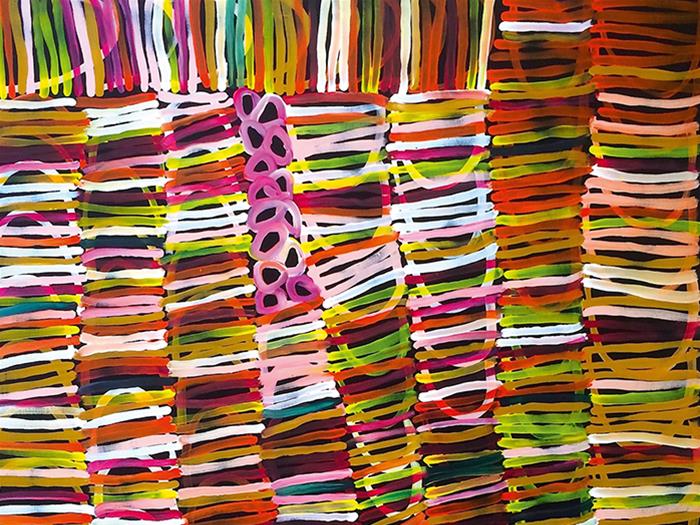 Artist | Internationally acknowledged as one of the greats of the Aboriginal art world, Minnie began her career in the 1980s with a series of batik prints. Following that success, she transferred her talents to acrylic paint on canvas. She passed away in 2006.
Artwork | Minnie painted stories of the Awelye or Body Paint Design for special women’s ceremonies. The distinct ‘U’ shapes represent the women’s breasts with their painted ceremonial stripes. The smaller circles symbolise the bush melon seeds. 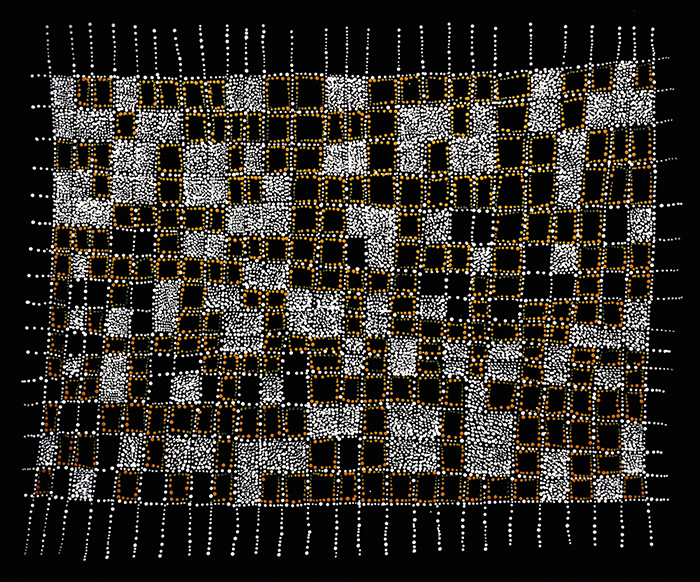 Artist | One of the leading artists of contemporary Aboriginal art, Dorothy perfected a stunningly minimalistic dotting technique. She won the overall 2001 Telstra Award, with category wins in 1991 and 1999. Sadly, she passed away in 2013. Her top auction price is now just under $130,000.
Artwork | In this contemporary masterpiece of simplistic and raw honesty, Dorothy depicted aspects of the salt flats in the desert near Mina Mina. Her brilliantly dotted shapes represent the dried crusted earth in a topographical overhead viewpoint. 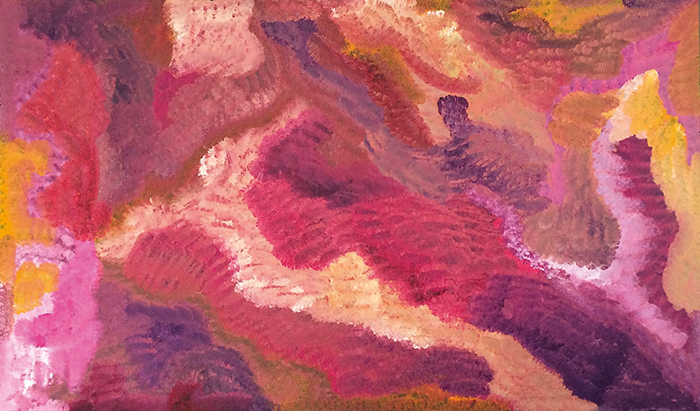 Artist | Born around 1940 in the Utopia region, Evelyn began painting seriously in the early 70s and has featured in many local and overseas exhibitions and public and private collections – including The National Gallery in Canberra. As testimony to her unique talent, Evelyn won the highly coveted and prestigious 2005 Telstra General Painting Award.
Artwork | This piece symbolises the bush yam flowers bursting into life after the spring rains. This magnificent painting style is reminiscent of her late aunt, Emily Kngwarreye. 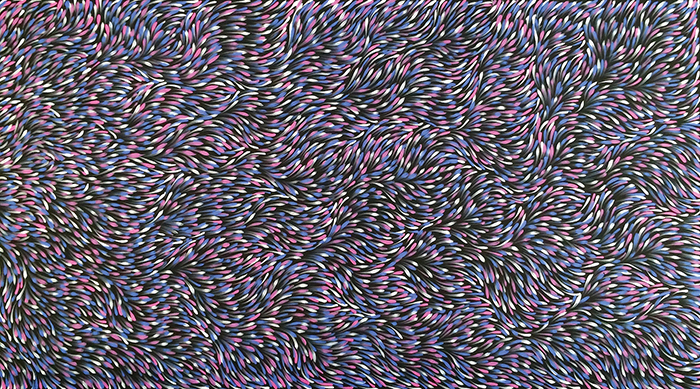 Artist | Gloria was one of the pioneering founders of the Utopia Womens’ Batik movement. She later transferred her vast talents to acrylics on canvas and her career has continued to blossom ever since. Widely exhibited around the world, Gloria has several pieces in The National Gallery in Canberra and has a top auction price of $78,000.
Artwork | The medicine leaf in question is a leaf from the kurrajong tree that the women have collected for centuries to use in various natural bush medicines. This stunning example of subtle beauty and mesmerising movement symbolises the leaves as they swirl on the ground in the gentle desert breeze.