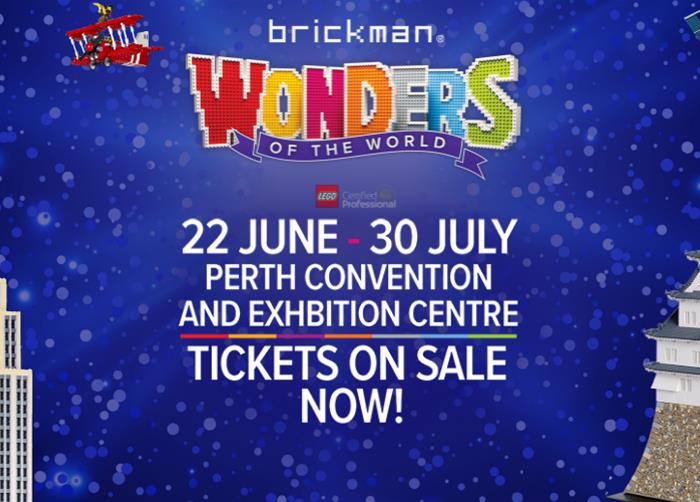 A ton of bricks – Australia’s only certified professional Lego maker

13 Jun, 2017
Web
Formerly the chief information officer at a media company, Ryan McNaught, affectionately known as The Brickman, left his job to become Australia’s only certified Lego maker! I caught up with Ryan to talk about his latest exhibition, Wonders of the World,cool and his passion for all things Lego!

Ryan’s first project with the Danish company was working on Mindstorm, a product teaching kids robotics in schools and that led to him doing a bit more work for them in his spare time.  By now, he was working 8 hours a day in his IT job and spending another 8 hours on Lego projects so he eventually made the decision to do LEGO full time.

“The decision was a no-brainer because I got to play with Lego all day!”.

Ryan says his favourite part of the job is when the public gets to see an exhibition for the first time after he, and his team of six staff, have spent months building models.

Ryan’s latest exhibition, The Wonders of the World, comprises 50 ancient and modern wonders of the world, and if bridges and skyscrapers, an international space station, castles and churches aren’t enough of an attraction, Ryan’s exhibition also features interactive components where you can build, and be apart of, the models themselves.

“In the Arc di Triumph, you get to build the traffic jam that goes around it.”

After seeing the way kids interact with each other in his exhibitions, Ryan says kids don’t get the same experience from playing on an iPad or doing Mathletics.

A parent of 9-year-old twin boys himself, Ryan says the interactive components not only catch kids’ attention, but sneak in educational elements without them knowing about it. They are learning to create, build,  design and work together, all the while using their imagination.

“Interactive learning is also a good way to get kids away from screens. They are learning and knowing but they don’t see it as learning because they’re having fun at the same time”.

Ryan’s passion for his profession and the joy he gets from sparking the imaginations of people of all ages is remarkable, however he says the job does not come without challenges.

Every one of the models is unique which requires him to learn different techniques and research the subject matter to make the model accurate. For example, with the Ancient Gardens of Babylon, Ryan wasn’t able to visit them or watch a video on the internet so he took his time talking to experts and perusing historical texts.

Ryan says everything he makes is different and challenging, but that’s what makes the job so fun and interesting.

“To make something round out of square bricks is really difficult; there are lot of challenges.”

Ryan is also fascinated by the exhibition’s giant map of the Tokyo subway system, where people can see how the equivalent of the entire population of Australia is moved efficiently on the subway system.

This is a wonderful exhibition for all ages but make sure to allow a bit of time as there is no way you are getting you, or the kids, out of there quickly.

The Wonders of the World exhibition will be on at Perth Convention and Exhibition Centre from 22 June – 30 July.