The 2021 Japanese Film Festival has officially been launched. Returning to Perth for its 25th year, the festival will be screened at Palace Raine Square from November 4 – 7.

The Festival program features 15 films spanning a diverse selection of genres including action, anime, drama, documentaries and much more.

Opening the Festival is Hokusai, Hajime Hashimoto’s biopic about the wild life of legendary Japanese ukiyo-e artist Katsushika Hokusai which takes place during the Edo period when many facets of popular culture were suppressed by the shogunate and labelled as ‘morally corrupt’. The film considers the role of art as a political act against a governing system.

Under the Open Sky is about a hardened ex-yakuza who sets out to find his long-lost mother after thirteen years behind bars. The film won the award for Best International Feature Audience Choice at the Chicago International Film Festival

Winner of Best International Feature Film at the 93rd Academy Awards, True Mothers is an emotionally charged family drama about an adopted son and his birth mother. The film is directed by critically acclaimed filmmaker Naomi Kawase.

For the thrill-seekers, The Night Beyond the Tricornered Window is an occult mystery following a crime-solving duo who investigate grisly murders both human and otherworldly. Additional thrillers featured in the program include:

l Amok, a tech nightmare in which a benevolent medical AI malfunctions with deadly consequences.

Additional program highlights include Poupelle of Chimney Town, the tale of a young chimney sweep who embarks on an adventure in search of the stars beyond his grimy steampunk-esque town.

The Deer King, an epic fantasy story about a world plagued by a deadly ‘Black Wolf’ disease and the two survivors believed to hold the cure for the epidemic.

Sumodo ~ The Successors of Samurai ~, an eye-opening documentary that delves into the intimate workings of what it means to be a professional sumo wrestler in modern Japan.

The Fable: The Killer Who Doesn’t Kill, an offbeat comedy about a metalhead singer whose wish for the demise of her disapproving father is realised with chaotic results.

It’s a Summer Film, a nerdy sci-fi and samurai film that is the ultimate teen tribute to old school samurai spirit heroes.

Mio’s Cookbook is a nourishing testament to the power of food in bringing people together, this period drama is a visual feast and best enjoyed with dinner plans!

Not Quite Dead Yet features metalhead singer Nanase and her relationship with her emotionally clueless widowed dad who expects her to quit the band and get serious by joining his big-time pharmaceutical company.

Step offers a subtle, reflective take on the nuanced tradition of Japanese family drama following the sudden death of a young mother that opens a well of grief in the rest of the family.

The full festival program can be accessed here.

The Margaret River Region Open Studios offers visitors to the region the opportunity to meet artists in their private studios, which are opened to the public over a 16-day period from September 11- 26. The intimate setting creates the perfect occasion for artists to share their stories and appreciation for their art form. Visitors can […]

While times may change, the keys to success rarely do. No one knows that better than Rikki Lea Bestall, whose passion for film took her from Perth to LA and then back again as CEO of Screenwest, helping to fund and support the development and production of film, television and interactive projects in WA. Rikki’s […] 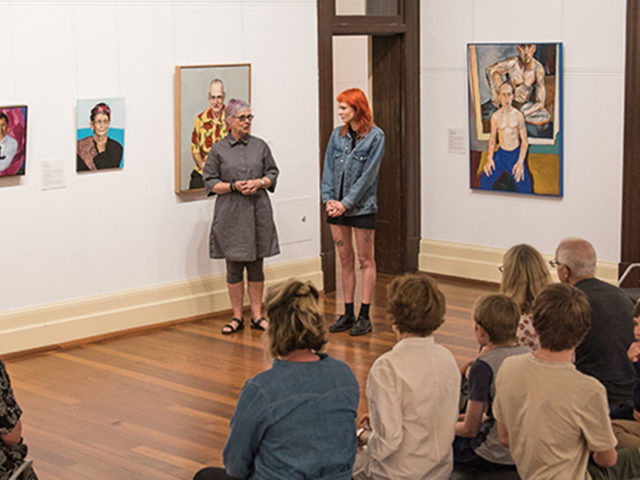